Barry Steelman has the name and dapper appearance of a Hollywood leading man, but his film career has been dedicated to providing places for cinephiles, like himself, to watch and appreciate great movies. Many still remember his fabled Cinema 93, but it’s Concord’s Red River Theatres, an independent, nonprofit, downtown movie theater, that will likely be his legacy. His influence as a purveyor and proponent of film just earned him the “Van McLeod Award” at this year’s NH Film Festival. 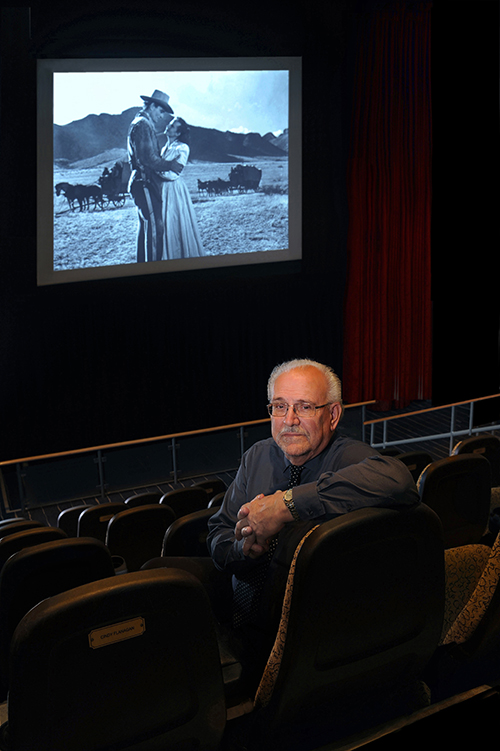 The late Van McLeod (seen here on the right of NH Film Bureau chief Matthew Newton) was the NH Commissioner of Cultural Resources for decades and is still a legend to the many artists and filmmakers he encouraged and assisted along the way. His memory is honored each October at the NH Film Festival in Portsmouth with an award named for him. Steelman, who was a longtime friend of McLeod’s, was the 2018 recipient.