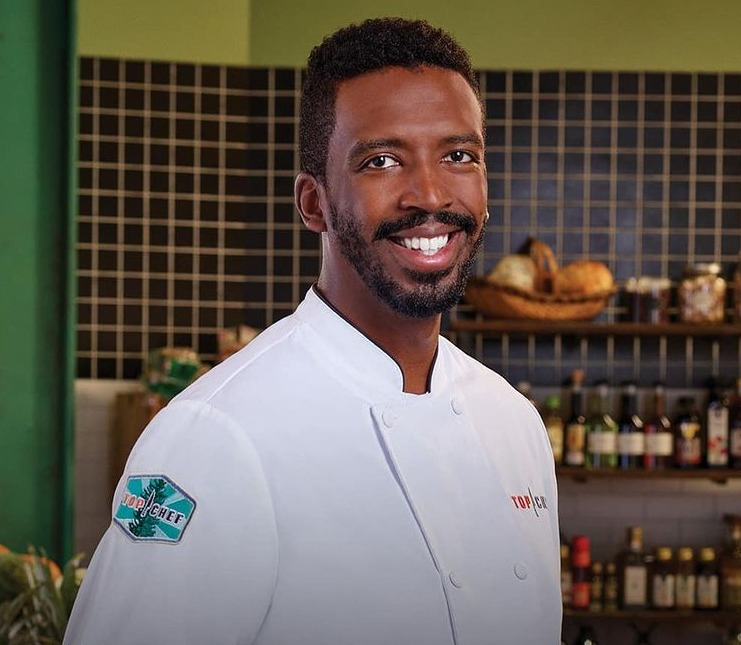 Chris Viaud of Greenleaf in Milford will compete on season 18 of “Top Chef.” Courtesy photo

A local culinary expert will take his talents to Bravo’s “Top Chef.”

Chris Viaud, the chef and owner at Greenleaf in Milford, will be a contestant on the upcoming season, which debuts on April 1 at 8 p.m. Following an extensive audition process, the well-known Granite State chef was chosen to compete against 14 other culinary experts.

“Just hearing the words ‘you have been chosen for competing on this season of Top Chef,’ that was just mind blowing to me,” Viaud says.

Fifteen talented executive chefs and restaurant owners bring their unique skills and culinary backgrounds to Portland, Oregon, where they’ll vie for the coveted “Top Chef” title. The city will provide a beautiful backdrop and inspiration, while the “cheftestants” complete a variety of cooking-related challenges, including feeding frontline workers, going “crabbing” as a tribute to culinary icon and Oregon native James Beard and celebrating PDX’s Pan-African cuisine and culture.

Viaud, a longtime “Top Chef” viewer, first got involved with the show when Adrienne Mosier, a chef he worked with at a previous restaurant and a “Top Chef” alum, encouraged him to audition. She had a great experience participating herself, and threw Viaud’s hat in the ring for this upcoming season’s audition process.

The experience was full of self-discovery and challenges for Viaud. “It was an incredible experience to just see their passion, their techniques, their drive and also have a moment of self discovery for myself and see where I lie, as a chef, and who I want to become as a chef. That was the biggest takeaway that I took from it is learning about myself, my talents, my skills and how long, hard I’m willing to push myself,” he says.

Viaud owns a farm-to-table restaurant, Greenleaf, and an artisan bakery, Culture, in Milford.

Greenleaf is a new American restaurant featuring seasonal ingredients and handcrafted dishes. Its farm-to-table concept is attractive to townspeople and travelers alike. Culture is a from-scratch bakery that sells home-baked items such as artisanal breads, pastries, and sandwiches while pursuing the goal of supporting local farms and farmers. (See Emilee Viaud’s Culture recipe for cranberry orange scones.)

Viaud received a bachelor’s degree in culinary arts and food service management at Johnson & Wales University, and then began working at several esteemed restaurants in the Massachusetts and New Hampshire area. He spent three of his most formative years working at Deuxave, a modern French restaurant in Boston.

Viaud said the biggest challenge he faced while competing was himself. “There’s many challenges throughout the course of the show as you know, and each one kind of takes you back and allows you the time to think about your talents, what you want to express, is it something new that you’ve learned, is it something that you’re willing to kind of throw yourself out there and do something completely out of the box,” he says. He drew from his culinary background and previous experience to express himself and define who he is as a chef.

So, what’s next for Chef Chris? In addition to his work at Greenleaf and Culture, Viaud and his family will continue hosting their series Sunday Haitian Dinners. They cook authentic, traditional Haitian food and offer the menu to the public, a chance to share their culture with the community.

Tune into Bravo starting April 1 at 8 p.m. to see Chef Chris and the rest of the contestants compete in high-energy, entertaining challenges and events during the “Top Chef” season premiere. Check out a preview of season 18 here.

The companion series, “Top Chef: Last Chance Kitchen,” will air online starting April 8. Eliminated chefs cook against each other once more in hopes of reentering the competition. These episodes will be available on bravotv.com or wherever you stream “Top Chef.”

Back and Better Than Before: Hit the Decks Returns as a Five-day Celebration

Something for Everyone at Loulou’s Bakery

Spice up Breakfast With Locally Made Thai Tea

Sunapee Harbor Is a Hidden Gem