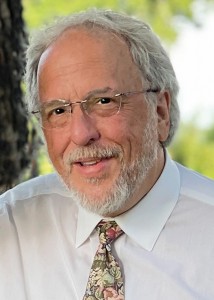 I once walked in an early version of what’s now known as the metaverse via an online app called Second Life. It included a whole digital world and a downscaled version of real life. It even featured a virtual “New Hampshire.”

That was my excuse for dabbling in online role-playing as a (at the time) 50-something-year-old grown-up man. I learned how to navigate virtual space (not easy) and began constructing my avatar by choosing body parts and features from a menu. I opted out of the “furry” and “tiny” variants and designed an avatar that looked a bit like me, even adding a touch of gray, but with a much buffer physique (why not?).

Awkwardly traversing this new world, I struck up a few conversations along the way, but my “noob” status was pretty evident and most of the avatars I encountered seemed either too self-involved to forge a connection or simply uninterested. Like all communities, this one had some helpful folks who eventually guided me to places where I could shed my embarrassing off-the-menu accessories that were exposing me as a greenhorn.

After I learned to “teleport” (which is like simply lifting off the ground and flying), I was able to explore more widely and eventually found the most “New Hampshire” thing I could: a hangout for Granite State Free Staters. It was like a penthouse party pad, lavishly furnished and equipped, decorated with posters espousing libertarian ideals. It was also empty. In fact, most places I visited were empty. The only crowds I could find were at various concerts and dance parties. Eventually I discovered a “red-light” district that also had a lot of traffic. Soon after that I lost interest.

The recent name change of the Facebook empire to “Meta” brought all this digital memory back to life. Along with the new moniker, the company plans a new instrusion of digital reality into our common spaces and places through augmented reality (enhanced by special glasses or, someday, contact lenses) and by taking our new Zoom-enhanced telecommunications to new extremes.

What if, rather than stare at a array of faces on a screen for your meetings and get-togethers, you could “stand” in a “room” with “them” and “chat” (with actual voices and, someday, mayber, pure thought) with your friends and colleagues. Oh, and you can decide how buff (or furry) you’d like to be that day when you log on to your terminal.

Not that impressed by the concept? Me either — not that we get much say in whatever is the next thing coming down the information superhighway (that Al Gore-era term for the internet sound so quaint now). And never underestimate the ability of people to sell the world new gadgets and repackaged technologies.

The most common exposure to worlds like Second Life in recent years has been through youth-oriented apps like Minecraft or online games like World of Warcraft. The idea of a commercially viable virtual world leaping off our screens and “mirroring” or “augmenting” our external reality seems like a gauntlet thrown down for all lovers of the world the way it is. Do we really want someone augmenting everything for us?

I guess we’ll find out, but after a couple of years of pandemic-closed or -modified attractions, limited travel, and masked encounters between friends and family, can’t we just get out and explore the real reality for one summer?

That’s the purpose of this special issue of New Hampshire Magazine: to remind everyone (including ourselves) just how rich and varied a landscape we possess here in the Granite State and to give you nearly a hundred good reasons to get out in it. To achieve this, we tapped our own brains and invited a roster of some of the state’s most trusted personalities to contribute their suggestions.

I suspect we missed some spots that you, dear reader, would have recommended, so please take a moment to share those with me to appear on our Feedback page this summer.

And if the metaverse actually is your thing, let me suggest one real place you still might want to visit: the statue of video game inventor Ralph Baer in Manchester’s Arms Park. It was Baer’s brilliant whimsy that opened the door for us all to find a world of play and adventure even among the infinite ones and zeros of the cybernetic universe.