You’ll see them everywhere during the holiday season, enduring the weather and ringing a bell. What you don’t see is them working on the invisible frontlines, offering help and providing for needs all year long. Safe beds. Warm meals. Christmas toys. Disaster relief. Helping wherever and whenever. Meet Richard Starkey, a major in the Salvation Army. He’s been doing good things for decades now. So, brothers and sisters, take care of each other and you will jingle all the way. Ring-a-ling, hear them ring. Wishing you all a warm and healthy Christmas, with bells on. 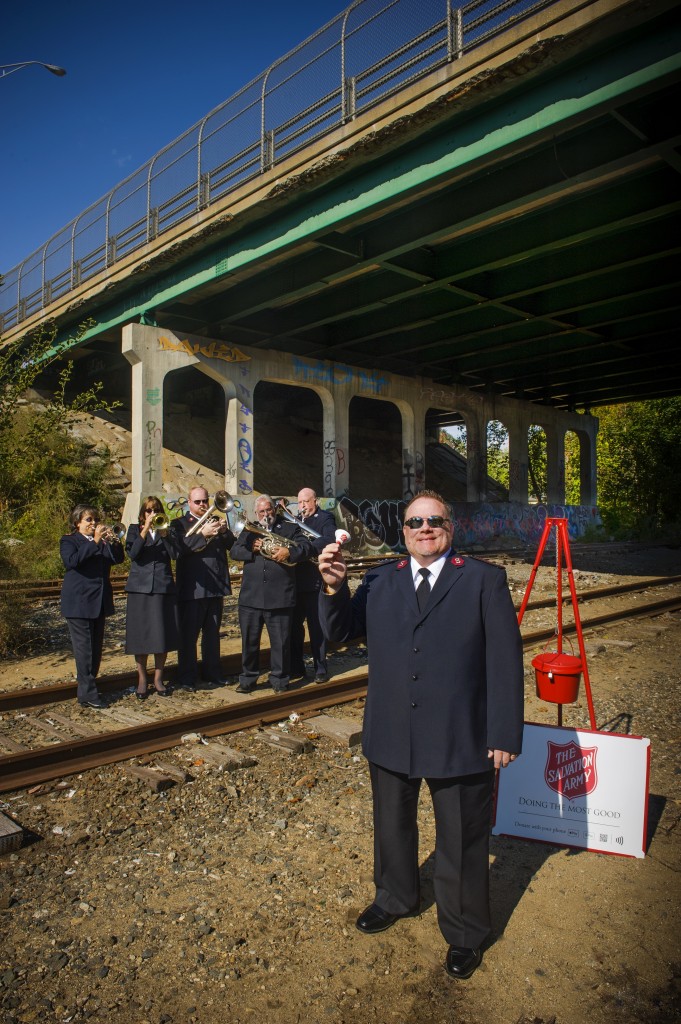 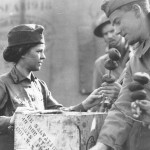 The Salvation Army started in London in 1865, but began in the USA in 1880. TSA is well known for sending 250 volunteers to France during WWI to serve donuts to the soldiers. Every year, National Donut Day is celebrated in the US on the first Friday in June in honor of these volunteers. Today, TSA has an official presence in 131 countries, and unofficially in a few others. The first kettle was used in San Francisco at the Oakland Ferry Landing by Capt. Joseph McFee, who wanted to provide a free Christmas dinner to the homeless and needed money to cover the cost.

COVID-19 concerns will hamper some collection efforts this year, but donations can be made at concord.salvationarmy.org or by texting ConcordSA to 41444.

Band left to right: Jean Henderson, cornet; Capt. Nora McNeil, cornet; Lt. Brian Perks, alto horn. Richard Starkey is in front. Thanks to Concord’s Friendly Kitchen for enabling access to the photo’s location, an underpass in a part of the city where many homeless take shelter year-round.

Godsmack's Sully Erna on the Miracle of Music