He dwells mainly in the forest, scouring for food, taking simple pleasures by a stream, likely just playing his recorder. He knows where all the wild berries grow. When the elements bite, he seeks refuge in his gypsy van. And he tells stories for a living. From toddlers to grandparents, he’s been enthralling people for 35 years. His arms soar and gesture, his face contorts to mimic the character, and his voice booms and bellows, then drops to a knowing whisper. Meet Papa Joe Gaudet, raconteur and gentle soul. He keeps his life unencumbered, liberated from those silly things that distract the rest of us. He has all that he needs. And he’ll make you smile. 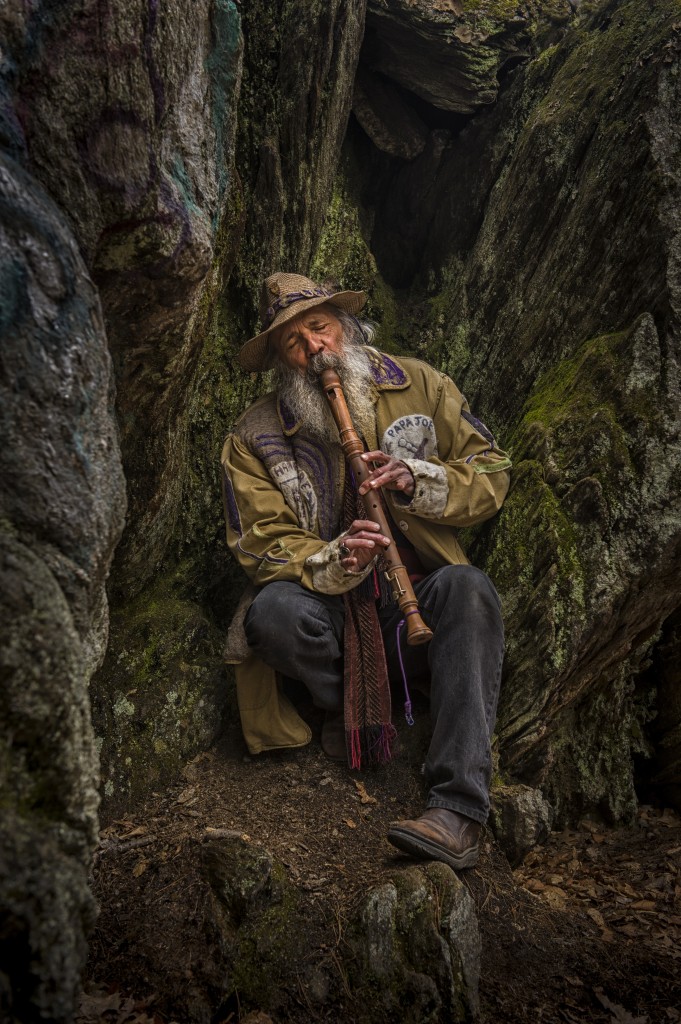 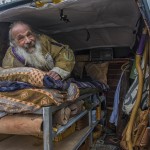 Where is Papa Joe? When he’s not on a gig or foraging for fruit and mushrooms in the woods and fields, or playing his baroque tenor recorder by some gurgling stream, you can usually find him snug in his “vardo” (gypsy caravan), a 2013 Ford van (bought with the help of friends and fans) that he’s named “Grateful.” You can also find him on his website or on his Facebook page where he hosts a daily 10 a.m. “telling” for kids of all ages. Papa Joe says it’s important for storytellers to practice every day, even during (maybe especially during) a quarantine. “I believe that every day I indulge my art, I improve,” he says.