In a large storage unit in Newington, a bug-eyed ukulele, a bloody arm, and characters named Tragic George and Juniper lie dormant in the wings, awaiting their cues as videos stream live on Twitter to archive on YouTube. Meet Angie Tv, a relentlessly committed performance artist and conceptual comedian. Her productions tiptoe around conventional reality, then wander off to somewhere else. She also does a spot-on imitation of a rubber chicken. To experience something unique, duct tape some old rabbit ears to your internet machine and tune in to Angie Tv. Let her entertain you. 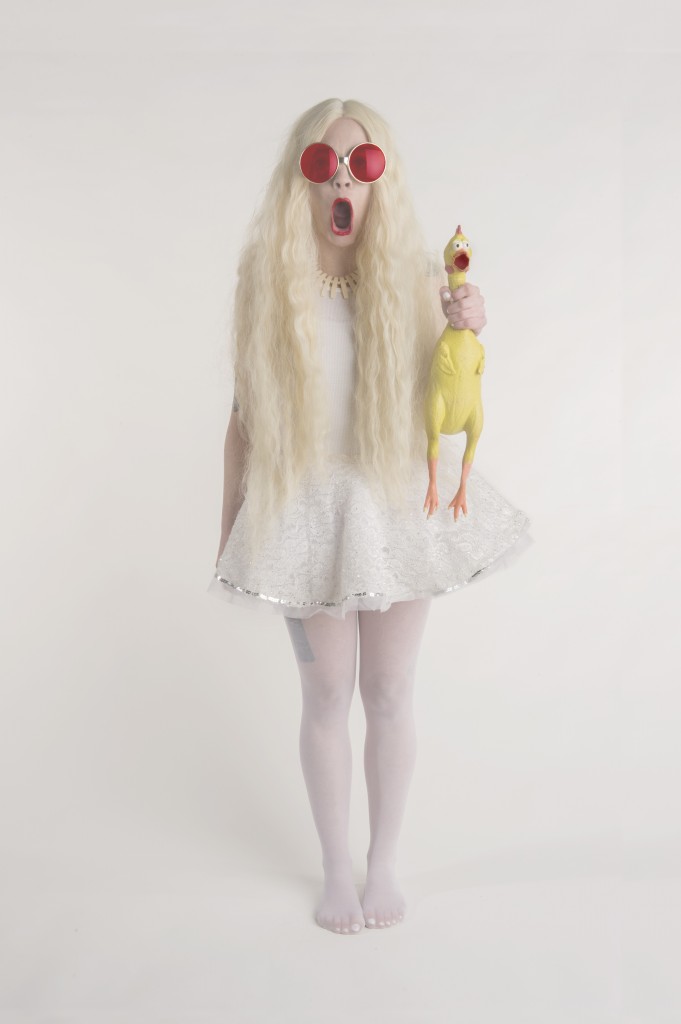 Both Stage and Storage 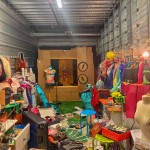 Angie Tv has performed her show in a lot of odd spaces. “I’ve had quite a few sets throughout the years in attics, barns, a wall in my bedroom, and now a big storage unit,” she says. Storage units have become increasingly popular in the past months as quarantined families have remodeled and cleared out spaces in their homes to set up home offices and classrooms, but these relatively inexpensive housing extensions have long spurred the entrepreneurial imagination. Storage units have doubled as band practice spaces, personal gyms, maker spaces/workshops and even survivalist caches, ready to be opened in case of apocalypse. The mystery of what dwells behind the doors of abandoned or foreclosed units in major metro areas gave birth to the reality TV series “Storage Wars” on A&E. And now Angie Tv has added her personal touch of mystique to the humble storage unit — the adult playground of the cluttered mind of the contemporary consumer. Check her out on Facebook @AngieTv.