Live Free and/or Weird: A Monster of a Cliff 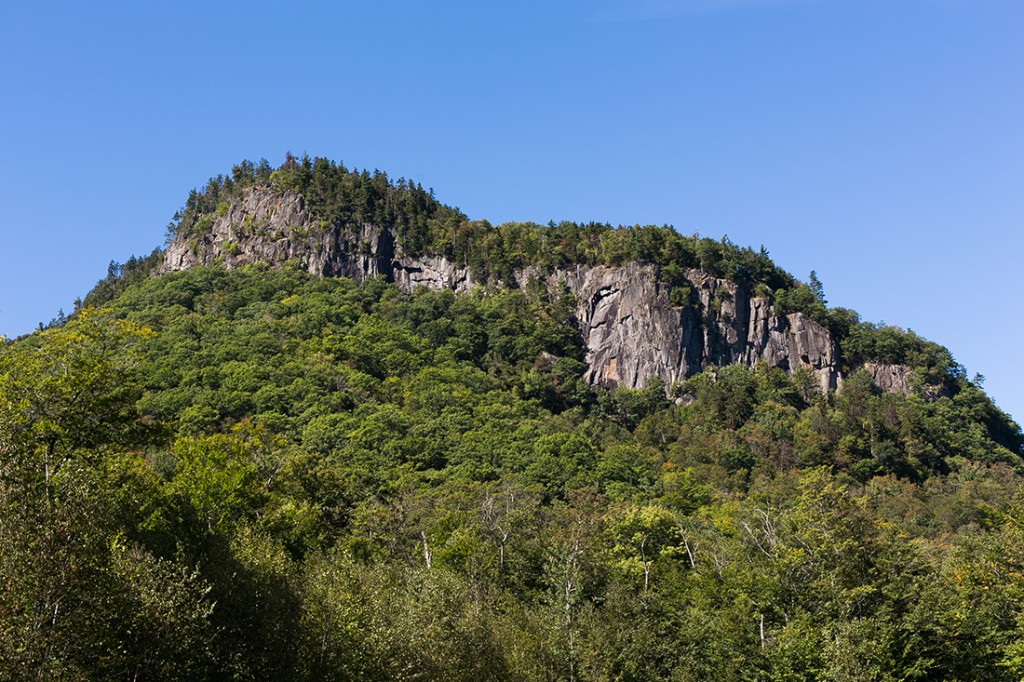 Maybe you’re used to the fact that our state has a geographic feature that shares a name with a famous monster, but it’s never ceased being weird to me. Frankenstein Cliff, outside the town of Bartlett in Crawford Notch, soars 1,400 feet above sea level, and while that makes it a monster of a cliff, its namesake isn’t the lumbering spawn of a mad scientist, is it? Well, walk this way.

Frankenstein Cliff was named after Godfrey Frankenstein, a German landscape painter in the mid-1800s. But, keep walking this way. That’s not the end of the story.

He wasn’t always Godfrey Frankenstein. His name used to be Godfrey Tracht. His father changed the family name after immigrating to the States from Germany. That’s right. They doubled-down on the heritage when they got here, wanting a name that sounded even more German to remember the homeland every time someone addressed him. He chose Frankenstein because they lived near a castle by that name in Germany.

Castle Frankenstein was the home of alchemist and occultist Johann Dippel, who supposedly made a deal with the Devil and experimented on the dead. This same castle and character is rumored to have inspired Mary Shelley in writing her groundbreaking work that is the reason we all know the name Frankenstein in the first place.

Back here in New Hampshire, you can see the scary face of Frankenstein from the parking lot or walk the 5-mile trail loop that passes by 200-foot Arethusa Falls and under a railroad trestle also named for Godfrey Frankenstein.

So a mad scientist in a castle named Frankenstein might have inspired one of our most important books and the family of an artist whose name eventually stuck to a cliff. I think all that means we can tell people that Frankenstein Cliff is at least related to the monster.