"Surround yourself with good people."

Note from the editor: The Leadership Greater Manchester class of 2021 has launched a Business Shower initiative to help support and promote small businesses in the Greater Manchester area. Each month it nominates and votes for a business to shower with support. November’s shower recipient is Diz’s Cafe on Elm Street in Manchester. This is the Diz’s Cafe story. New Hampshire Magazine happily agreed to re-publish the piece and help spread the word about this fantastic New Hampshire business. 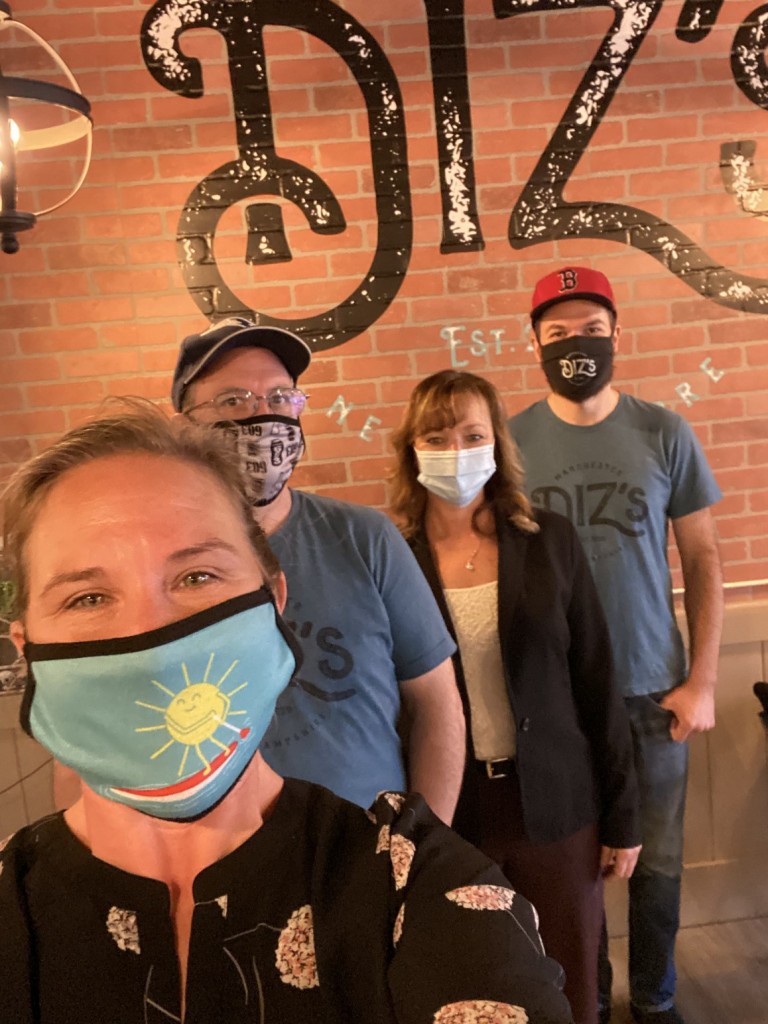 Gary “Diz” Window is a true Manchester native – born and brought up in the city. Gary started in the restaurant business when he was 16 and he’s been in the business ever since. Diz’s Cafe is the first time that he’s been able to open his own place – something he has always wanted.

Diz’s right hand man at the cafe is Billy Martin. Billy and Diz met in 2012 at Shorty’s Mexican Roadhouse, where they worked together for years, first in Bedford and then in Hooksett. Eventually they parted ways. Sometime later, Diz and Billy decided to grab a beer. Diz told Billy that he was going to start a business, and Billy offered to help. The two have been in downtown Manchester working together since last fall, securing a space, signing a lease, demolishing and renovating.

They were about three weeks from opening when the COVID 19-related stay-at-home order came down in March. Unfortunately, that put everything on hold.

Undeterred, they pushed to open in May, offering take-out only. Diz’s Cafe has now been open for more than five months.

We asked Diz and Billy what advice they would give to someone trying to launch a business.

The virus created unforeseen challenges for the team at Diz’s Cafe.

“I don’t think we are where we imagined we’d be before COVID hit,” Billy says “When we first opened, there was a very limited workforce downtown. So our friends and families were our best customers and they kept us going. As the Summer came along, we noticed more people coming back to work and we have made connections with the folks who work nearby. There are lots of people who have taken advantage of our online ordering platform. It’s super easy, streamlined, people can modify the way they need to. People love that we address them by name: ‘Hey John, here’s your food.’ I’ve had people tell me they feel bad they don’t know my name and I tell them ‘I’m Billy,’ and I’ve seen their name more than they’ve seen mine. We just keep it going, building relationships.”

COVID impacted the business in ways they hadn’t considered. Licensing became a challenge because COVID forced so many people to work from home that it created delays.

“We had to call and follow-up a lot, but everyone was great, really,” Diz says. “Everyone did their part.”

Billy shared another thoughtful insight: “My biggest challenge – as a restaurant person you expect instant gratification and results, but unfortunately because of COVID, we aren’t in a time where we can have instant gratification and results. I’ve had to learn to be more patient. We aren’t going to take the world over in one day, we have to be patient and methodical and work hard. We work hard. Diz is here seven days a week, I’m here six. We just grind. Continue to the end goal.” 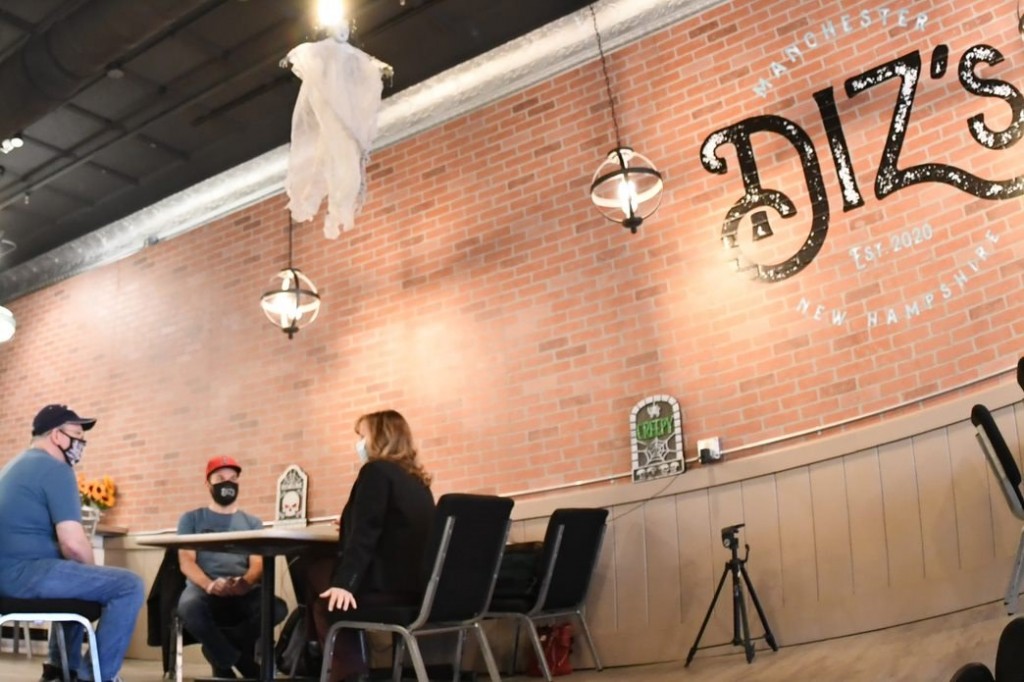 Diz’s serves “from scratch American comfort food with a twist.” Diz says he tries to make everything as simple as possible but still flavorful. He is able to cater to different diets and food restrictions like Keto, gluten free and vegetarian. Making everything from scratch means he can do anything to his meals to make them accessible to everyone.

“From scratch means we do everything, we are automatically very flexible,” Billy says. “Nothing is processed, nothing is frozen. So you can tell me a specific allergy or dietary need and we can make it happen.”

Favorites? Billy admits to loving everything but finds himself repeatedly enjoying the great burgers and the southwest chicken sandwich.

“(And) buttermilk chicken and mac and cheese, which is very satisfying comfort food, and Diz’s meatloaf is great,” Billy says. “His reminds me of my mother’s but don’t tell her, his might be a little better. (Just kidding Mom.)”

“We have some odd specialty cocktails now too,” Billy says. “We have fun. A little something for everyone.”

The pair made a point to recognize, Michelle, who did all of the woodwork in the Cafe, the investors and staff, and Judi – Diz’s wife. She is an investor and a self-described “not-so silent partner.” She has been great a creative problem solver, searching for resources and coming up with new ideas. Diz says Judi is always “wracking her brain and making us wrack our brains, if something isn’t working she says ‘Let’s try this.’ It’s always good to have another pair of eyes on things to help out.”

Diz’s Cafe hosts themed events on Fridays, with details available on social media, (Twitter for craft beer announcements, Facebook and Instagram for events and specials.) During Halloween, they collaborated with The Bookery next door to provide “Nightmare on Elm Street.” Diz offered some great food specials. Billy provided some creepy drink ideas. They had a costume contest, great giveaways, and a happy creative experience for their customers. A Thanksgiving dinner event is planned for November. It won’t be a traditional Thanksgiving dinner with a full turkey and fixings, but they plan to come up with a way to compose Thanksgiving specials.

We are so happy to put the spotlight on Diz’s Cafe and we hope you will help share their story and dine in, or out, this month. Please let them know you heard about them through our Business Showers initiative and stay tuned, they expect to offer delivery service very soon!