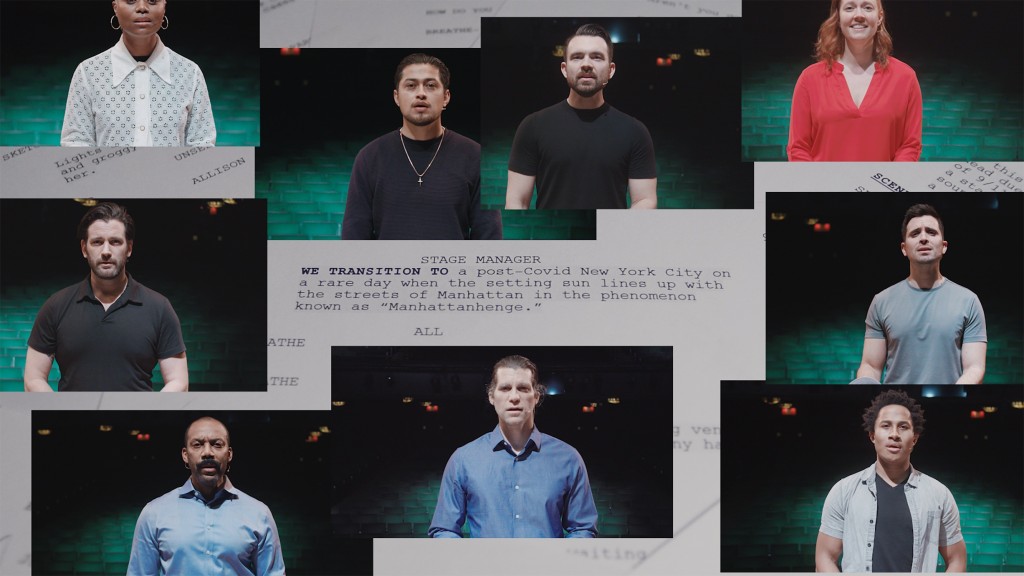 The cast of the musical “Breathe.” Courtesy photo

Jodi Picoult thought she was going to debut a Broadway musical in 2020, an adaptation of “Between the Lines,” a novel she co-authored with her daughter.

You can probably guess the rest of the story: The pandemic upended those plans, along with the performing and publishing world at large. The bestselling author found herself hunkering down at home in the Upper Valley, venturing out for local hikes with neighbors who became part of her quarantine “bubble” but otherwise playing it extra cautious.

“I have asthma,” Picoult explains, “so I was very nervous about this virus and about catching it, because I just didn’t know if my lungs could handle it.”

She had another good reason to be nervous. In early March, she and her “Between the Lines” co-playwright Timothy Allen McDonald attended the wedding of Broadway star Arielle Jacobs, who was slated to lead her new musical. Of the six people at their table, five came home with the coronavirus; Picoult was spared, but McDonald got sick.

“When Tim got better, we started talking about how we could chronicle what was happening to us as a society,” she says.

So the pair got back to work on a new musical, “Breathe,” which is available online for a limited time. They initially centered the story around four couples, each at a different kind of crossroads in their relationships, and each drawn at least somewhat from the experiences friends, family and even the writers themselves were navigating during lockdown: juggling childcare and remote work under one roof, grieving in isolation after losing a loved one and more.

“What I love about this,” Picoult says, “is that you can find yourself in it somewhere.”

But after George Floyd was murdered, the writers decided they needed to find a way to make the groundswell of protests and conversations around systemic racism a part of the show too.

“We also knew that wasn’t our story to tell,” Picoult says, so they enlisted help from actor, composer and lyricist Douglas Lyons to write a fifth chapter centered around a Black father and son who are grappling with the relationship between police and communities of color.

Along the way, Picoult and McDonald also brought together five different songwriting teams, five different directors and 11 actors, many of them Tony Award winners or nominees.

They didn’t have costumes, sets or orchestra — or even a live audience. The show’s 11 actors, in fact, were never on stage together at the same time. Musical numbers were produced by layering individually recorded tracks of vocals and instruments on top of each other to mimic the feel of a full, live band.

Instead of piling into a theater, prospective audience members will have to queue up “Breathe” on their televisions or laptops in the comfort of their own homes. Like the characters in the show, everyone will be watching in their own worlds — and while an unconventional theater experience, Picoult hopes at least one takeaway is that “no matter how isolated we all felt, we were all really in this together.”

You can watch “Breathe” online at breathemusical.com through July 2, 2021. Tickets are $25 each.