The 31st annual celebration goes virtual this year on October 22 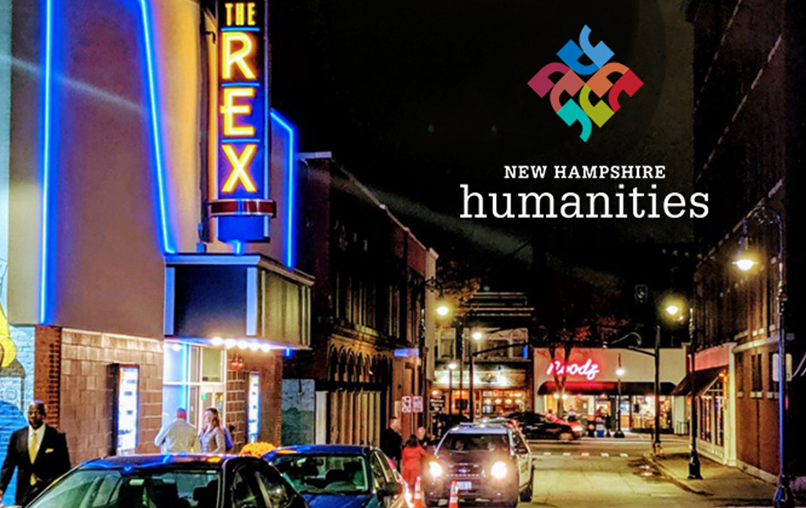 In lieu of the usual dinner, New Hampshire Humanities (NHH) will deliver a virtual celebration from The Rex Theatre in Manchester. The gala — which is not another Zoom event — is New Hampshire Humanities’ only fundraising event. When you purchase a ticket, you’re supporting the hundreds of free public programs and resources NHH delivers (and continues to deliver during the pandemic, see here and here) to the entire state.

This year’s celebration will be centered around hope and resilience, something we have all become well acquainted with over the last several months. Tune in for a celebration that includes two special guest speakers, the announcement of the Lifetime Achievement in the Humanities Award, surprise entertainment and more.

Highlights from this year’s program include the presentation of the Lifetime Achievement in the Humanities Award to Sen. David Watters, who has served in the New Hampshire State Senate since 2013 (he was also elected to the House of Representatives in 2009 and again in 2011). Long dedicated to public and community service, he has tutored at the Dover Adult Learning Center, served as a Ward 1 selectman and worked on Democratic campaigns. He served a term as chair of the Strafford County Democratic Committee and many terms on the Democratic State Committee.

Sen. Watters is also a professor of English at the University of New Hampshire, where he teaches courses on New Hampshire and New England literature, history and culture. He coedited “The Encyclopedia of New England” and has written books and essays on literature and about New England’s old gravestones. In addition to his work as both a professor and senator, he spent eight years as a trustee of the New Hampshire Historical Society, and was on the board of directors for the New Hampshire Humanities, the Portsmouth Black Heritage Trail, Pontine Movement Theatre, Strawbery Banke Museum’s Center for the Study of Community and the Robert Frost Farm. He has visited hundreds of local libraries and historical societies to give talks. You can see a sneak peek of the award presentation here.

Guest speaker Kevin Powell is an author and a significant political, cultural, literary and hip-hop voice in America today. Raised by a single mother in extreme poverty, he managed to study at Rutgers University in New Brunswick thanks to New Jersey’s Educational Opportunity Fund. Powell went on to author 12 books, including his newest title, “The Education of Kevin Powell: A Boy’s Journey into Manhood.”

Keynote speaker Dr. J. Russell Muirhead is a professor of democracy and politics at Dartmouth. Dr. Muirhead teaches courses on American political thought and philosophic foundations of constitutional democracy, and is chair of Dartmouth’s Department of Government, co-director of the Political Economy Project and interim director of the Rockefeller Center for Public Policy.

In addition to other speakers and entertainment, the evening includes the “Hope & Resilience” interpretive dance performed by Deo Mwano and Amanda Whitworth of Live Free and Dance. Check out a preview of their performance here.

For more than 45 years, New Hampshire Humanities has been connecting people to culture, history, places, ideas and one another. They harness the power of the humanities by offering programs, grants and opportunities to all people of New Hampshire, supporting life-long learning, and fostering civic engagement and discourse. Learn more about their mission and values here.

The Best Events Happening in January