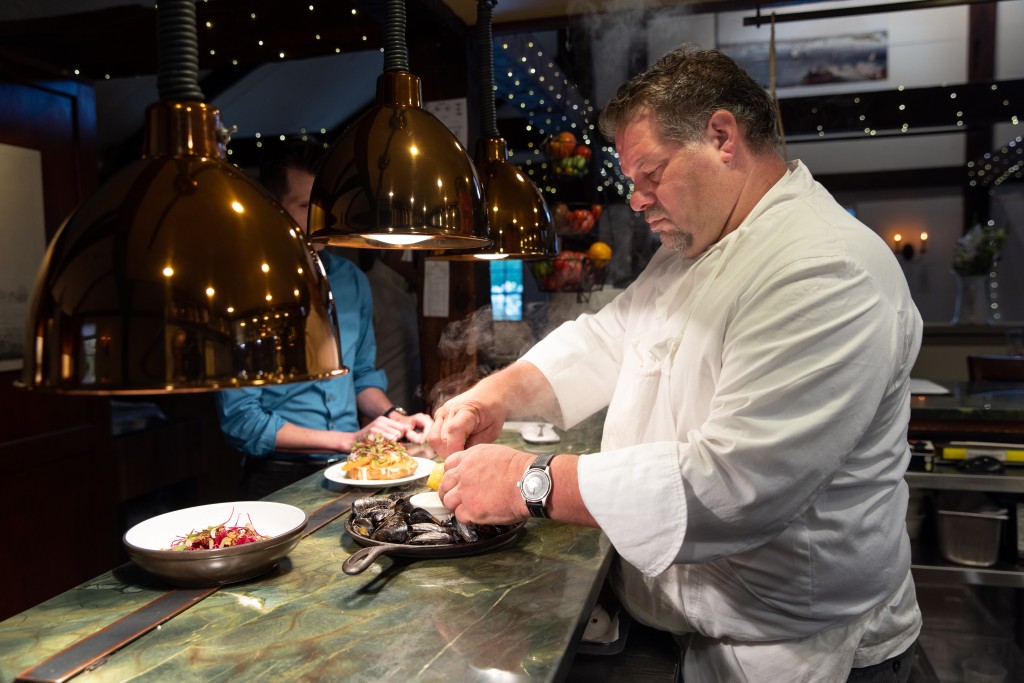 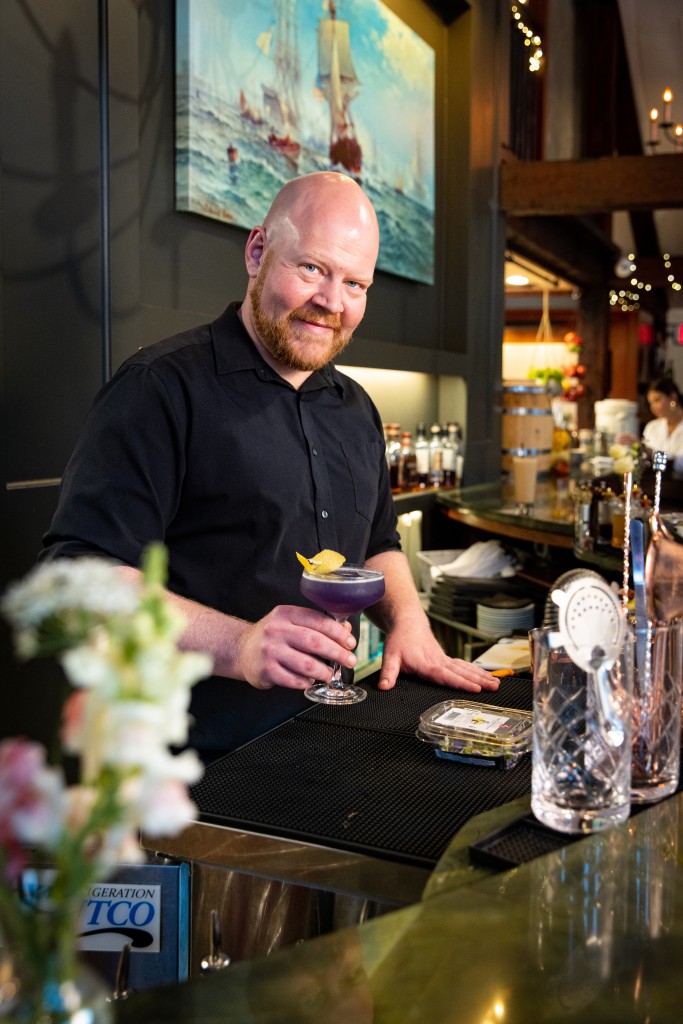 Located next to historic Strawbery Banke, Puddle Dock Restaurant offers “modern Colonial fare” in a building rich with character. According to owner Ryan Lent, the 1960s building was initially constructed for the New York World’s Fair as an example of a classic general store. “The beams are from a 1700s Dover farmhouse,” he explains. “Many of the other materials are vintage as well. Because it goes so well with the neighborhood, we have kept the décor understated, showcasing the beauty of this unique structure.”

The minimalist approach allows the artwork to stand out, and it highlights Portsmouth’s history. Over the bar is a famous painting of John Paul Jones’ ship “The Ranger,” which was built in Portsmouth while Jones stayed here. Classic lithographs of old Portsmouth, Fort Constitution and, most intriguing, photos of people from the original Puddle Dock neighborhood before it was Strawbery Banke also adorn the walls.

Lent says the cuisine is comfort food with a fine-dining spin. Their chef, Derek Clough, who was trained by Thomas Keller of Michelin Star fame, takes classic dishes to the next level, such as their chicken pot pie, which was an instant bestseller. Currently, guests are raving about the hearty Yorkshire pudding and campfire mussels (Maine mussels roasted in a cast-iron pan, served with mustard-garlic butter and toast), as well as desserts such as rich, rum-laced bread pudding and delicate blueberry and lemon pavlova — all of which are made from scratch. “The menu is inspired by Colonial and British classics,” he notes. “We look for ideas in 300-year-old cookbooks as well as New York sources. We make all of our own sauces and mayonnaise, and that makes a big difference when it come to flavor.” 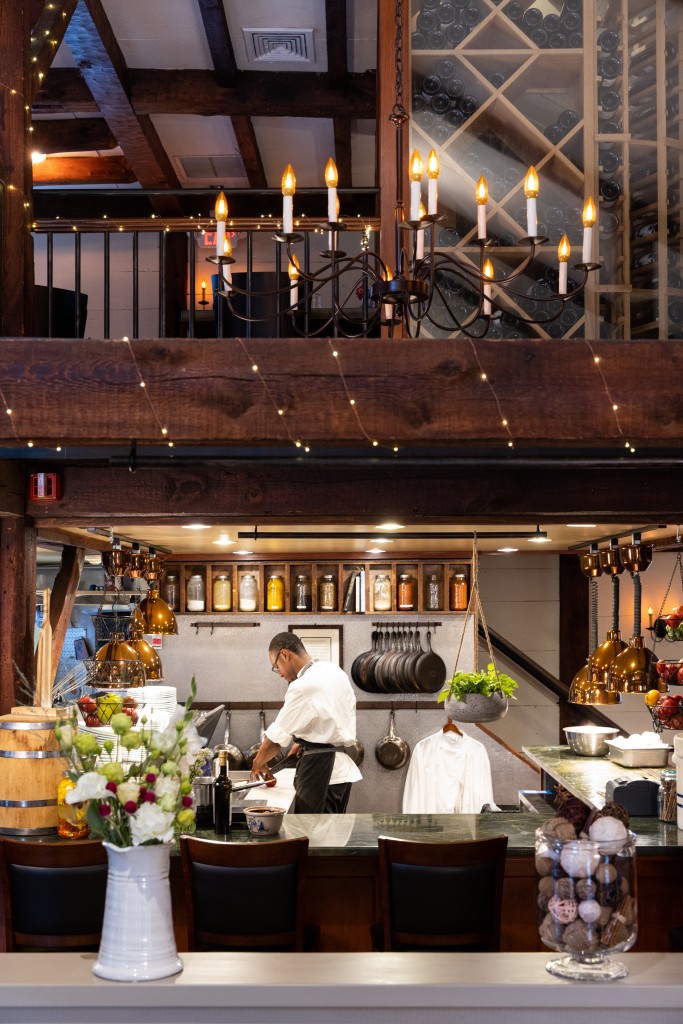 Khy Jackson at work in the loft dining space, which overlooks the dining area and bar

The restaurant is committed to giving guests a relaxing night out, with the pacing, service and food quality inviting them to savor the evening as well as the food.

Lent, who grew up in Portsmouth, always dreamed of creating a restaurant that captured its essence. He feels that Puddle Dock, with its warm, timeless feel, has done that. “The response has been overwhelmingly positive” he smiles. “We are excited for what’s to come.”