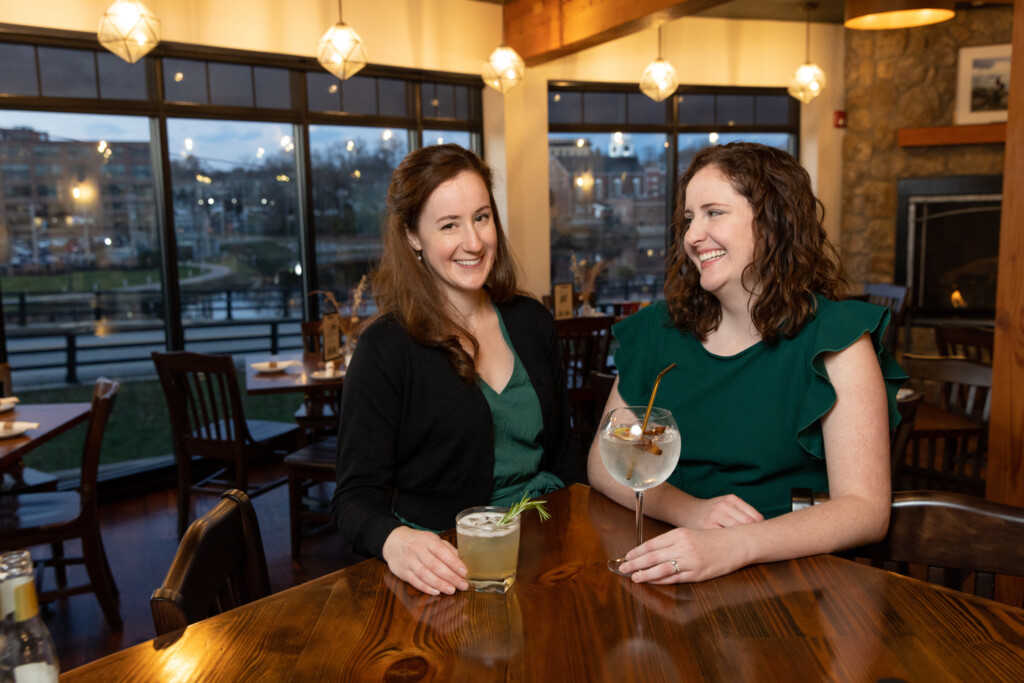 Rambling House Food & Gathering started from just a nugget of an idea about 10 years ago. The Gleeson girls, Erin and Kerry, had just graduated from college and, after spending much time abroad, just wanted to live anywhere but Nashua. Dad Denis said, “If you don’t like it here, make it the place you want it to be.”

Wheels starting spinning and, after a few iterations of ideas, the sisters focused on a restaurant — a place for community. In times past, in their own Irish heritage, the concept of a place to gather was called a rambling house — a local home with doors open to all who wished to share stories, food and drink. Turns out their own grandfather, Maurice Gleeson, took part in this tradition in County Kerry. They had found the name for their enterprise and a mission for the entire family. 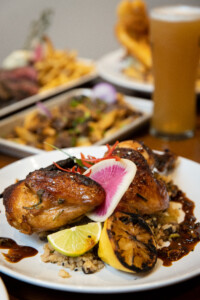 The venture mainly includes Denis Gleeson, their dad, Uncle Dave Gleeson, Denis’ brother, and the Gleeson siblings. They found the Factory Street location to be a far-from-perfect but workable space. Hands on, they made it the inviting place that exists today. Uncle Dave’s brewery, Talespinner, sits on the lower level with a small tasting room and an entrance in the back on Water Street. The main door to the restaurant faces Factory Street. The narrow façade makes it look like a small European storefront operation, but once inside the wedge-shaped building expands into a bar and dining room lined with floor-to-ceiling glass displaying the Nashua River below and the skyline beyond. Upstairs is the kitchen and passageway to a marvelous deck with great views. And if that wasn’t enough, the Gleesons expect to open a fourth-level deck by next spring.

All along, Rambling House has aimed to be as sustainable and local as possible. The family also runs a small farm where they procure grass-fed beef from Belted Galloways, lamb and fresh eggs. Kerry says they plan to grow their own produce in the near future.

Chef Jeremy Guyotte was brought in early to run the kitchen. His previous experience in Gloucester gives him boatloads of fresh seafood training and informs his nose-to-tail butcher philosophy.

Besides the regular menu, their “Butcher Board” supplies an array of other offerings, including steak cuts from their own Claddagh Hill Farm beef that change daily. 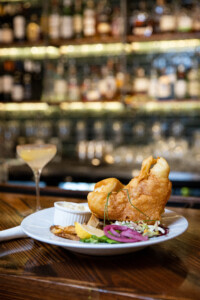 Fall menu items also include the ground lamb kebobs, and favorites coming back from last winter’s menu range from the shepherd’s pie with lamb to a Dunk’s mushroom bisque. At the bar, find 12 rotating taps offering Talespinner brews, four of which are IPAs. The cocktail list is also memorable, each a nicely balanced and creative combination of spirits and flavors to reflect the season. “We want to put real quality into everything we serve,” Kerry says.

Desserts are homey in style, such as a chocolate bourbon bread pudding you can top off with homemade ice cream. Sister Erin has developed a passion for making this frozen concoction; she develops an array of interesting flavors each week including bourbon vanilla and cannoli, a fan favorite.

Late this past summer, they added a Sunday brunch and also hosted the first of many events to be scheduled. Thinking about it, events do foster a sense of community among participants, so cheers to that.

Now 10 years later, Kerry is no longer that wide-eyed college grad. She’s married, has a family and loves living in Nashua. “We are not done with what Rambling House will be,” she says. Stay tuned.

Great Food Destination / North of Concord: The Little Grille at The Depot