Stigma adds to the pain of pregnancy loss 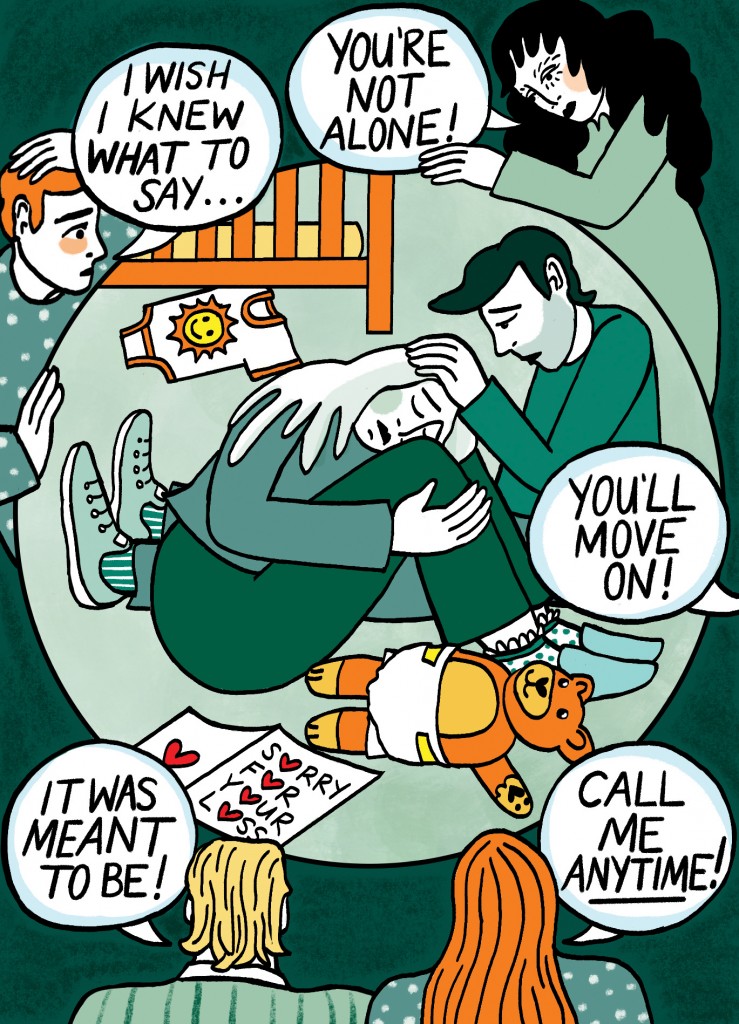 Pregnancy can be a time of unbounded joy and hope, filled with dreams and expectations (and, yes, trepidation) about the future. When pregnancy abruptly ends in a miscarriage, or spontaneous loss of the fetus before the 20th week of pregnancy, it can spark a range of emotions, from tremendous grief to guilt, shame, and, for women, insecurity about their body. Stigma and a lack of support often compound the emotional devastation of pregnancy loss.

Even though pregnancy loss is common, many people are completely taken by surprise when it happens to them. “It’s more common than people understand,” says Deborah Browne, M.D., an ob/gyn at Core Obstetrics & Gynecology in Exeter. Of course, it’s not something you want to think about, but “people frequently never envision that they could possibly have a loss,” she says.

Yet when women who experience pregnancy loss talk about it with friends and family, they often learn that women close to them — even their mothers and sisters — have
also had lost pregnancies, says Isabel Brewster, C.N.M., a certified nurse midwife at Catholic Medical Center. “They are often shocked at how many people in their lives had pregnancy loss and they didn’t know about it,” she says.

The taboo about conversations about pregnancy loss, along with what is often only meager or tentative support from loved ones and acquaintances for grieving parents, can intensify trauma. Often, the expectant parents need to grieve as anyone would who has lost a child, Browne says, but many people outside of the expectant couple might have been unaware of the pregnancy, or they were aware but don’t know what to say in consolation so they “don’t say anything at all,” or they think the loss “doesn’t seem to be that big a deal, so they say they’re sorry and then they forget about it,” Browne adds.

“To the rest of the world, it may not be so apparent why it’s so devastating,” Browne explains. “It wasn’t tangible; it wasn’t a baby that they held. It wasn’t a child that they saw.” Even family members don’t always appreciate the magnitude of the loss. “Everyone expects [the bereaved couple] to go right back to work, to pick up the pieces and just move on,” Browne says. But for the people who experienced the loss, the grief might stretch on for a year or even longer. They might have a remembrance on the day that they would have delivered, Browne says, “while everyone else by that time has forgotten or never knew when the due date was.”

Certainly, the heartache for those who experience pregnancy loss can be profound. For many, as soon as they receive confirmation of a pregnancy, “it’s a baby,” Browne says. “It doesn’t matter if it’s a minute old or 28 weeks or later … particularly when they start to daydream about what it’s like to have a baby and what that means and what their future’s going to look like.” Most often, she says, “that starts right away, so the loss, whether it’s six weeks or eight weeks or 10 weeks, is devastating.”

Indeed, “it’s not just a loss of a pregnancy but a real loss of expectations and hopes and an imagined future,” Brewster says, “and I think people feel the loss of that really deeply as well as a loss of assurance or confidence in their body … so you have a shifting relationship with your own body as well as with this imagined future.”

Fortunately, especially among healthcare providers, awareness seems to be growing that more support is needed for those who experience pregnancy loss. Many medical practitioners today teach coping skills and assure women that they shouldn’t blame themselves for the loss. At some New Hampshire hospitals, staff members send cards to bereaved couples at intervals throughout the year following the loss, Browne says, to remind the couples that help is available and “to let them know that ‘we didn’t forget about you.’” It’s important, she says, because pregnancy loss “is definitely more of a life-altering event than I think it’s given credit for.”

Many well-intentioned people struggle with what to say — or they say the wrong things — to someone who is grieving a lost pregnancy. Telling the bereaved that “it’s for the best,” or “it’s God’s plan,” for example, is not helpful, says Deborah Browne, M.D., an ob/gyn at Core Obstetrics & Gynecology in Exeter.

However, while it’s OK to feel like you don’t know what to say, instead of remaining silent or avoiding the topic, offer your support. Check in with the person in the weeks and months following the loss. Let them know, Browne says, “‘If you need someone to talk to, I’m here for you.’”

The New Hampshire chapter of the TEARS Foundation (thetearsfoundation.org/newhampshire) offers support groups and remembrance days for bereaved families, and this fall will unveil an “Angel of Hope” monument in Abbie Griffin Park in Merrimack where families can go to remember and honor babies lost due to miscarriage, stillbirth or infant death. It’s a meaningful service, Browne says, because “frequently, there’s no gravesite; there’s no place for these families to go … and remember their lost child.”