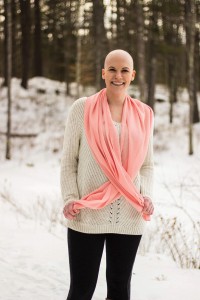 Hearing the phrase “cancer free” is the goal of anyone battling breast cancer. Yet when they arrive at that welcome moment, they may find the struggle isn’t over.

During treatment, women are often getting a lot of attention from their support network — their caregivers are mobilized, friends are delivering food and family members are providing childcare when necessary.

“That’s all wonderful, because treatment is hard,” says Dr. Kathleen Lyons, of Dartmouth-Hitchcock Medical Center and the Cancer Control Program of the Norris Cotton Cancer Center. “But what women have told us is that when treatment is over, the support network breathes a sigh of relief. ‘She survived so we don’t have to worry as much.’ And then they’re expected to pick their lives back up.”

It’s not that simple, however. There are likely to be lingering symptoms, side effects and conditions that remain — even if the cancer hasn’t.

“When you’re faced with your mortality that way, it doesn’t just turn off,” Lyons says. “You’re aware that you could be back in that place. Before it happens to you, you have the luxury of thinking that’s what happens to other people.”

The reality is, it can take a while to feel good again, and there are a few comprehensive programs — including Lyons’ study — that can help women get their lives back to where they want it to be.

“It’s true, that the worst of it is over when treatment is done,” Lyons says. “And many women do, over time, get back to themselves. Maybe a majority do. And I don’t want to paint a doom-and-gloom scenario, but I also know there is a subset of people who feel they’re stumbling around. They say the wind is out of their sails and now that support system is gone. And now this is the moment they’ve been left to pull it together on their own, without the guidance and support they had during treatment.”

Lyons and her team have created a clinical trial exploring how women in the recovery phase can be supported once treatment has ended. It’s a series of sessions conducted over the phone for four months. It allows clinicians to get to know the patient, learn what they went through, and to discover what that person’s goals for recovery are. The goal: to help accelerate the pace of recovery and get that person back to the lifestyle they want.

It’s an approach Ashley Bradford, of Manchester, benefited from as she recovered from her breast cancer treatment.

“I took part after I finished radiation — I had almost finished treatment,” Bradford says. “It’s really hard to pick your life back up after cancer. It’s almost easier to get through it because the doctors and nurses dictate what you need to do to get through it. After, when it’s time to regain your life, you need to learn to adjust in a lot of different ways.”

“I felt it myself,” she says of the warning signs. “It was pretty painful, which is not usually the case when it’s breast cancer, so I didn’t have any assumption of it being cancer in the long run.”

She was initially told the pain was from swollen muscles. The pain didn’t subside, so she underwent an ultrasound and biopsies at Monadnock Community Hospital, in Peterborough, and got a call a few days later with the news.

“I didn’t tell anybody that day,” she says. “I was trying to process it myself. It’s a lot of information to handle. My doctor assured me right away that this wasn’t a death sentence, that I would live through it, but that I’d really have to fight hard and it would be a long process.”

Over the past year, Bradford has had three surgeries, chemo, radiation and a bilateral mastectomy. She has been told, however, that the second surgery removed all of the cancer. The next step: a return to normalcy, with some help from Dr. Lyons’ team.

“It helped me lay things out and set personal goals and try to get back out there,” Bradford says. “It’s really hard for a lot of different reasons, but my coach specifically talked about that — weekly at first. We’d set goals for the week, like being more active. After my surgeries and treatment, I wouldn’t say I got lazy, but I wasn’t as driven to get up and do things besides work. She helped me get my life back.”

Those goals, sometimes small steps, can help women get back to their pre-diagnosis lives. The approach can range from getting a house back in order to finding ways to combat fatigue.

“A lot of women tell us that during treatment people brought food to their house and their refrigerator was loaded up,” Lyons says. “But they’d end up eating yogurt or cereal because they were too exhausted to do anything else. It’s illogical, but moderate exercise is the best way to manage fatigue. Too much exercise will exhaust you, and too little won’t help. Women have to find that sweet spot.”

To this point, Bradford has found that spot, crediting her team at Dartmouth-Hitchcock, including Oncologist Dr. Mary Chamberlin, general surgeon Kari Rosenkranz and her plastic surgeon, Dr. John Nigriny — and Dr. Lyons’ study. Through the process, and the recovery, Bradford learned several things, including how mentally strong she could be.

“Our bodies can bounce back from almost anything,” she says. “But the mind can play tricks. When they tell you that a positive mindset gives you positive results, they’re not lying.

“Also, it’s OK to ask for help. That’s one of the hardest things — you don’t want to burden or inconvenience anyone else, but you’re going to need help a lot of the time.”

That help, quite often, comes from organizations like the American Cancer Society.