Andrew Pinard is not a real sorcerer, but he plays one so convincingly, you might feel a real shiver run up your spine as he summons ghosts, materializes objects and vetoes the everyday rules of reality. Pinard, of Absolutely Magic in Bradford, is renowned and respected among both his fans and his peers, performing stage and close-up magic that delights and astounds. His latest trick: Conjuring up Hatbox Theatre, a 99-seat space at Concord’s Steeplegate Mall where he presides and invites performing artists of all sorts to apply for a chance to showcase their own talents. 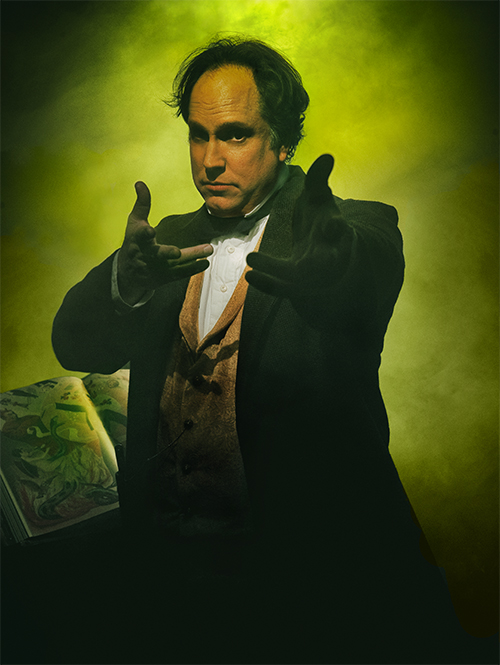 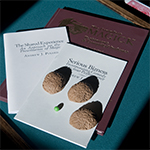 Pinard says it’s for a good reason that the second word in “show business” has twice as many letters. A showperson’s career requires lots of work on the side and behind the scenes. Along with constantly updating his performances, he also writes books on magic and creates and sells magical props and devices that are available via absomagic.com.

Thanks to Nikkiana Henninger for running lights, and to Bryan Halperin for missing a lunch date and when a smoke machine set off the alarms at the Steeplegate Mall during the photo shoot. Thanks also to Rick Broussard for his over-aggressive smoke fanning.