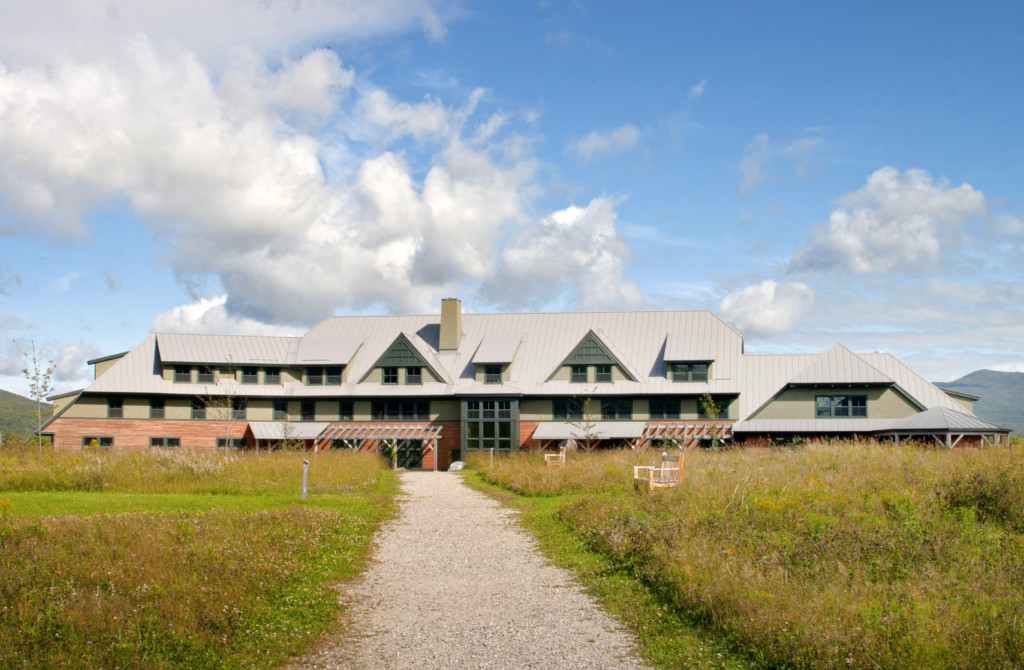 Carroll doesn’t have a defined village center, but rather four somewhat amorphous ones: Bretton Woods, Twin Mountain, Fabyan and Carroll. None looks like a traditional New England town — no white church and town hall around a common. In fact, the historic Omni Mount Washington Hotel and its ski resort and golf course are the defining elements of Bretton Woods. Fabyan is just beyond, its railway station now a restaurant, and the large Fabyan House it served (built by Sylvester Marsh of the Cog Railway fame) is long gone.

Farther west, beyond a long stretch of White Mountain National Forest, Twin Mountain is a crossroads marked by the stone St. Patrick Church, the cluster of attractive Boulder Motor Court Cottages and a grassy hillside with a Cog Railway engine and the Twin Mountain tourist info gazebo. This is the site of the former Twin Mountain House, one of the string of grand hotels that stretched the length of Route 302 from Crawford Notch to Bethlehem and brought tourists to Carroll each summer. Most are gone: Crawford House, Mt. Pleasant, Fabyan, Twin Mountain House and the large hotels of Bethlehem. Today, only the “newest” of them, the Mount Washington Hotel — now the Omni Mount Washington — remains.

The Mount Washington Hotel was a latecomer, opened in 1902 by New Hampshire native Joseph Stickney. It’s no accident that at night the hotel appears like a great ocean liner sailing across the darkened valley; architect Charles Alling Gifford designed its wide wraparound porches to give the impression of the decks of a ship, where guests could promenade.

Stickney died suddenly the year after the hotel opened, and his stricken wife Carolyn — quite a character herself — commissioned the lovely granite Episcopal Chapel of the Transfiguration as a memorial. With a carved oak pulpit and seats and beautiful Tiffany windows, the chapel is still an active summer church. Active is a good description of the entire Bretton Woods complex — the hotel with its spa and restaurants, the golf course, riding stables and the multiple outdoor activities that transform the ski area into Bretton Woods Adventure Center.

There was plenty for guests to do in the heyday of the hotels too. The more ambitious hiked and climbed mountains, ladies went for carriage rides amid the mountain scenery, everyone rode the Cog Railway at least once to the summit of Mt. Washington. The Crawford House had a resident artist, Frank Shapleigh, who painted portraits and gave art lessons. The famed Henry Ward Beecher spent summers with his sister and author Harriet Beecher Stowe as guests of Twin Mountain House, in exchange for his preaching there every Sunday. So many people came to hear Beecher the hotel’s ballroom couldn’t hold the crowds, and a huge tent was constructed on the lawns.

Beecher also preached in a round tabernacle at Fabyan (later turned into a garage before falling down in the 1950s). Coincidentally, Fabyan was also the site of the first Christian Science Church in New Hampshire, The White Mountain Church, dedicated in 1898 and active until 1913, when it was torn down. 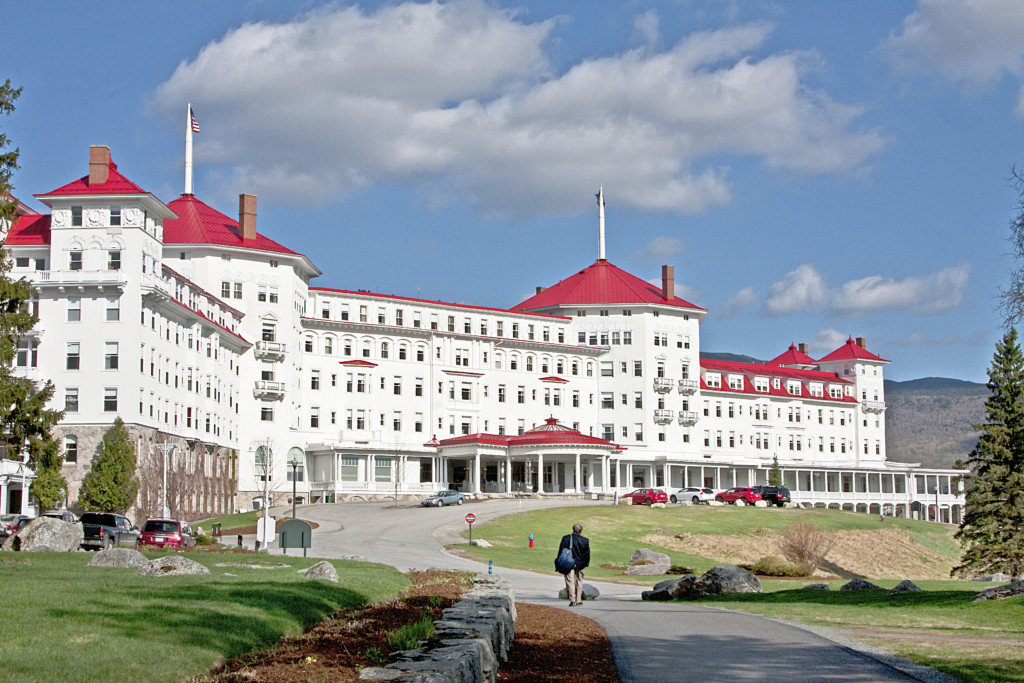 Fabyan House accommodated 500 guests in grandeur that by 1886 included heating and en suite bathrooms. It stood opposite Fabyan Station, which was to become the main rail hub for that entire side of Mt. Washington. In 1876, a spur line connected the station to the base of the Cog Railway, allowing seamless rail service to the summit

Ironically, at the same time as the grand hotels were being built so visitors could revel in the beauty of the tree-clad landscape, great swaths of those forests were being cut to the ground with abandon, the slash left to form tinder for forest fires. J. E. Henry was the biggest operator; he and others laid waste to tens of thousands of acres, cutting off the entire valley of the Zealand River and surrounding land.

Where Zealand Campground is today was once Zealand Village, Henry’s company town, which was begun in about 1880 and included a sawmill, Zealand Junction depot, post office, several charcoal kilns, a boarding house, store, engine repair shop and several houses. A railroad line was built miles up into the valley to bring out the logs. By 1890, the timber was exhausted and two forest fires had swept through the valley, so Henry moved on to the area around Lincoln.

As a child I camped at Zealand every summer, where my brother and I were free to roam, following old logging roads and discovering decaying buildings and equipment in the forest. It wasn’t until years later that I realized that those remains were all that was left of the town of Zealand. Some of the stone ruins we found in the underbrush were Henry’s charcoal kilns that burned timber his sawmill couldn’t make into boards.

The massive Zealand forest fire of 1897 brought new attention to the plight of the mountains and their forests. John Wingate Weeks, who served in Congress from 1904 until 1913, conceived of the idea of a National Forest to protect the mountains and the headwaters of the important rivers that begin there. The result of his work was the 1911 Weeks Act, and soon after the creation of the White Mountain National Forest. The former town of Zealand and half of the town of Carroll are included in its 807,000 acres.

Carroll had perhaps an even more momentous role in White Mountain history, when in 1771 hunter Timothy Nash was tracking a moose over Cherry Mountain and saw a gap in the mountains to the south. The gap was Crawford Notch, the hitherto undiscovered passageway that opened up northern New Hampshire to roads and railways.

A long narrow arm of Carroll barely wider than Route 302, which it follows, reaches down into the head of Crawford Notch, encompassing the Conway Scenic Railroad’s Victorian railway station, Saco Lake and the ledges of Elephant Head, stopping just short of Flume Cascade. Facing the head of the notch is the AMC’s Highland Center, in the spot where the imposing Crawford House once stood. The 1880 stick-style house that was once the studio of Frank Shapleigh has been restored and is now a hikers’ bunkhouse, and is listed on the National Register of Historic Places.

We ski at Bretton Woods every winter, savoring one of the finest views in the White Mountains from the top of its lifts: the view of the rime-covered summit of Mt. Washington and below it the red rooftops of the Mount Washington Hotel. But for me, that valley and mountain landscape is always lush with the green foliage of childhood summers.