There was a time when Senie Hunt didn’t know whether to drum or strum his guitar. So he did both.

The result is a style of music this self-taught singer-songwriter describes as “experimental percussive guitar,” and it’s the best way this Sierra Leone native – adopted and brought to New Hampshire at the height of the brutal blood diamond-fueled civil war – tells his stories.

Senie melds swirling, intricate melodies with the pulsing heartbeat of his instrument and a soulful voice to create songs that close the distance between his west African birthplace and his adopted New Hampshire home.

We count ourselves lucky that the Concord resident stopped by our offices to play a set in our Cubicle Concert series as his career begins to gain some real momentum.

Read more about Senie in the September 2019 issue of New Hampshire Magazine. 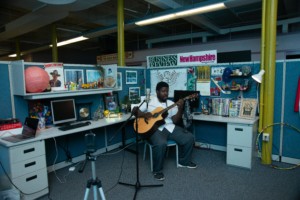 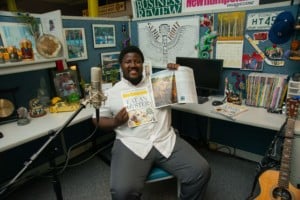 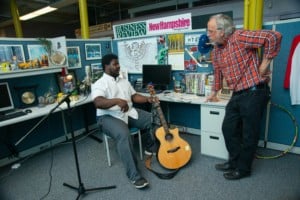 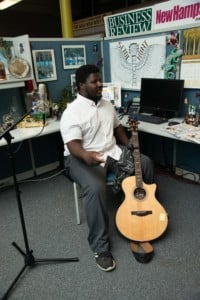 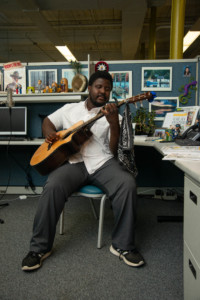 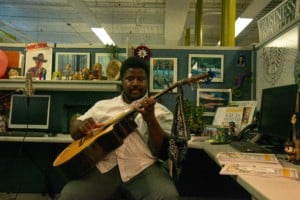 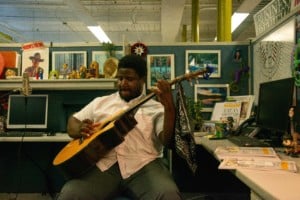 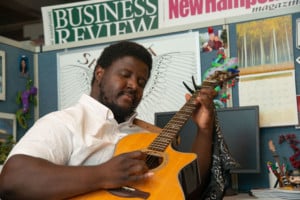 If you’re interested in learning more about playing a gig in our festive cubicle, then you are encouraged to reach out to Bill Burke, project creator, manager and producer. Bill can be reached at bburke@mcleancommunications.com or by phone at (603) 413-5112.