Adopted at the height of the brutal blood diamond-fueled civil war in Sierra Leone, Senie Hunt was transported from a theater of horrors to the placid fields of New Hampshire, a journey of contrasts. Hunt has used the bucolic peace of our state to heal — he also used it to develop his music. Self-taught, he plays percussive guitar, a style that incorporates rhythms formed from tapping the hollow body of the instrument while simultaneously picking its strings. As his star rises and shines here, Hunt is playing all over to growing crowds, finding the applause and recognition he deserves. Quite the ride. 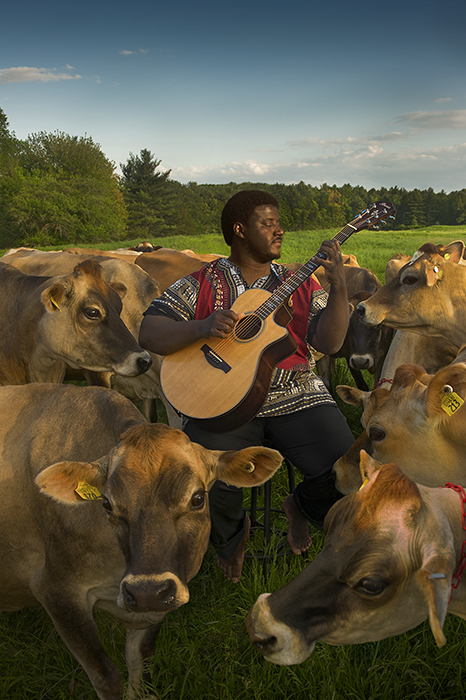 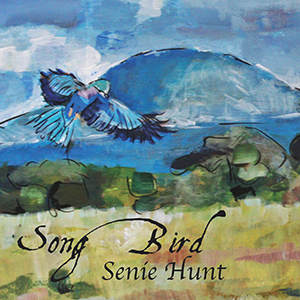 After developing his sound, Senie Hunt’s first official gig was at The Local in Warner just five years ago. His “local” fame grew quickly, and fans now seek out his concerts and helped him raise $9,000 to crowdfund his first CD, “Song Bird.” His twin sister painted the cover image and he says the entire album was “inspired by the idea that nature will continue to be what it is. It expresses the importance of letting things find their way naturally.”

Thanks to the UNH Organic Dairy Farm in Lee and to manager Ryan Courtright for the use of their talented cows, and for the loan of his boys Logan and Luke and student Roger Lawrence to wrangle the beasts for the shoot.