Come Together at Presto Craft Kitchen 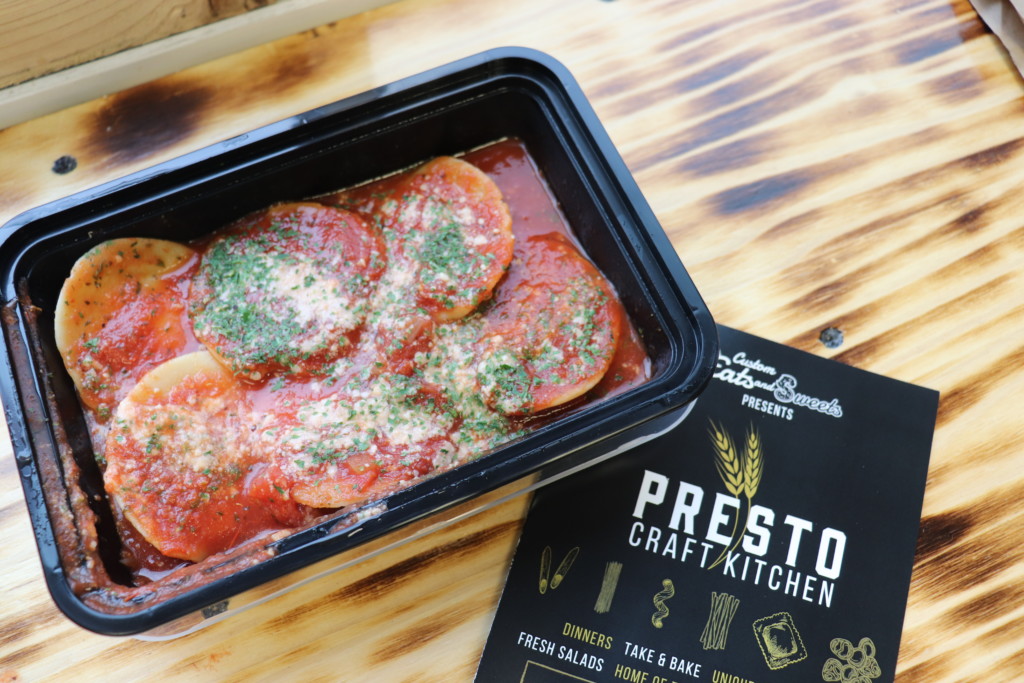 The term “comfort food” means different things to different people. But if you’re the type who believes feeding the soul along with the body is best accomplished with deep bowls of carb goodness covered in savory sauces (and maybe some cheese), then Presto Craft Kitchen on Manchester’s West Side is your new go-to spot. Not only is the food delicious, it’s made, as the cliché goes, with love.

“Family and food gave always been important aspects in my life,” says chef Joseph A. Grella, and you can tell he means it as soon as you step up to the pasta-decorated counter. As Grella works away in the open kitchen, making from-scratch Italian-American classics, family members are often busy helping out – on any given day, for instance, you might meet his proud grandmother as she rings up your order.

Grella spent much of his life honing his cooking skills, honoring his Italian roots as he learned from his parents and grandparents. When he decided it was time to turn his passion into a trade at Keiser University, his grandfather gave him handwritten homemade Italian recipes, which Grella uses today at Presto.

Grella calls his new venture a craft kitchen, where grab-and-go and carry-out food is elevated. This isn’t fast-food – from the “sticks” (aka sandwiches) to the chicken parm, everything is made with care. Grella realizes the food you provide your family – and the very idea of eating together as a family – is important. 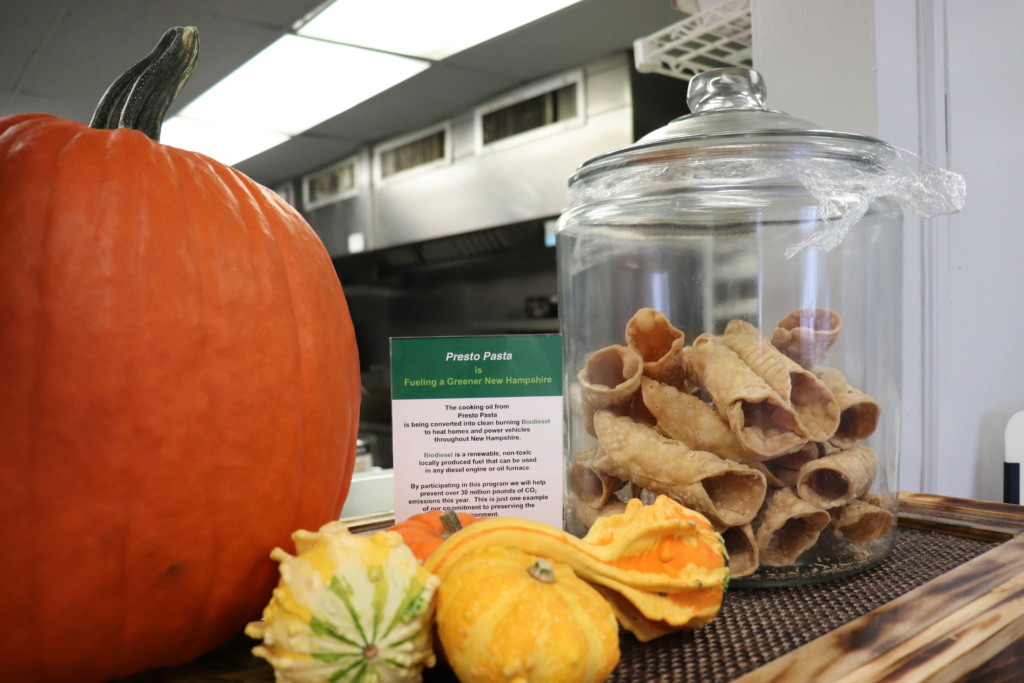 Transparency, flavor and community are essential to this Italian carry-out experience. Photo by Nicole Cotton

“I want to source ingredients that I would want to feed my family,” says Grella. He adds that he wants to “create dishes that are full of energy and flavor and provide a space where members of the community can come together over unforgettable food.”

Grella’s other goal is to provide the Manchester community with something unique – and he’s done that with the city’s first authentic Italian carry-out kitchen. His new venture fits everything from a quick lunch or dinner solution for a busy night to catering for special events.

The day I stopped in, as he boiled pasta and watched the fryers and the oven, Grella explained why Manchester, and the West Side in particular, is a perfect location. Here, he said, is the easiest place to jump-start their brand to help expand it into smaller neighborhoods. “It’s about growing naturally, on a smaller scale,” Grella said, spreading his arms wide.

The kitchen itself is nestled on a quiet side street. The atmosphere reflects his family’s New England roots as well as his Italian ones.

When you walk inside, you’re greeted with overlapping and familiar smells — tomato sauce, bread, cheese — making it difficult to choose from the expansive menu. Having a sweetspot for ravioli, that was my first pick — the pasta was topped with savory marinara, Parmesan and spices. Second on the list was the buffalo stick, though not the full size, since that is, without exaggeration, nearly as tall as Grella himself. (Maybe that’s slightly exaggerated, but not by much.)

While I waited for my food, my conversation with Grella was never interrupted as the kitchen is open and visible from the counter.

“Transparency is fundamental here,” said Grella. “We literally knocked every wall down because we want our customers to know we’re committed to them.” During a time where many restaurants and fast-food places aren’t even close to transparent, it’s a nice change to know exactly what you’re eating.

After talking with Grella for a bit, it’s no surprise that he wants his customers to be more like family – he wants to build community.

Then, it was time to eat.

I positioned myself against at a window counter seat and took a good, long appreciative glance at my food before digging in. 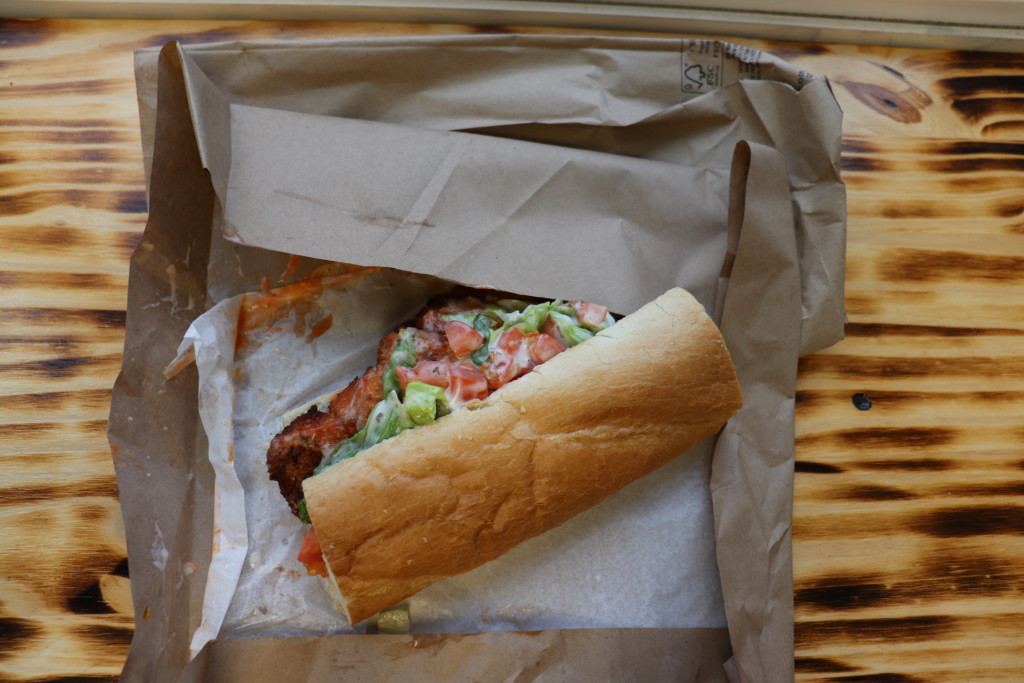 Stop by and sample one of Presto Craft Kitchen’s delicious menu items like the Buffalo Cutlet Stick. Photo by Nicole Cotton

The ravioli’s rich sauce reminded me of my own childhood spent in the kitchen with my grandmother, just like Grella did growing up.

Although the ravioli was a meal by itself, the buffalo stick waited. When it comes to anything buffalo chicken related, I have high standards. But, happily, it did not disappoint. The combination of lettuce, tomatoes and ranch wrapped inside quality bread packed a powerful punch.

Despite being satisfied and on my way into a food coma, I defied my voice of reason and bought some homemade treats (for later, of course). There was everything from vanilla and chocolate pizzelles (a waffle-like dessert) to linzer cookies to cannolis that were filled upon ordering.

My experience at Presto Craft Kitchen definitely exceeded my expectations. The family here is committed to taste as well as their customers. And as Grella says, “[we] keep things fun around here.”