Chester Charms, Even in the Spookiest Month of the Year 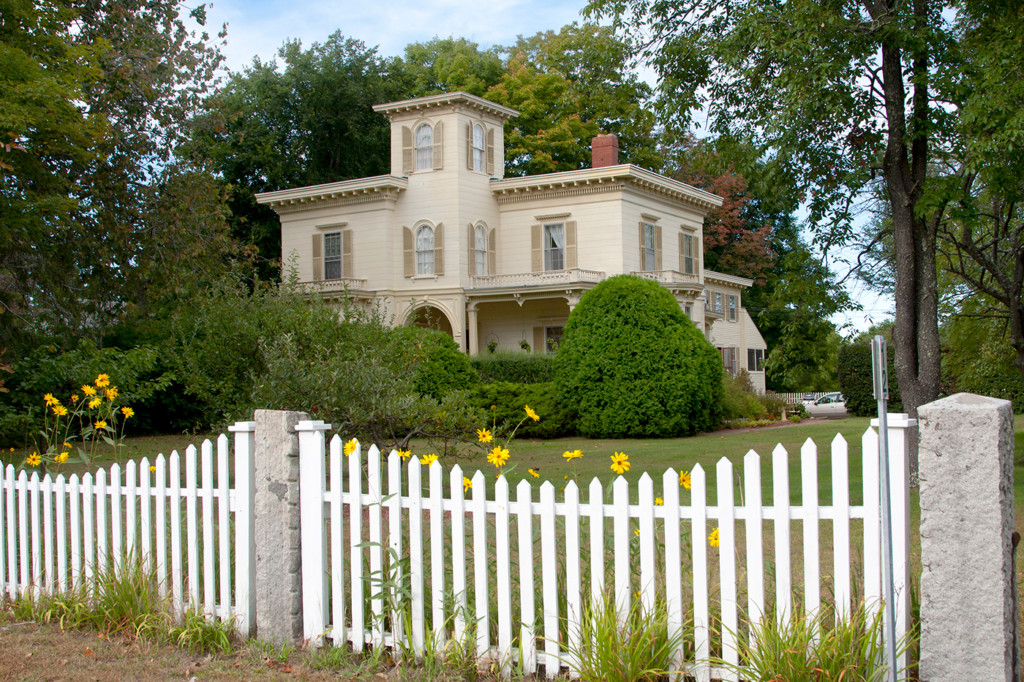 A mid-19th century home in Chester. Photo by Stillman Rogers

Setting out for a Sunday drive through the backroads of Rockingham County to admire the fall foliage, you might not expect to find a traffic jam at a country crossroads. But it could easily happen as you reach the intersection of Routes 102 and 121 in the center of Chester. The otherwise quiet village has made itself quite a tourist attraction with the annual visit of the scarecrows.

You’ll begin to see them in front yards as you drive into town, but they congregate around the village center. A bride and groom pause for photos at the Chester Congregational Church and suddenly you notice them everywhere. Life-size figures stand alone, sit on a bench or a stone wall, lean on trees, climb a ladder, stand in pairs, groups and alone, with and without props that can range from a bicycle to a baby stroller.

Figures represent favorite sports and hobbies, fictional characters and occupations (a lady with pink rollers in her hair stands outside the hair salon) or are just creatures of a vivid imagination. Some represent historical figures: Ben Franklin holds a kite with a key, and we recognized “Lord” Timothy Dexter in his pretentious finery (we’ll get back to him later). All this is coordinated by the Chester Historical Society, which sells scarecrow kits consisting of burlap faces to stuff and simple wooden frames. 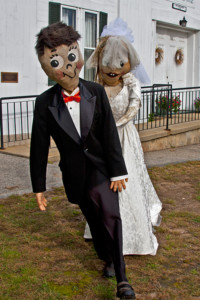 It was another quest that brought us to Chester as Halloween approached. We have long been fascinated by the early New England gravestones with carved winged faces. They are found in early cemeteries throughout the region, their faces blandly amiable, but those in Chester Village Cemetery take a different turn: Many of them scowl fiercely. These are the work of brothers Abel and Stephen Webster from late 1700s. But not all the Websters’ faces scowl.

Why, you may ask. Nobody knows, but speculation suggests several possibilities. The most popular theories hold that frowning faces indicated that the brothers doubted that those interred below would get into heaven, or that they memorialized people who didn’t pay their bills. It’s also possible that the smiles were the work of one brother and the frowns of the other.

The oldest stones are to the right as you enter, and the winged heads aren’t the only interesting things here. Stones are signed by some of New England’s best stone sculptors. Along with the Websters, the state historic marker tells us, are the works of John Marble (an appropriate name for a stone carver), John Wight and Timothy Eastman.

The long process of securing the land grant for Chester began exactly 300 years ago, in 1719, and plans are already well underway for celebrating the 300th anniversary of its incorporation in 1722. Beginning in October 2021, the festivities will continue for a full year. Chester is smaller now than it was when chartered as one of New Hampshire’s earliest towns: Candia, Hooksett, Auburn and parts of Manchester eventually split off the original — and unwieldy — 100-plus-square-mile grant.

As the other villages dropped off, Chester Center (the one at the crossroads) became the focus of town life, and as you can see from the assemblage of impressive buildings, it was a thriving one. Facing at the corners are the Chester Congregational Church, built in 1773 and renovated to Greek Revival style in 1840, and Stevens Memorial Hall, built in 1910 as the town hall and venue for town meetings and stage productions.

Chester Street (Route 121) is lined with stately homes, including the Governor John Bell Homestead, originally the more modest home of the Congregational minister. When Gov. Bell bought it in 1802, he turned it sideways and added the Georgian front section. A later owner, a doctor, added the Victorian turret and entrance and the porch with its corner gazebo. Today it houses Bittersweet Blessings, a country décor and gift shop. 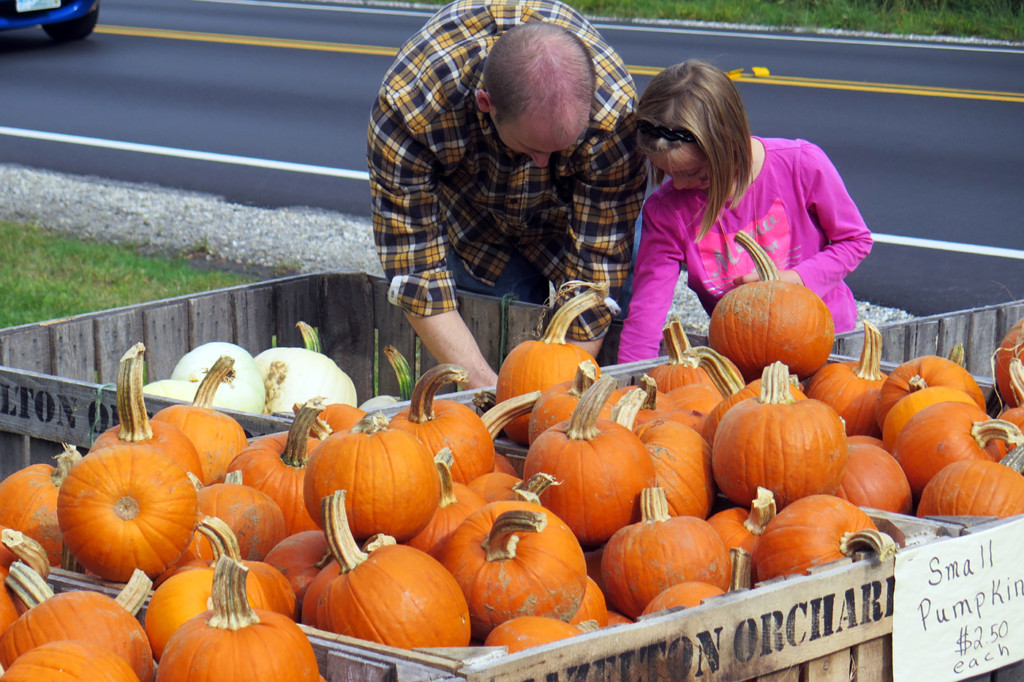 Hazelton Orchards is a lovely place to stop on an autumn day. Photo by Stillman Rogers

John Bell was not the only New Hampshire governor born in Chester. A total of three were from here, along with a state Supreme Court chief justice and several US congressmen. This was the summer home of the sculptor Daniel Chester French, best known for his Minuteman statue at Concord Bridge and his seated Lincoln in the Lincoln Memorial in Washington, DC. As a child, French spent summers here with his grandfather and was so fond of the town that he adopted Chester as his middle name and later named his own home and studio in the Berkshires “Chesterwood.”

More notorious than illustrious, a New England character that has amused me ever since I saw his house in Newburyport, Massachusetts, is “Lord” Timothy Dexter. He gave new meaning to the word eccentric, and he lived for a time in Chester. Dexter, a self-made businessman with a penchant for seemingly ridiculous ventures (like shipping warming pans to the West Indies) that turned profitable, had failed to crash Newburyport society. In fact, his grand house with a yard full of life-size wooden statues was a local joke. He felt that a “country seat” would give him more status as a gentleman (which he decidedly was not) so he built a home in Chester. It was there that he added the title “Lord” to his name, which made him an even bigger joke when he returned to Massachusetts. The Dexter House still stands on Chester Street.

Chester isn’t all history and scarecrows on an autumn day. We stopped to sample apples at Hazelton Orchards, whose pair of black-and-white Holsteins created from old oil cans brought our car to a nose-down halt (being married to a photographer has its moments). As we compared the 20 apple varieties in the farm store, we watched a family of children choosing pumpkins from a huge bin outside. Apples, pumpkins, scarecrows, old tombstones — Chester knows how to do October.