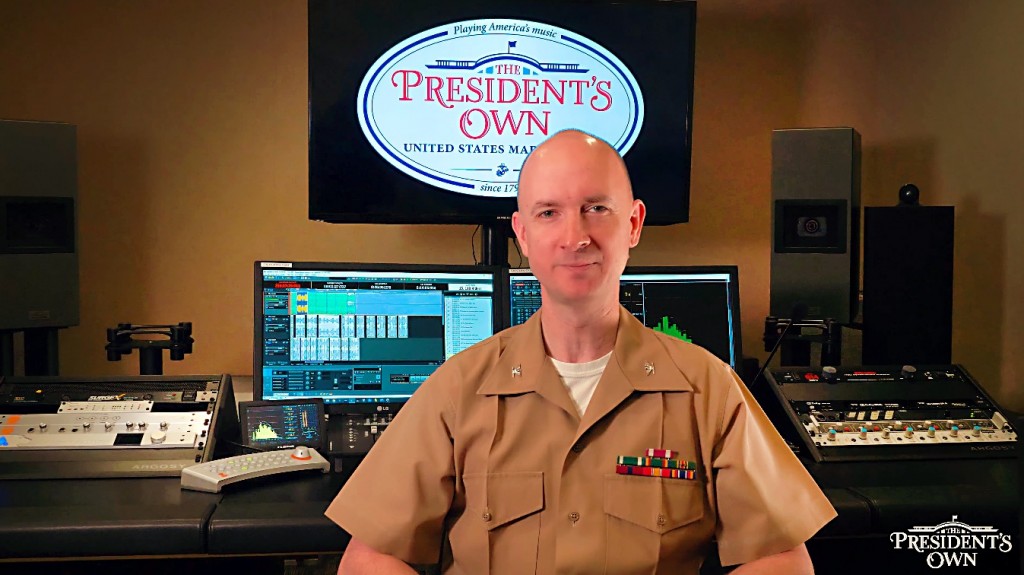 Col. Jason Fettig, director of “The President’s Own” US Marine Band, from his video.

When news came down that schools across New Hampshire needed to close to keep everyone safe for the foreseeable future, the staff at Central High School in Manchester knew they wanted to do something to support their students through the uneasy new reality of the COVID-19 pandemic. So they turned to their vast alumni network — with ties to Broadway, the NFL, Hollywood and beyond — to ask for some help.

And that’s what landed Col. Jason Fettig, director of “The President’s Own” United States Marine Band, back on the homepage of his alma mater’s website, assuring The Little Green community: “You will get through this.”

“Work hard, and keep your chin up,” Fettig says in a video produced for the school’s now-weekly web series of virtual pep talks. “The way you persevere through challenges like this one is actually part of your education and will make you better prepared for other challenges you overcome in your lives.”

Central’s principal, John Vaccarezza, says school officials reached out to businessmen, politicians, professional football coaches and players — “anybody who can be an inspiration for kids at this time” — people who graduated within the last decade, and others who last walked the halls in the 1960s. Their contact list included author Gloria Norris, director Tyler Spindell and even Adam Sandler, class of 1984, who posted a video just as this issue went to press.

In addition to offering a bright spot in otherwise dark times, Vaccarezza says he also hopes this shows students there lots of different ways to succeed.

“These people are living out their dreams,” Vaccarezza says of those who’ve contributed to Central’s videos. “Each person’s dream is different and unique to them.”

The series was initially only intended to last through early May, the length of the state’s initial school closure order. But by the time it became clear that students wouldn’t be returning for the remainder of the semester, the Central alumni network stepped up big time — providing enough messages to last through the year.

One of the videos comes from Max Clayton, whose recent Broadway credits include “Moulin Rouge! The Musical!” and “Hello, Dolly!” (Vaccarezza says Max’s mom, Central’s assistant principal, Jane Clayton, was the key to making the series happen since she “has contacts to everybody.”)

“I hope that you know that after this we will all come out stronger on the other side. We have to, and we will,” Clayton said from his home in New York City. In the background, you could hear echoes of the now-nightly cheers for frontline workers trying to make sure that can happen.