Here's our roundup of interesting, quirky and otherwise uncategorizable items we think you need to know about 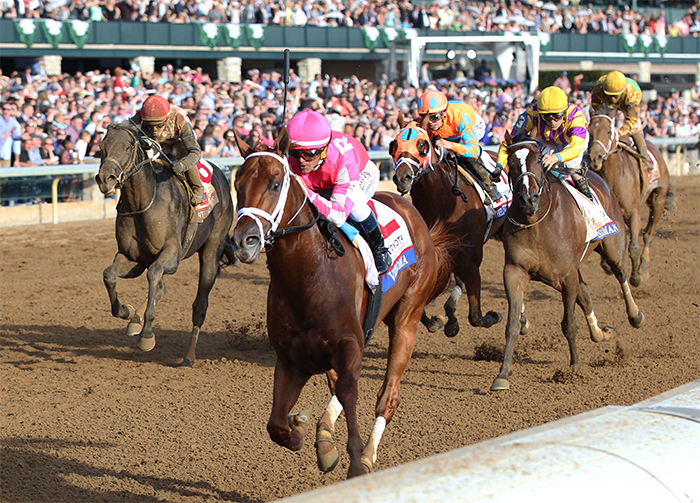 Vekoma is the first horse since 1968 to compete in the Kentucky Derby. Photo by Coady Photography

Answer Guy: NHPR’s Sam Evans-Brown (an occasional contributor to this magazine) has become the official New Hampshire answer man (er … person) with his new series “Ask Sam.” The show is worth a listen just for the rousing “Ask Sam” jingle that bumpers it — a creation of multitalented senior producer Taylor Quimby. Since Brown is famous for answers, we asked about his favorite question, and he replied: “Hmmm … the one that has gotten the most feedback is the Squirrelpocalypse question. Generally, I like questions to which the answer pulls back the curtain on the mechanisms of the natural world and changes the way you interpret everyday phenomena that you previously ignored. In that regard I’d have to say the question about what makes your breath more visible when a car goes by was a winner.”

Historic Covered Bridge: New Hampshire is known for its covered bridges, and the Contoocook Covered Railroad Bridge isn’t just a visual standout, it’s also the oldest surviving railroad covered bridge in the world. Located in Contoocook Village, the bridge was built in 1889 by the Boston & Maine Railroad. Floods in the 1930s knocked it off its abutments, but repairs were made and the bridge continued to carry train service until the 1960s. Today, it attracts tourists and pedestrians and is a community landmark. This spring, the bridge received minor repairs and several coats of stain, thanks to funding from New Hampshire’s Moose Plate program. “New Hampshire’s covered bridges are a big part of our state’s identity,” says Elizabeth H. Muzzey, NH Division of Historical Resources director and state historic preservation officer. “It’s wonderful to be able to stabilize this very special bridge and bring back to its Boston & Maine maroon stain.”

Peacemakers: It was founded in 1941, a time of war. Its mission: In a time of war, prepare for peace. In the years since, the World Fellowship Center has pursued that goal at what it calls a “camp and conference center with a social conscience” for people of all ages, backgrounds and abilities. On its 455 acres of wooded land in Conway, the center has offered renewal of mind, body and spirit through educational programs, recreational activities and informal sharing of progressive values. The hope is to help create a world where people are aware of their shared humanity and have a commitment to peace, social justice and the environment. The center’s lofty goals are mediated with just plain fun — canoeing, fishing, hiking, zip lines, blueberry-picking and more.

VEKOMA — KENTUCKY DERBY DREAM: Named after the Dutch roller coaster manufacturer, Vekoma is taking his connections to dizzying heights. Owned by Mike Gatsas of Manchester’s Gatsas Stables, the 3-year-old is the family’s first in 30 years of owning quality Thoroughbreds to make it to the top — the Kentucky Derby. He’s also New Hampshire’s first Derby runner since Peter Fuller’s Dancer’s Image in 1968 and, in a twist of fate, is Dancer’s Image’s great-great-great-grandson. The fleet-footed Vekoma might have finished 12th in May’s controversy-marred Run for the Roses, but there are still a lot of big races ahead for this dream-come-true colt.