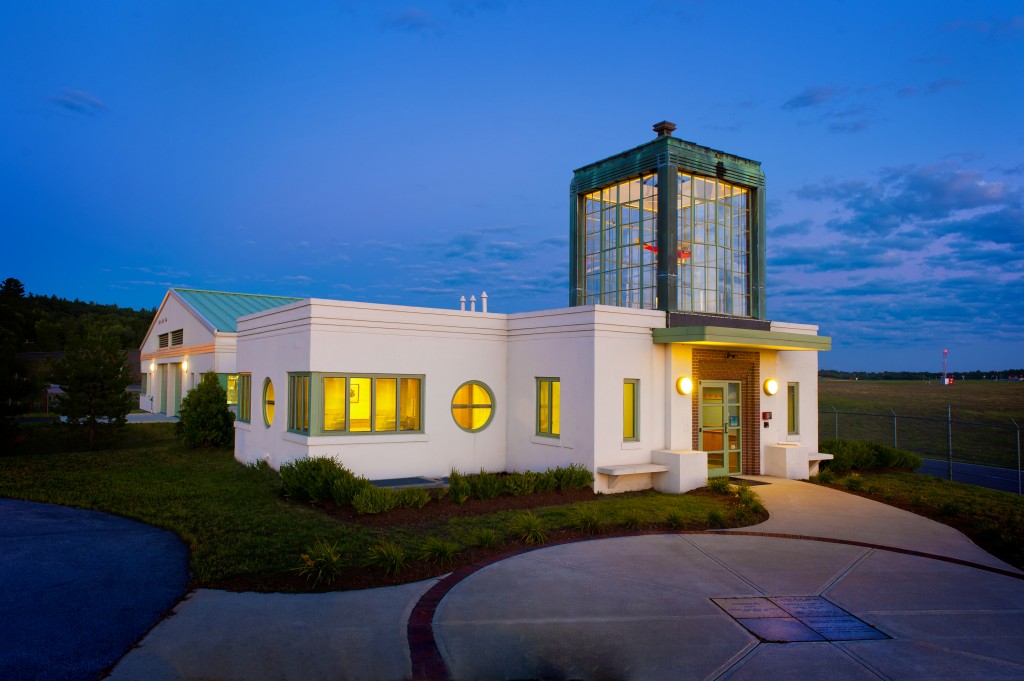 The New Hampshire Aviation Museum is offering educational virtual trips around the globe for its online visitors. Courtesy photo

The New Hampshire Aviation Museum usually thrives on in-person experiences. Housed in a restored 1937 art deco passenger terminal, it welcomed visitors to explore engines, cockpits and other aviation artifacts. And before COVID-19, the museum regularly took its educational outreach efforts on the road, into classrooms across New Hampshire — bringing in props, dressing up as characters from the state’s aviation history and so on. Now, that’s all put on hold.

“We didn’t have any plan,” says Jeff Rapsis, the museum’s executive director. “Of course, who did? We had to come up with something.”

That something? One of the museum’s loyal volunteers, Chuck Gerhan, suggested turning the museum’s professional-grade Elite flight simulator into a vehicle for a virtual trip around the globe. Departing from the Manchester-Boston Regional Airport May 1, the “Around the World Flight Adventure” set off toward Newfoundland, before continuing on toward Greenland, Iceland, Scotland and beyond. It turned out to be an ideal educational resource for schools across New Hampshire hungry for remote-learning experiences.
“We could introduce topics like history, geography and culture when we’re hopscotching around the globe,” Rapsis says. “We’re all stuck at home, but why not take the ultimate field trip and go all the way around the world and learn all about it?”

But it didn’t just catch on in New Hampshire. The museum’s virtual flight path was scheduled to sail above Normandy on Memorial Day, which attracted the attention of local and national press alike. It was chosen as one of five Memorial Day celebrations singled out by Newsweek — along with Nashville’s Grand Ole Opry and a star-studded “Parade of Heroes” hosted by Kathy Lee Gifford. The recognition was welcome, if unexpected.
“We do our own press,” Rapsis says, “Newsweek is not on that list.”

Thanks to the extra publicity, the museum’s Memorial Day flight leg attracted nearly a thousand viewers when it was livestreamed. Commenters from across the globe shared their own memories of visiting the spots shown on the flight screen.

“Good morning, guys! I was in the USAF and stationed in the UK at RAF Fairford from 89-91,” one commenter remarked. “I was also stationed in Germany at NATO Airbase Geilenkirchen 97-01. I got to see many WWI and II battlefields.”

Another chimed in: “Am in Florida watching the amazing virtual flight from London to Normandy, France. I had the experience of going to Normandy 4 years ago to see the beaches and the museums and the cemetery.”
Those running the aviation museum are usually thrilled to get 100 people to show up to its events — and can’t exceed 127 people in their building, per the fire code. So, needless to say, the outpouring of interest from far beyond New Hampshire was quite the achievement.

“To get nearly 1,000 people — even if it’s virtually — in one place, that’s a tremendous milestone for us,” Rapsis says. “And it all happened because of the shutdown and the need to be a little creative about the tools you have and the circumstances you face.”

The Best Events Happening in January