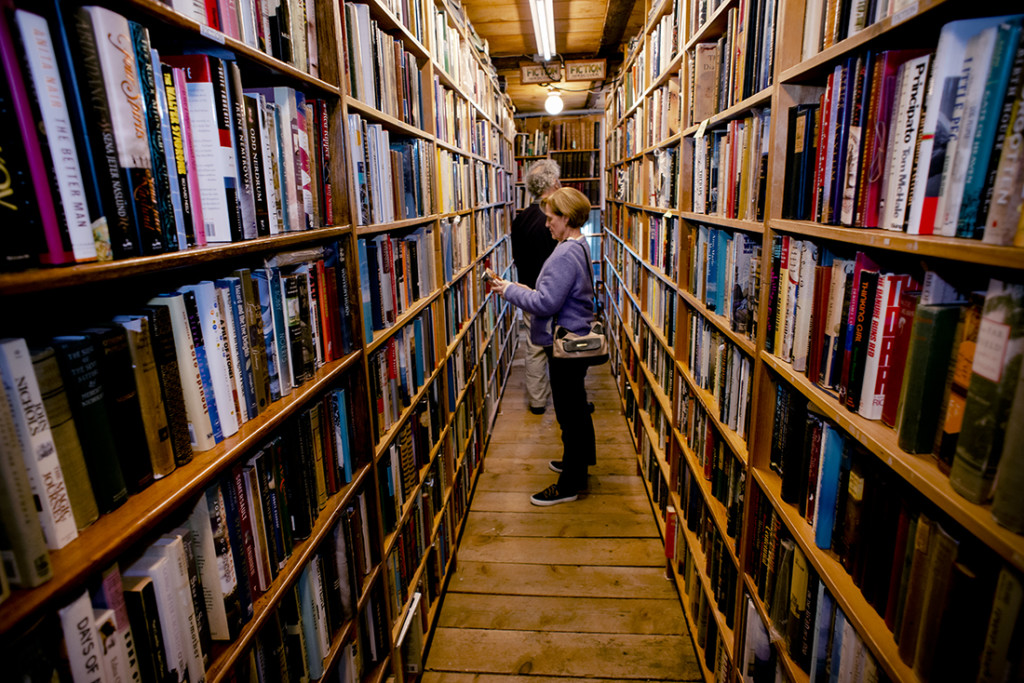 Lines of perspective created by shelves seem to extend to infinity at the Avenue Victor Hugo used book store in Lee.

Avenue Victor Hugo Books, once a beloved fixture in Boston’s Back Bay, lives again in an old red barn in Lee. The rustic floorboards are steady underfoot, making not a squeak to distract the minds of those who search the shelves. Each nook and surface and collection of curiosities is arranged by careful hands to facilitate curiosity and a sense of place in this cosmos of books. The labels defining areas of interest are thoughtfully hand-penned, suggesting that there are human guides nearby should a browser decide to come up for air and inquire about a specific title.

The principle guide is owner Vincent McCaffrey, who ran the first edition of this shop on Newbury Street for 40 years. In 2004, when rents got too high, he closed down the shop — much to the dismay of Bostonian bibliophiles — and began writing new books instead of selling old ones, but something about the feel and smell and mere presence of books is hard to get out of your blood when you’ve spent so much time in their company. With some help and encouragement from his daughter and son-in-law, he reopened Avenue Victor Hugo with about a quarter of his old inventory and many of the same old shelves and signs that had long guided seekers on their personal quests for knowledge or treasure. 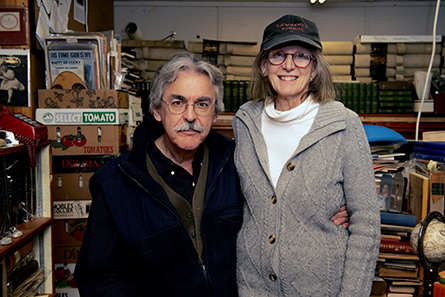 Vincent McCaffrey and Thais Coburn in their shop

McCaffrey is pleased, but also surprised by the reception his relocation has received. While only open two days a week, the store is busy with expectant buyers and hopeful sellers most of the time. His wife, Thais Coburn, is his partner in the endeavor, and his son-in-law helped by getting some social media buzz going about the “resurrection” of the once-urban shop in an old post-and-beam structure in the country. Its proximity to the University of New Hampshire campus, just 10 minutes away, accounts for some of the traffic, but McCaffrey has his own theory.

“Books are magic,” said McCaffrey to a crew from “NH Chronicle” when they were taping an episode there earlier this year. If anyone would know of their powers, McCaffrey is a good candidate. He started selling books from a handcart before opening the Newbury Street shop in 1975. At first he slept in the back of the store. At one point, his shop contained about a quarter of a million books. His inventory is more manageable now, as are his hours, Fridays and Saturdays from 10 a.m. to 6 p.m. He’s 75 now, and he and his wife are increasingly busy in their role as grandparents, sharing the love of old books with a brand new generation.