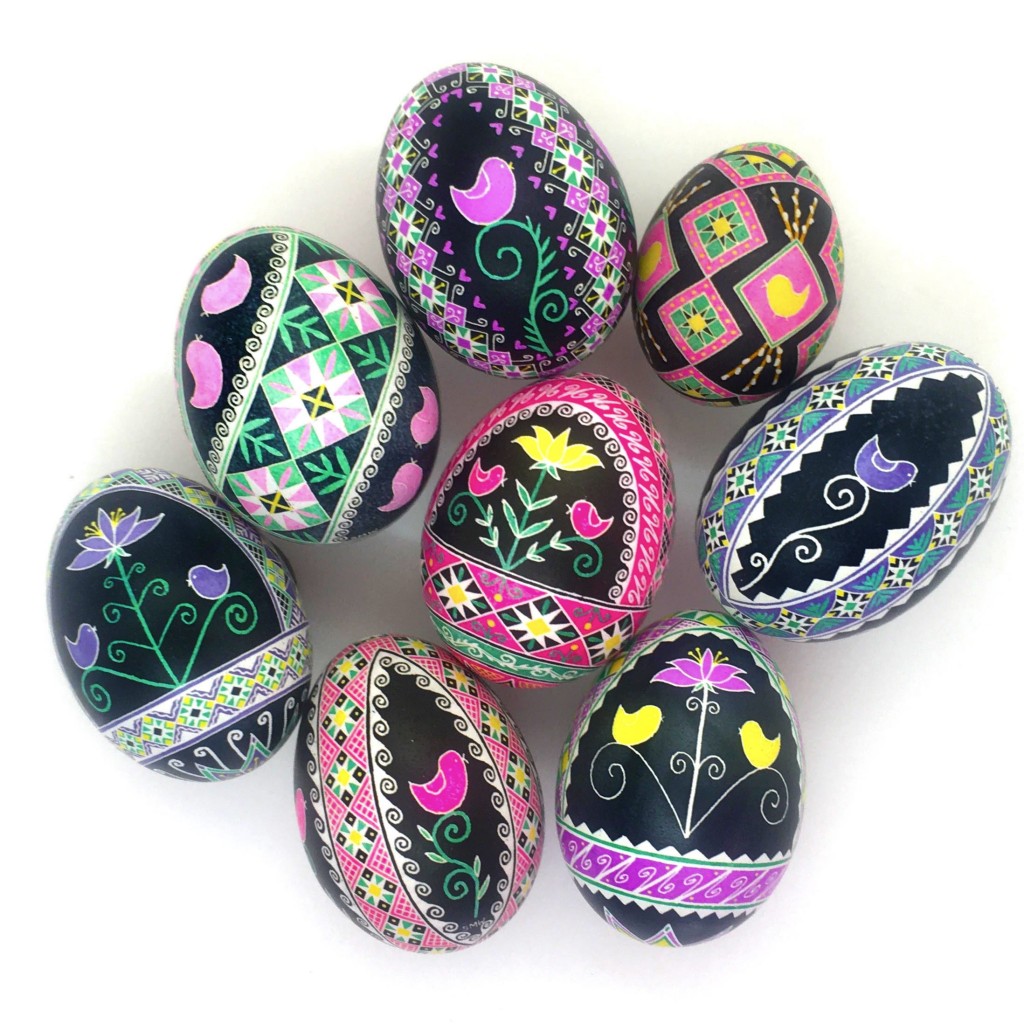 Eggs are $25 to $45 for chicken and duck, depending on size and complexity, and $70 for larger goose egg designs. Wallis also creates earrings out of partial eggshells.

Dyeing eggs in spring may be a pagan tradition that was adopted by the Christians, but the folks in Eastern Europe took it to the highest level. The technique of creating colorful patterns with a wax resist is called pysanky, and it came to the United States with the émigrés of the Ukraine in the diaspora that began just before WWI. The cultural traditions took root here and in Canada, and were passed through to the current generation.

Shannon Wallis is from the Upper Valley, not the Ukraine, but nevertheless enjoys the patterns and colors of the pysanky technique. She often runs into folks who know the history and recognize the regional patterns on her eggs — the patterns she first used to learn the process.

After eight years of developing her style, Wallis created her own language of design elements that goes beyond the traditional. She sees patterns everywhere — on someone’s dress, in a Hindi henna tattoo or flowers. Wallis says it’s a challenge creating two-dimensional geometric designs with squares and triangles that skirt a conical egg, but therein lies the satisfaction.

Starting with a raw chicken or duck egg, Wallis draws on the first layer of design with a kistka filled with flowing hot wax. Wallis says the method is like creating a coloring book — first she draws the lines in wax and then colors in between with dyes. Finally, all the wax is removed with a few seconds in a microwave, and the design is revealed. That is her favorite moment — is it a masterpiece or a mess? The finished eggs are “blown out” to preserve them. 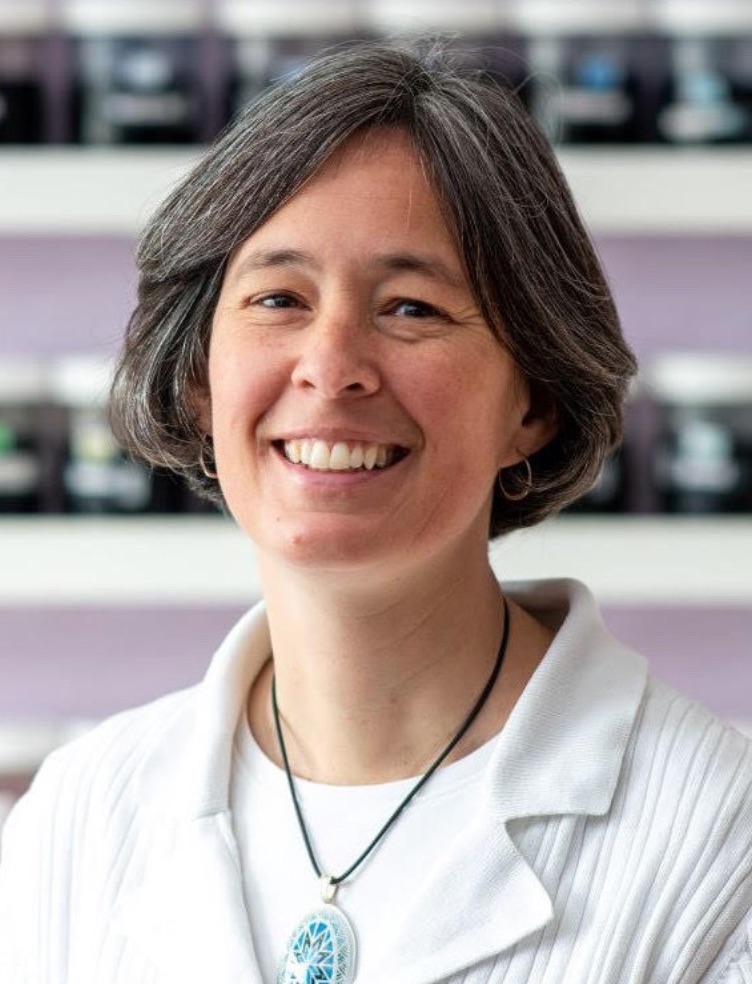 Shannon Wallis will be exhibiting in Londonderry on May 16 at St. Peter’s Episcopal Church’s Spring Fling craft fair. Her work is for sale at the League of New Hampshire Craftsmen’s shops in Meredith, Hanover and Littleton. She is also available to teach and demonstrate the technique.

Lately, she has been experimenting with brown eggs that are first “etched” with vinegar in spots to create whites lines, revealed under the brown surface. The colors used may be the only seasonal element to her designs, as she sells the most eggs in December as hanging ornaments.

But Easter is the traditional time for egg dyeing throughout history and cultures. Wallis may not have a Ukrainian heritage for design inspiration, but she has gathered dozens of “egg friends” all over the world on social media. She’s also been invited to participate in a show at the Pysanka Museum in Kolomyia, Ukraine, in April to bring back to the homeland variations of the technique that took root in America and Canada over the past 100 years. As a side note, she says that the most respected egg artist in the Ukraine is a soldier fighting, at the moment, against the Russian aggression.

When Wallis gets around to having her DNA tested, she almost hopes there is a percentage from Eastern Europe. That would explain a lot of things.