Are There Benefits to Drinking Alcohol?

Understanding how alcohol affects your health 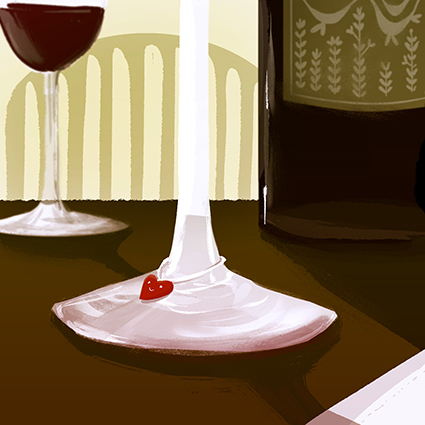 You might have heard the hype — and the conflicting reports — about the health benefits of alcohol. With party season upon us, it’s a good time to take a closer look at the risks and possible advantages of consuming alcoholic beverages.

It might surprise you to know that, for many individuals, drinking alcohol can in fact help promote good health. Experts agree, however, that drinking in excess is never a good idea, and despite alcohol’s potential benefits, teetotalers should not feel compelled to change their drinking habits. “We don’t recommend on an individual basis or a population basis” that abstainers start drinking, says Jonathan Eddinger, MD, FACC, a cardiologist-lipidologist at Catholic Medical Center’s New England Heart and Vascular Institute in Manchester. People with certain conditions, such as pregnant women and individuals who have a personal or family history of alcoholism, should be especially careful to avoid drinking alcohol.

Those who can safely imbibe should weigh alcohol’s potential risks with the benefits it can provide, particularly for the heart. “There is definitely a strong association between alcohol intake and cardiovascular mortality,” Eddinger says. Not all types of heart disease are equally influenced by alcohol, Eddinger says, but compared to abstainers, those who drink moderately — that’s no more than one drink per day for women or two for men — have a lower risk of a heart attack, possibly in part due to their tendency to have higher levels of HDL, the “good” type of cholesterol.

When it comes to alcohol, more is definitely not better, though; the moderation rule of one to two drinks per day seems to be the sweet spot, with amounts beyond that corresponding with a rise in various ailments and death. “As you drink more alcohol, the risk for high blood pressure starts to increase,” Eddinger says. “And the biggest risk to drinkers as they imbibe more is for stroke. This is probably partly explained by high blood pressure driving stroke risk, but it is not as simple as that.”

As studies have explored the good that alcohol can do for the body, much attention has focused on resveratrol, a compound that comes from grape skins and is plentiful in red wine. It’s true that resveratrol “has some really nice effects,” Eddinger says, given its antioxidant and anti-inflammatory properties that can help keep blood vessels healthy.

But most research suggests that resveratrol alone is not the key to the puzzle of how alcohol benefits health. For example, studies show that drinking nonalcoholic wine does not provide the same health advantages as consuming wine that contains alcohol. Plus, beer and spirits seem to have the same healthful effects as wine. “The bulk of the data seems to suggest that it’s any type of alcohol,” Eddinger says. “There’s something about the alcohol itself it seems, and not just the resveratrol.”

Research that probes the good and bad of alcohol consumption is complicated by a number of factors, including a reliance on self-reported data: People are not always honest about their drinking habits, and not everyone is aware of how their typical drink stacks up against recommended serving sizes. (A serving of wine, for example, should be only 5 ounces.) Lifestyle is also difficult to properly track, and it’s possible that people who, say, drink cocktails rather than beer or wine tend to have other habits that influence their health. And maybe patterns of alcohol use — the time of day people drink, for example, and whether they consistently drink in moderation or not — skew research results.

The bottom line is that moderate intake of alcohol appears to be beneficial, but it isn’t entirely clear whether the health benefits are derived solely from drinking alcohol, or are influenced by lifestyle choices that accompany the drinking.

But for sure, moderation plays a significant role. For people who have no complicating conditions, drinking the recommended amounts of alcohol lowers the risk of dying from a heart attack, but if alcohol intake exceeds recommended levels, Eddinger says, the likelihood of high blood pressure, stroke, cancer and death from non-heart attack related issues rises. So, before you raise a glass, consider alcohol’s risks as well as its benefits.

Drinking alcohol in moderation can be good for cardiovascular health, but before you break out the bubbly, keep in mind that “moderation” means one drink per day for women and two for men. Serving size counts, too, with recommended amounts coming in at 5 ounces of wine, 12 ounces of beer or 1.5 ounces of hard liquor.

And don’t forget that the calories in alcoholic beverages can quickly add up, says Eileen Behan, RDN, a dietitian at Core Physicians. A glass of wine can boost your caloric tally for the day by about 120 calories, while a beer might cost you 150 calories and a shot of alcohol about 100. If you enjoy mixed drinks, which typically include some type of sweetener, the final calorie count will be significantly higher.

Those who want to skip the alcohol but still reap the health perks of resveratrol, a much-publicized compound that is plentiful in red wine, can take in resveratrol’s antioxidant and anti-inflammatory effects by munching on blueberries, cranberries or peanuts.

Alas, no one should expect that simply drinking moderately or eating berries is the key to all things health-related. Instead, consider “the whole package,” Behan says. “Are you smoking? Are you getting exercise?” Your overall lifestyle and daily habits are what matter most.