A young entrepreneur’s letter leads to collaboration with Annalee Dolls 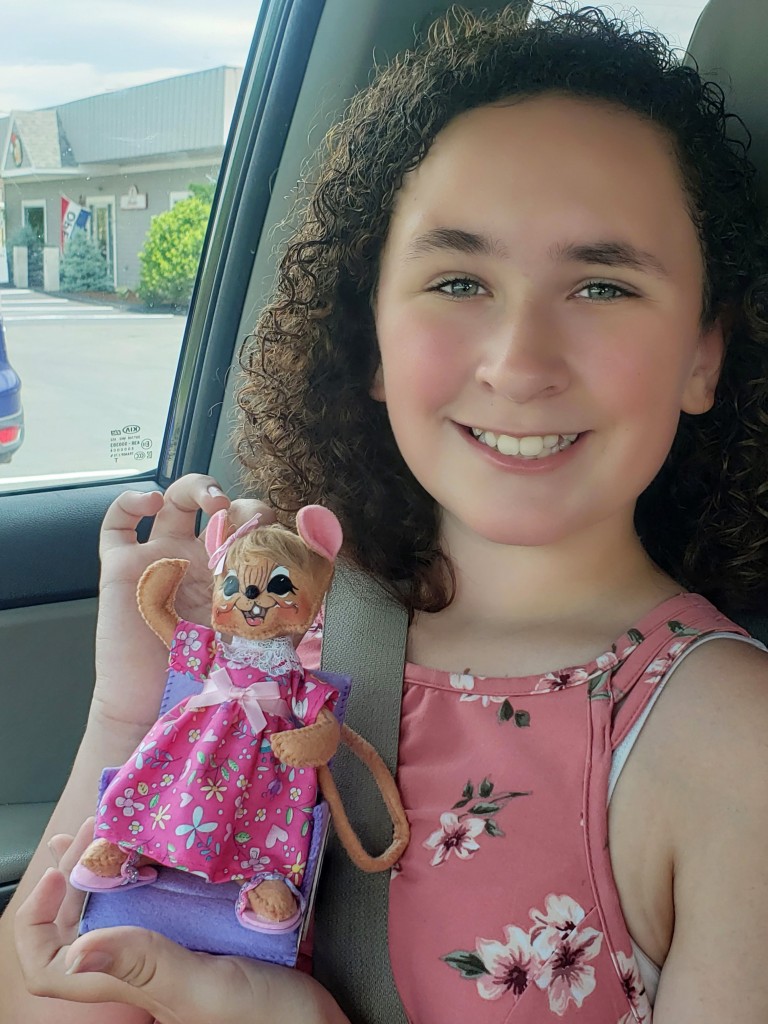 Hannah Upperman wasn’t expecting a reply when she left a letter at the counter of an Annalee store earlier this year. The letter contained an idea for a new kind of doll from the iconic Meredith-based collectible manufacturer.

But Upperman had learned better than to get her hopes up, after all. She’s written letters like this one to another popular dollmaker before — with ideas for new characters or accessories — but never heard back.

Soon enough, though, the 11-year-old from New Hampton received more than just an acknowledgment from Annalee: She got an invitation to collaborate with the company to bring her new doll idea to life, and to help launch a new contest designed to give other kids a chance to pitch their own ideas to the company.

“I was super-excited,” says Upperman. “I never actually thought it would happen. I thought they would think of it as just a cute idea and save it for later.”

While Upperman has long loved Annalee dolls, she noticed there weren’t any that represented people with disabilities — so she sketched out her own idea for “Wheely Awesome Mouse,” a girl mouse who uses a wheelchair. She says she was also inspired by a girl who used a wheelchair during a visit to her fifth-grade grade classroom during a fun unit on gardening at the school’s greenhouse.

“It was so much fun getting to know her,” Upperman recalls.

She now hopes the new doll helps kids with disabilities feel more represented and supported. And if you think Upperman’s been thrilled with the whole experience, her parents have been equally thrilled — and proud.

Annalee says it plans to debut the new doll in 2022. The first round of winners in the Annalee Kids Design Contest were selected this summer; a 13-year-old’s pitch to honor her child life specialist, who accompanies her at the hospital during ongoing medical treatments, will also debut as a new Annalee doll in 2022.

As for Upperman? She’s got big plans from here: She’s juggling a full plate as an aspiring toy designer, an avid bracelet maker and a budding nature photographer, and she’s eager to keep channeling her creative energy to inspire others.

“This project has meant a lot to me,” she says. “It’s shown what I can do, as a girl, but it can also show what many others can do.”