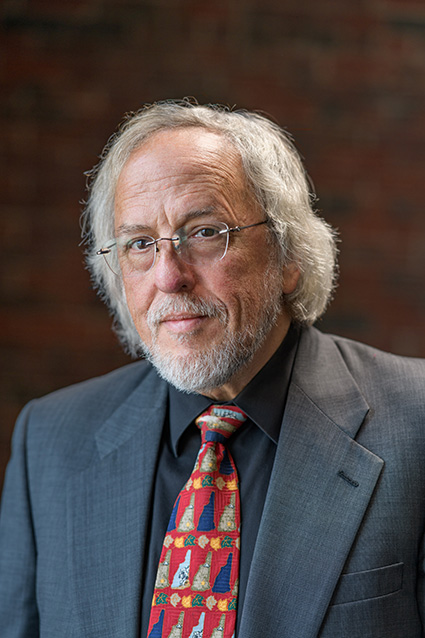 The process of letting go began last issue with a placeholder photo taken at a high school class reunion (not mine) by my friend and photographer P.T. Sullivan. He had caught me looking up from a gin and tonic with a slight smirk. The look seemed appropriate for someone who had, by all appearances, aged 11 hard years in the month since the previous issue.

I had agonized over the decision to change my public face for a while, and then went with the smirk, just to get it over with.

Of course, it’s important to remember that such moments of self-consciousness usually only matter to oneself. Folk singer Pete Seeger used to get crowds to sing out loud along with him by reminding them of this fact. “You may think everyone’s looking at you when you sing,” said Seeger, “but everyone around you is too busy thinking that everyone is looking at them.”

Of course, the editor’s note isn’t usually the most well-read page in a publication anyway. Who really cares what the editor looks like or has to say about the contents of a magazine? If that person is doing his or her job, the rest of the pages should speak for themselves. So I wasn’t really surprised when the only person to even comment on my new casual photo last month was my mother-in-law. She wasn’t impressed, just for the record.

But above, in all its graying glory, is my new official portrait. Yes, I’ve gained weight and given up on finding an executive cut for my thinning hair. On the plus side, the tie I’m wearing once belonged to the late commissioner of cultural resources Van McLeod. It’s a model they sell at the New Hampshire Historical Society gift shop for $30, but I got mine free by attending Van’s memorial service back in 2016 and picking it out of a bunch his wife was giving away. I don’t wear ties very often, now that I can get away with it, but this one will always be special.

I know people who cannot take a bad photo. No matter what’s going on with their hair or mouth, they look like the camera has a crush on them. I’m not one of those people. I look most like myself when I’m in motion. My facial impression is the sum total of a bunch of odd tics that seem to pass over my features like weather patterns. Every now and then they coalesce and the camera captures me the way I like to think I look. Those occasions are getting rarer of late, but they still happen. I like this shot (by my friend and photographer John Hession) because I look interested but just a little skeptical. I’m amused but in an intellectual way — not the goofy way that my amusement usually manifests on my face.

The fact that this magazine is so often a library of faces of local people from all walks of life occurs to me, and I wonder how often (or rarely) we have given those subjects the same consideration I’ve given myself here, taking the time to find just the right moment between forced “picture faces” to find the one I chose to represent me.

For everyone who has been poorly depicted by us, I apologize. It’s the least I can do here at this moment when I reveal my own new ain’t-perfect-but-it’ll-have-to-do look.

But enough about me, what about the contents of this brand-new issue of New Hampshire Magazine you hold in your hands?

Well, you’ll read about the state’s top doctors and its smallest hospital and, just for fun, about our state’s legendary population of Bigfoot (Bigfeet?). There’s not enough room to go into detail about all that, now that I’ve rambled on about my own face for 300 words or so, but really, who cares what an editor has to say about the contents of a magazine? If that person is doing his job, the rest of the pages should speak for themselves.