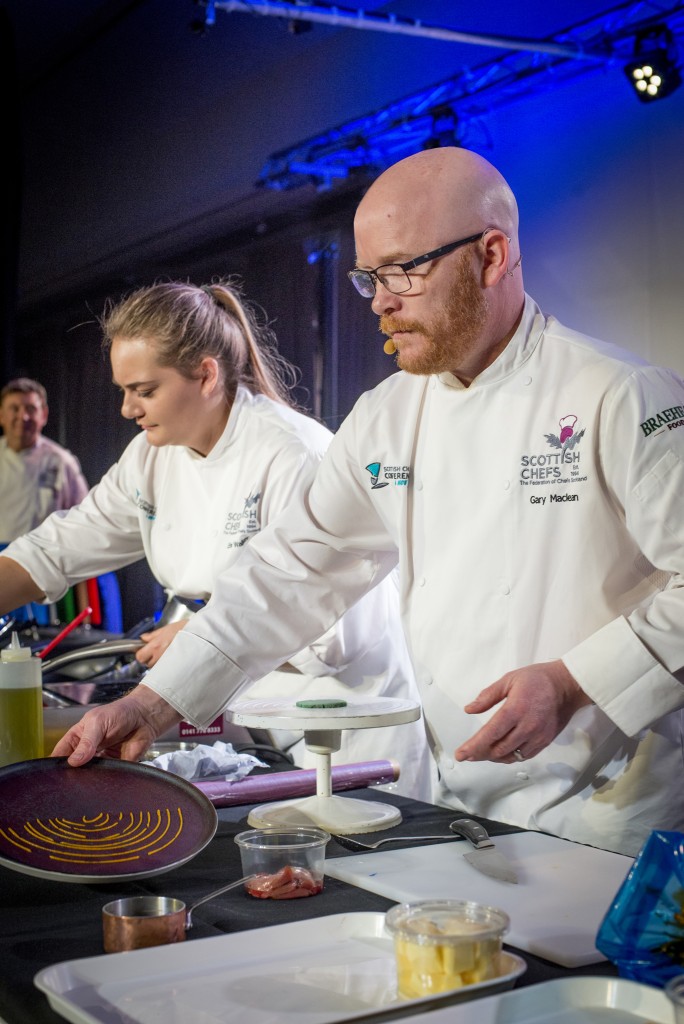 Like many beloved Granite State traditions, the New Hampshire Highland Games & Festival were put on pause in the early days of the pandemic. In 2020, the games went virtual. In 2021, the show went on in person but attendance was limited.

This year, NHSCOT is promising a return to normal and a chance to welcome back many international visitors for the first time since 2019. Among those gearing up for a homecoming of sorts is Gary Maclean, the first National Chef of Scotland.

“For me, it will be really, really special just to get back together,” Maclean says.

Also a culinary educator, cookbook author and BBC MasterChef: The Professionals champion, Maclean says he started serving up Scottish fare — and more — at the games in 2017.

“The whole idea was to bring a real taste of Scotland to the people at the games and just a little bit of fun with food,” he recalls.

That first year at the games, Maclean admits, he went a bit off-book. His menu included pasta and other decidedly non-Scottish dishes. “I didn’t really embrace the whole Scotland thing, if truth be told,” he says. “I know it sounds mad.”

More info at nhscot.org. And, be sure to check out this issue’s Food & Drink article for Scottish recipes by Gary Maclean here.

It mustn’t have been too mad though, because he was invited back again and again. Since then, he’s found plenty of opportunities to celebrate the intersection of cuisine and Scottish culture. That has included demos on how to cook with whiskey, and a deep dive on food inspired by the popular STARZ series “Outlander.”

No matter where or what he’s cooking, Maclean says one thing is constant.

He also tries to keep things interactive. And it’s helped, he says, that the crowds in New Hampshire tend to have a similar sense of humor to those at home.

“I can tell the same jokes onstage in New Hampshire as I can in Edinburgh, which is pretty cool,” he says. “I don’t have to tone it down, or anything like that.”

A self-proclaimed creature of habit, Maclean says he’s sampled most all of the restaurants in Lincoln during his time at the festival — and he makes sure to stop by a local pub that does “pizza and chicken wings and great beer” each time he visits.

Maclean says he’s been too busy working to actually catch any of the games as a spectator, but he’s hoping to get out to see more of the festival this time around. And he especially can’t wait for the music.

“The standard of pipe bands in New Hampshire is just incredible,” he says, “just absolutely, you know, hairs-on-the-back-of-your-neck incredible.”