A Quest Through the White Mountains

There’s hiking, and then there’s these challenges 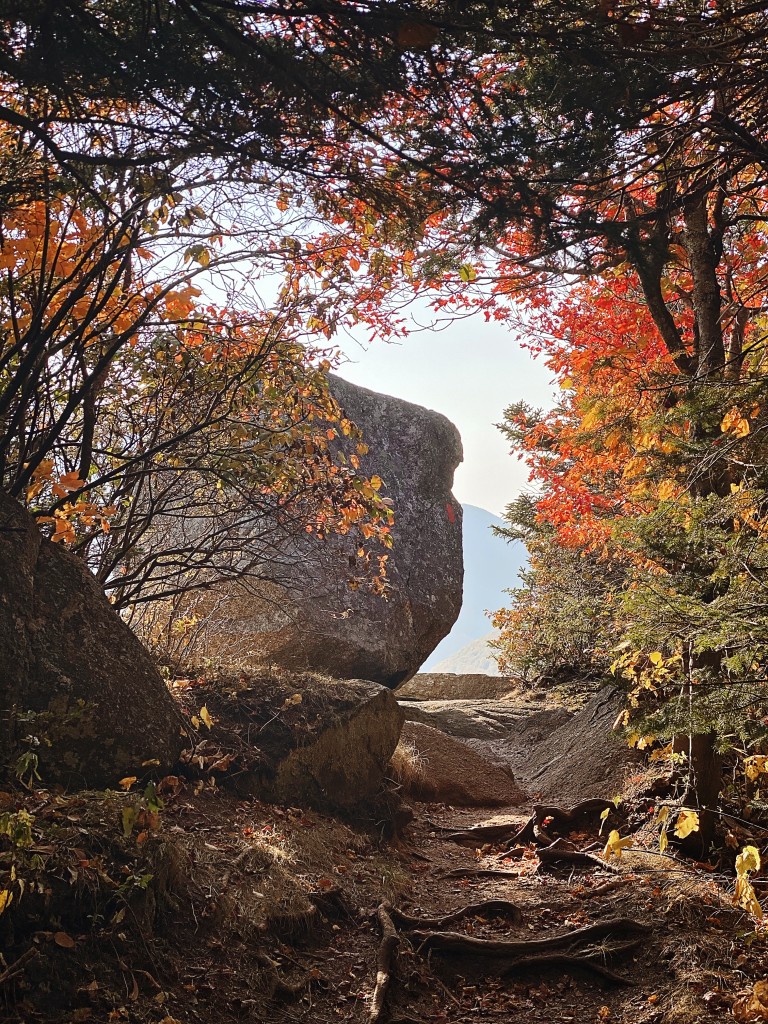 Philip Carcia’s quest to conquer the White Mountains has gotten the attention of media heavyweights like Outside Magazine, The Associated Press and, most recently, The New York Times. But Carcia, whose home base these days is the Notch Hostel in North Woodstock, says now his motivation is much more personal than the media spotlight would suggest.

Now 36, Carcia says he fell in love with hiking decades ago, walking the trails close to his hometown in central Massachusetts. But over time, things began to feel a bit aimless. He became “disillusioned” with long-distance hiking culture. In 2014, his father passed away due to a sudden and aggressive lung cancer. Working through that grief led him to where he is today: “a very long, ongoing, perpetually shifting personal journey” through the White Mountains.

“I’m here trying to give fully in the mountains where I feel like I’ve cut my teeth, in the mountains that mean the most to me,” Carcia says. “And I want to give people a very realistic perspective on what that looks like.”

In 2019, Carcia first attracted the spotlight for becoming the second person to ever complete “The Grid” in a single year, reaching every 4,000-foot peak in the White Mountains once each month. (“That adds up to 576 climbs and 2,700 miles, and it often takes years, if not decades, to achieve,” the AP noted at the time.)

This year, Carcia wanted to try to complete the redlining challenge — which, as he explains, entails “hiking all 652 primary trails listed in the official ‘White Mountain Guide’” — in just 100 days.

“This is, in my mind, one of the last great undone endurance projects not only in the White Mountains, but in the United States,” Carcia says.

The New York Times caught up with him as he was close to reaching that goal. But, as Carcia says, it’s still undone: This year, he ended up missing his target by about five days. It was disappointing, to be sure, but he’s only more emboldened to go back and try again next year.

“It’s been pretty easy to remember that we’re not here forever and that, you know, perhaps at some point in my life I’ll be on a hospital bed, succumbing to cancer, immobile, staring up at the ceiling, forced to really have a good, hard look at everything I did in my life,” Carcia says. “And I just want to know that I spent these years where I was young and healthy and curious enough to go out and attempt some of these things — I just want to know that I absolutely did that, and that I used my time the best that I could have.”