A ‘Magic’ Pill That Cures Obesity?

New drugs offer hope to many battling the bulge 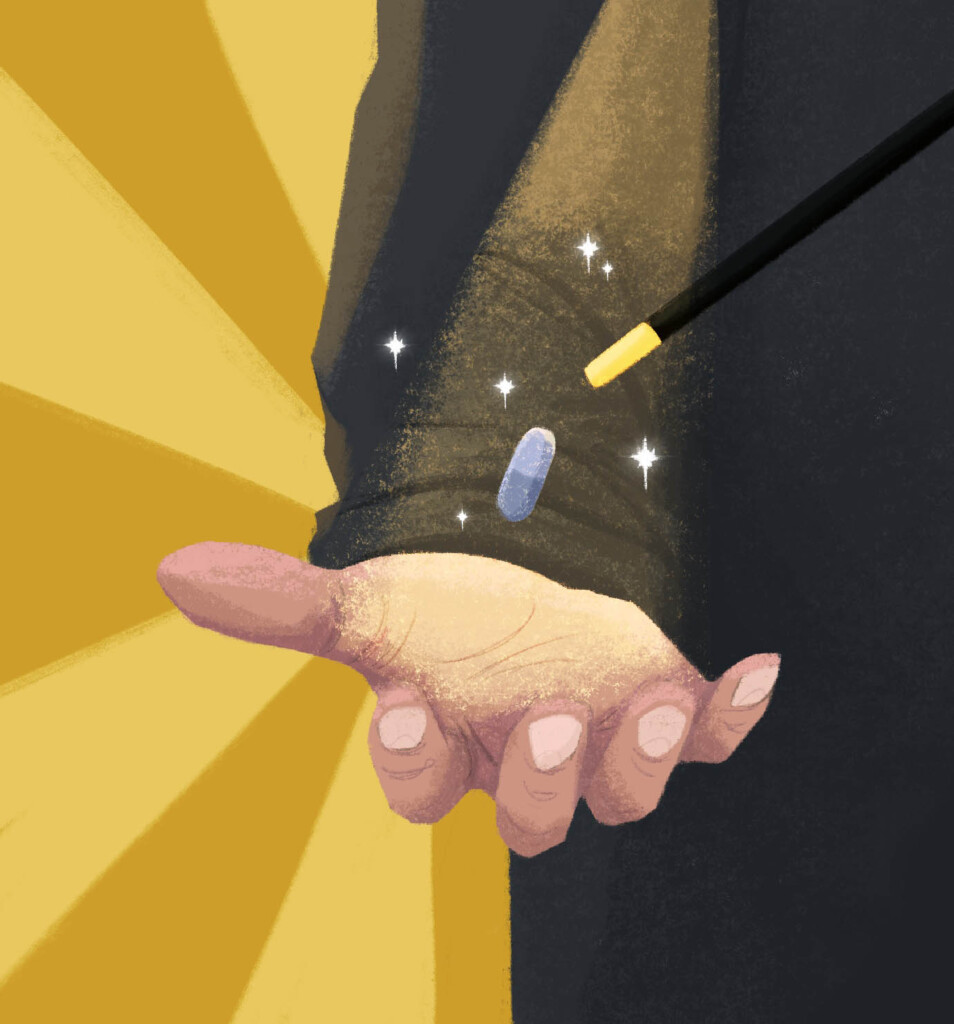 Some Hollywood stars have admitted they can’t credit their weight loss to low-carbohydrate diets, personal trainers or surgical procedures. Tesla, SpaceX and Twitter magnate Elon Musk publicly attributed his recent slimdown to Wegovy, one of a few glucagon-like peptide-1 (GLP-1) drugs recently approved by the Food and Drug Administration to control obesity. At the same time, New Hampshire doctors who practice obesity medicine say these medications are helping their own patients declare victory over the battle of the bulge.

GLP-1s were originally created to treat Type 2 diabetes, but have also been shown to help patients shed pounds. In fact, studies have shown that patients taking Wegovy for weight loss could expect to lose up to 15 percent of their body fat. (For someone starting out at 250 pounds, that amounts to a 37-pound weight loss.) While it may sound like an easy way to lose weight, doctors say these drugs aren’t easy to get, aren’t always covered by insurance, and are only approved for obese or overweight patients with a comorbidity, or for patients with Type 2 diabetes. Then there’s the sticker shock: Without commercial insurance coverage, Wegovy can cost patients more than $1,300 a month. (At this time, Medicare does not cover GLP-1 drugs for weight loss only.) But, for those who meet the criteria, GLP-1s can change lives, says Dr. Sarah Finn, medical director of Dartmouth Health Regional Weight and Wellness Center.

“Many say that for the first time in their whole lives they aren’t feeling hungry or obsessed with food — and they’re feeling full,” Finn says. “It’s a game-changer for them.”

What Are GLP-1s and Why Do They Work?

For years, we’ve heard that the key to shedding pounds boils down to eating less and moving more. Yet, 42 percent of adults in our country are considered obese, meaning they have a body mass index (or BMI) of 30 or more. Obesity can lead to other diseases, such as diabetes and heart disease. By treating obesity as a disease itself, doctors say patients have a better chance of avoiding more serious complications later on. There are many reasons why a person may have obesity and difficulty losing weight, Dr. Finn says. Stress, genetics, medications, sleep disturbances and diet all play a role. In other words, patients may need to change more than their lifestyle to get dramatic results.

“It’s a complex disease,” Dr. Finn says. “Fat cells increase in size and become inflammatory. That starts affecting hormonal communication between fat cells and the brain, and fat cells and other organs. This can cause the brain to become resistant to one of the hormones produced by fat cells, called leptin, a hormone that helps regulate appetite and weight.”

Prescribing drugs to treat obesity isn’t a new practice, but GLP-1s work differently than their predecessors. They work on your gut and your brain to suppress appetite and make you feel fuller faster. They slow gastric emptying. And because these drugs help people better control their hunger, they’re also more likely to control their calorie intake, according to Dr. Amulya T. Siram, medical director of obesity medicine at the Center of Weight Management and Bariatric Surgery at Wentworth-Douglass Hospital. Despite their efficacy, GLP-1 medications alone aren’t the only ticket to weight loss success.

“Obesity medications only work when combined with diet and activity efforts,” Dr. Siram says. “We expect patients to lose 5 to 15 percent of their weight. However, if they stop taking medication, weight regain is common. These medications are approved for long-term treatment of obesity.”

Not all GLP-1 medications are made exactly the same, which is why some work better than others, depending on the person. They come in different formulations and dosages and are sold under several different brand names. All require a doctor’s prescription. Some are only approved for Type 2 diabetes, but not for weight loss.

To date, GLP-1s approved for weight loss include Wegovy (semaglutide) and Saxenda (liraglutide). Wegovy is injected weekly and Saxenda is injected daily. Medications approved for Type 2 diabetes, but also prescribed “off-label” for weight loss, include Ozempic (semaglutide), Trulicity (dulaglutide) and the daily pill Rybelsus (semaglutide). Mounjaro (tirzepatide) is the latest drug to hit the market, and is a combination of GLP-1 and glucose dependent insulinotropic polypeptide (GIP) agonists. A recent Eli Lilly and Company clinical trial reports that patients taking Mounjaro achieved between a 16 and 22 percent weight loss in 72 weeks. The FDA has fast-tracked Mounjaro for approval as a weight loss drug, with doctors hopeful that the approval could come as early as spring 2023.

Dr. Ellie Chuang, an endocrinologist who practices obesity medicine at Southern New Hampshire Weight Management in Nashua, says she’s seen her patients achieve great success on more than one of these GLP-1 medications.

“My patients have done really well, particularly when we bring in the lifestyle part,” Dr. Chuang says. “I have one lady on Trulicity who lost 30 percent of her body weight in a little over a year. In fact, I’ve seen multiple patients reach 30 percent.”

Despite their impressive results, GLP-1s may not be right for everyone. Common side effects include nausea, diarrhea, vomiting and abdominal pain, to name a few. According to Dr. Siram, more serious side effects — such as pancreatitis, gall bladder problems and acute kidney injuries — are also risks. People with a personal or family history of medullary thyroid cancer or multiple endocrine neoplasia syndrome type II shouldn’t take GLP-1s. You also shouldn’t take them if you’re pregnant or trying to conceive.

Some health care providers still aren’t familiar with or comfortable prescribing GLP-1s for weight loss. Dr. Finn strongly suggests that patients seek treatment at a center experienced in treating obesity as a disease. These centers will not only help you find the right medication, but can monitor your progress and help you make important lifestyle changes along the way. Many times, GLP-1s are used prior to bariatric surgery to obtain pre-op weight loss, and also after bariatric surgery if there is weight regain, says Dr. Chuang.

GLP-1s aren’t a cure-all, nor do they supplant making lifestyle changes or even bariatric surgery in some cases, but they do give patients hope for a healthier future.

“Anti-obesity medicines have gotten a bad rap with individualized patient response, and produced 5 to 10 percent weight loss,” Dr. Chuang says. “Now we’re in a different stage of science and have a new generation of effective medicines. But because of societal bias against this disease, patients aren’t getting the treatments they need. In the next 10 years, there’ll be even better treatment choices, and that’s really exciting.”