Irish events and inspiration in Manchester, Portsmouth and beyond 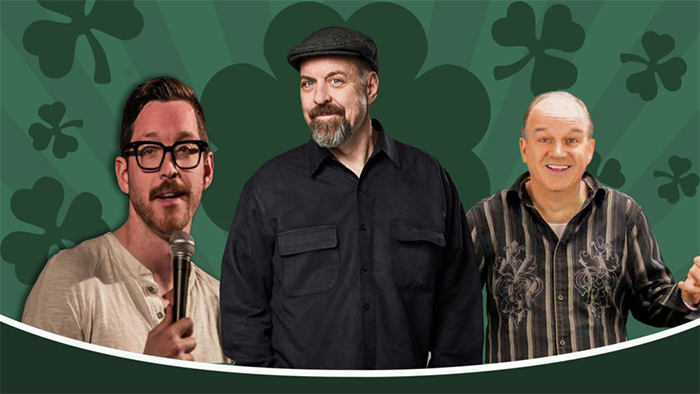 They say there are two types of people in the world: the Irish and those who wish they were. Their national holiday, then, draws crowds around the world and offers a wide range of festivities, with celebrations often extending far beyond the observed date of March 17. Towns around New Hampshire have kicked it into gear for the holiday this year, with events and ideas all over the state for how to channel your Irish roots (real or imagined) this St. Patrick’s Day. Whether you’re looking for old-fashioned and Irish or newfangled and Americanized, here are some ways to make some memories and appreciate good ol’ Saint Patrick, right here in New Hampshire. Updated for 2019

Ri Ra Irish Pub is celebrating St. Patrick’s Day from March 11-17 with its Paddy Fest 2019. The weeklong celebration of Irish food, drink and culture kicks off on Monday with live Irish music from Oran Mor,  followed by a Jameson Whiskey class, Guinness dinner and lots more fun leading up to the big day on March 17.

Some good Irish laughs (and dancing)

If everyone’s Irish on Saint Patrick’s Day, then the best place to be on March 16 is the Music Hall to celebrate with Irish dancing, music and hilarious comedy. Comedians include Jim McCue, Joey Carroll, Kristin O’Brien and host Will Smalley. Plus, enjoy traditional Irish dance with The Murray Academy.

Whether it’s to amp up your fitness or to run off the beer from the night before, the Clover Run 5K is a smart addition to your Paddy’s weekend. All are welcome, including children and adults of all ages. Proceeds from the event benefit St. Patrick School.

Manchester’s longstanding Paddy’s Day race has expanded into a St. Patrick’s weekend full of running that caters to all different levels. Saturday will be for all of those leprechauns who are ready to take on the Shamrock Half Marathon, and Sunday will be for any others who would like to participate in the two-mile Shamrock Shuffle. Throw on the green sneakers and get moving!

Run Before You Crawl (Dover), March 23

This kick-off to the 2019 Dover Race Series on March 23 features a 5K race through downtown Dover starting at 9:30 a.m. It then transitions to a restaurant crawl from 11 a.m. 3-p.m. You’re invited to do both or just the race or restaurant portion.

Despite the off-peak date, the same rules apply: have fun and wear green. The parade will start at noon on Elm Street and continues from Salmon to Central Street.

The PLUS Company’s 28th Annual Wild Irish Breakfast will take place at the Doubletree by Hilton in Nashua. This year’s speakers include Senator Hassan, Governor Sununu, Mayor Donchess and Republican presidential candidate Governor Bill Weld. The breakfast raises money for The PLUS Company, a nonprofit serving over 400 adults with disabilities in New Hampshire and Massachusetts.

The lively Irish Step Dancers of the Tara Little Dance School will be featured at the St. Patrick’s Day Celebration at Schuster’s Tavern and Steakhouse at the Gunstock Inn. Tara Little, former choreographer for the internationally acclaimed Riverdance, will showcase several of her talented Irish Steppers at 6 p.m.

This is no ordinary Irish Dance performance — it’s a battle of styles, a clash of colors. Featuring dancers and musicians from Riverdance, Lord of the Dance and Celtic Woman, Murphy’s Celtic Legacy is the next generation Irish dance spectacular.

The legendary Press Room is open again in Portsmouth, and they’re celebrating St. Patrick’s Day with this special musical event. Great Bay Sailor will be singing  songs and playing tunes found in the great treasure trove of traditional and contemporary Irish music. Their Celtic performance features traditional and contemporary dance tunes, marches and slow airs, pub songs, songs of the rebellion, maritime songs and ballads. Don’t forget to bring your voice: You’ll be asked to sing some of the great community choruses that have helped make this genre of music popular for generations.