As vaccines allow seniors to resume more normal lives, some are experiencing anxiety about reentering society. Here’s what you can do about it. 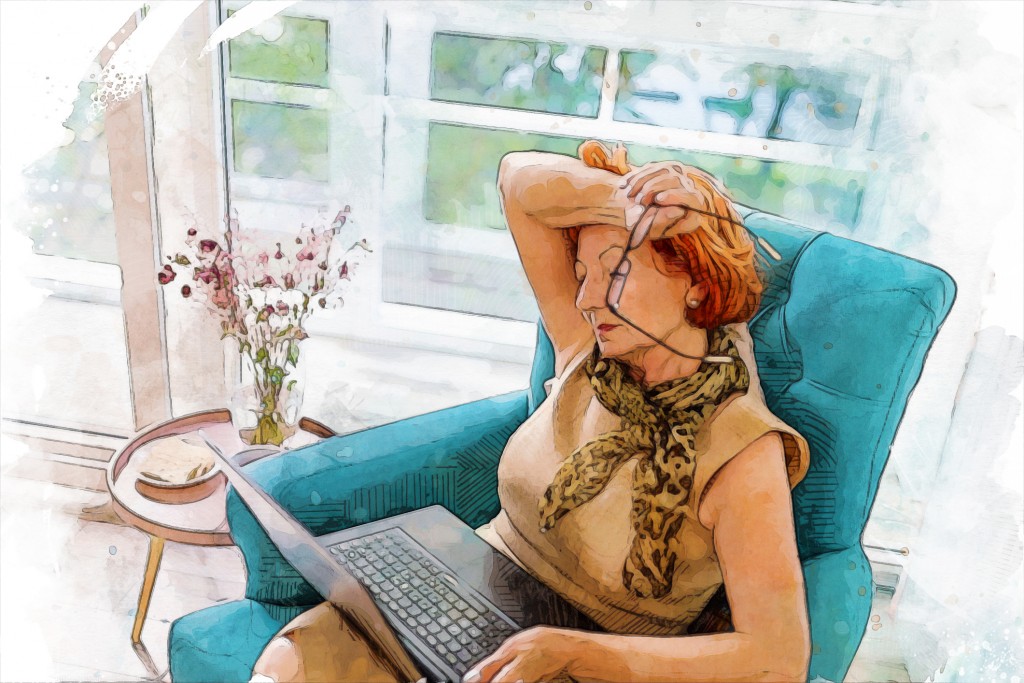 Now comes the hard part — what to tell all those people I’ve told, ‘We really need to get together when this is all over,’” comedian Bill Maher kidded in the opening monologue of a recent episode of his HBO show when looking to the light at the end of the long COVID-19 pandemic tunnel.

But the levels of stress, anxiety, depression and even suicidal thoughts that people across all age groups and demographics are experiencing at the prospect of going back to the
“old normal” way of life is no joke.

In fact, it is so serious that it’s already reached alarming rates.

The American Psychological Association (APA) released a study in June 2020 that 49% of adults feel uneasy about returning to in-person interactions once the pandemic is over. Furthermore, the APA determined that 48% of those who have already received the vaccine say they still are uncomfortable about communing with others.

“All of us are seeing a very large amount of stressed-out people,” says Nancy Rotkowitz, L.I.C.S.W., M.L.A.D.C., who has 30 years of experience and is currently an independent practitioner with Counseling Associates of Plaistow. “It’s taken its toll on the senior population. For them, some of it has to do with recognizing their own mortality.”

Data from the Centers for Disease Control, which tracks the number of cases contracted and the number of deaths due to COVID-19 in the United States, indicates that on May 4, 32.2 million people were afflicted with the virus and about 574,220 people have died as a result. In New Hampshire, the numbers on the same date were more than 95,000 cases and 1,305 deaths recorded.

Seniors remain the most vulnerable population, but according to the CDC, active cases are declining. Additionally, fully vaccinated seniors are now 94% less likely to be hospitalized with COVID-19 as of press time in early May.

“A lot of seniors are stressed about reintegrating back into the world. Is it safe out there? They are wondering if it really is. This pandemic challenged a lot of people’s belief about safety,” says Rotkowitz, who consults with peers on this topic. “A lot of people in the 65-plus crowd have friends or family who caught the virus and died. Then we have the next group down in age [50-plus] who have lost their parents. We therapists are seeing patients with a lot of anxiety, and we see patients with it who never had anxiety before.”

The pandemic crisis, now in its second year, necessitated social distancing and social isolation, even from close family. Many of the older adults who are still working were able do their jobs remotely from home and with only virtual contact with colleagues.

As a result, people created individual bubbles and insulated themselves in what has come to be called their COVID cave. As a consequence, for many, social skills got rusty and people got into a familiar rut in what became their “new normal.”

Now, breaking out of the bubble and having to go back to their former lifestyle is not just scary, it feels alien, and that’s causing a sharp rise in anxiety and panic attacks.

“I’m actually seeing a level of agoraphobia in some where they are becoming afraid to leave their homes because they’ve been home for so long and now are used to it,” Rotkowitz says. “When we have a fear and we have to challenge that fear on a daily basis, as a human being we learn to adapt and overcome that fear. But when we’re given the opportunity to run from that fear, the fear becomes larger.”

The current political divisiveness in the country, adversarial and conflicting positions taken by the two sides on medical science, the spread of conspiracy theories, and random social media posts only exacerbate the problem.

Confusion has overtaken clarity. There is a crisis of confidence.

“The ambiguity of our political climate is a big part of this. Who do we trust? We used to believe in science and trust the scientists and now some people are wondering about all that,” says Rotkowitz. “Is it a negative thing to question? Probably not. It’s good to be educated and informed, but that feeling of security was pulled out from under people’s feet. Now they may feel that OK, we’re being told it’s safe now, but is it? Is it OK to believe that?

“You have to look at a cost-benefit analysis. The benefit is to get back out there, but what is the cost? And do we believe that if we go out and walk into the grocery store that we won’t catch the virus and die in two weeks?”

The pandemic has also altered the dynamics of families and relationships. According to the experts, more than half of young adults across the country moved back home with their parents or an older relative because of economic necessity and/or they didn’t want to ride it out alone.

As the adult kids then move back out of the home, it’s the empty nest syndrome all over again.

“In that situation the isolation is huge, especially in the senior population. It really affects them. I know that not being able to see their grandchildren for over a year really affected them. It caused a lot of depression,” Rotkowitz says. “Family dynamics have changed because of the pandemic and we weren’t ready for it. We thought we were smarter. We thought we were more equipped. We weren’t.”

Nevertheless, there are pandemic positives to be gained.

Will the widespread availability for vaccines against COVID-19 make 2021 just like the Roaring Twenties? We might feel like letting loose, but experts caution this is no time to rouge your knees, roll your stockings down, paint the town and all that jazz.

In reality, gradual steps are needed to reacclimate to normalcy. Moving too fast will increase, not decrease, depression, panic and anxiety. Try to practice meditation, mindfulness or other calming techniques. Dr. Asim Shah, professor and the executive vice chair of the Department of Psychology and Behavioral Sciences at Baylor University, offers these other tips:

2. Focus on facts and evidence.

6. Focus on the positive.

7. Remember that tomorrow is a new day.

The Cost of Widowhood

Get Out and Enjoy Nature