Even with a 100-year-old map, this quest for lost wealth ends with rusty nails and old cans 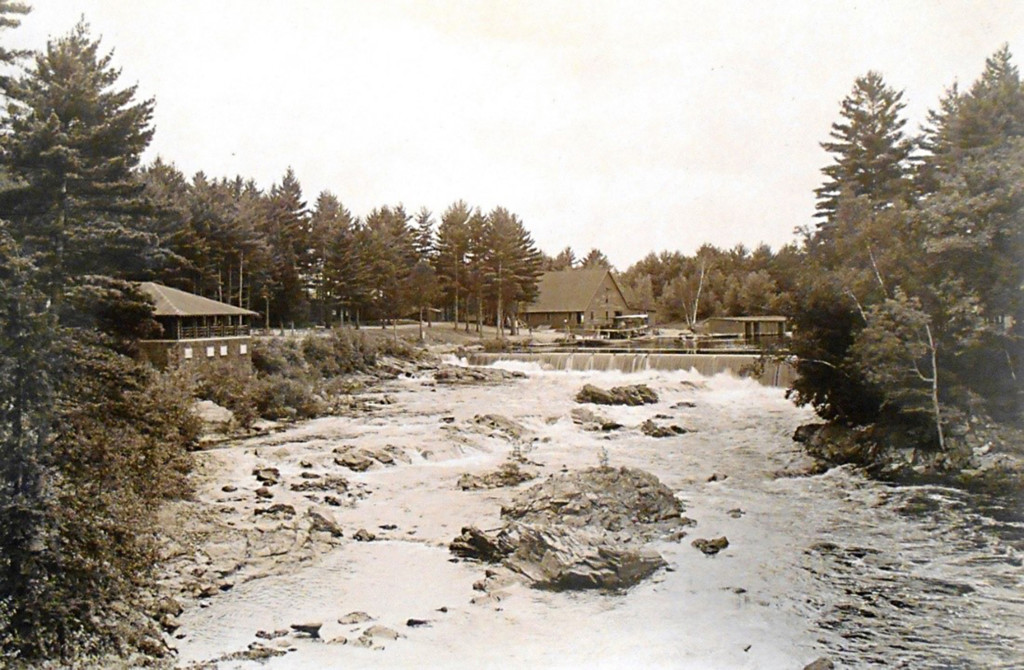 The Contoocook River dam in the 1900s

The plan was simple — get rich quick. I had found an old boundary plat prepared in 1909 that depicted a long-gone riverside park that existed between 1895 and 1925. This 100-year-old plat showed the exact location of all the amenities that had once existed within the park boundaries. Knowing that credit cards weren’t in use in 1900, I figured park visitors paid for everything with coins. Tens of thousands of visitors must have flowed through this park over its 30-year lifespan, and there had to be dropped coins and lost jewelry everywhere. I just needed to go scrounge up all that lost treasure.

The old plat showed exactly where the park restaurant, trolley car station, ice cream stand, telephone-telegraph office and beach changing rooms had once stood. Using this boundary plat like a treasure map, I could pace distances from landmarks and pinpoint the target-rich areas for dropped coins. Old photos of the park survive, showing happy crowds of affluent-looking ladies in flowered hats, long skirts, and bathing suits covering their knees frolicking about, while men in skimmer hats and business suits play horseshoes. Surely some of these parkgoers must have dropped some coins, spilled a purse or lost a diamond ring or two in the dirt.

I assembled a team of prospectors ranging in age from 13 to 92, and armed them with metal detectors and shovels. With my recently discovered treasure map, we headed into the 100-year-old woods to scoop up the bounty. I drove my pickup truck so we could haul all of the loot home. At first glance, there was nothing to indicate that the site had ever been a large amusement park visited by thousands of people. Looking around, there was nothing to see except large trees. At second glance, I noted the concrete dam across the river that still backs up water for what was once the swimming area. At third glance, we started finding old foundation remnants hidden in the woods.

Historical records reveal that in 1893, the Contoocook River Park was built by the Concord Street Railway, which was then owned by the B&M Railroad. The park was built as an attraction to boost trolley usage and increase income for the railroad. It worked. When the park first opened, people who rode the trolley were admitted for free, but those who walked to the park were charged an admittance fee.

In the hot summer days before air conditioning, the park was an escape from the heat of the city and was a popular destination. Trolleys transported riders from Concord to the river park on an “island” in Penacook. The “island” beside the Contoocook River offered an overlook of rapids rushing through craggy ledge banks. Advertisements described it as “a summer resort of nature’s own arranging.” This was not entirely true, as the island was manmade, created by excavating a canal across a bend in the river.

At the turn of the 20th century, the Contoocook River Park was the place to be on a summer evening. For 20 cents you could ride the trolley round-trip to the park and enjoy free entertainment, fireworks, swimming, music and dancing, roller-skating, bowling, or you could take a steamboat ride up the Contoocook. The park also had a 1,500-seat outdoor theater, a store, a restaurant overhanging the river, boathouses, miniature railroad, croquet ground, lawn tennis, baseball diamond and a launch for canoes.

Initially, the park was a success for the trolley investors. Local business held summer outings, office parties, picnics and retreats at the park. Over 5,000 people would ride the trolleys to the park for Fourth of July celebrations. 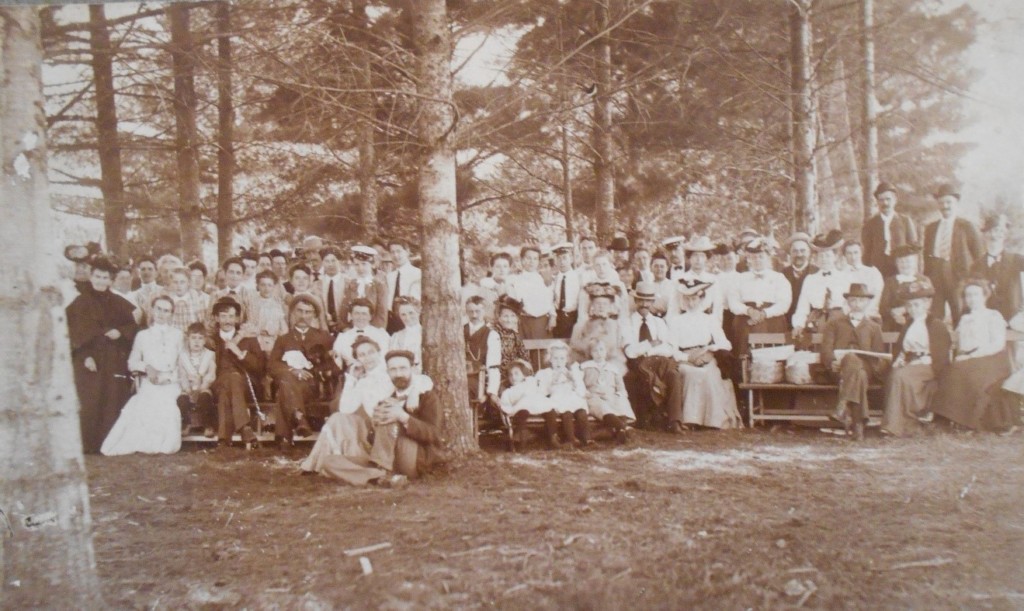 People enjoying the Contoocook River Park, which existed from 1895-1925

The Concord Evening Monitor for Monday July 3, 1893, reads, “Contoocook River Park will make a great outing retreat for the Fourth … The extension of the electric railway to the ‘Borough,’ and the opening of the new park, furnishes for the citizens of Concord one of the most pleasing localities for a day’s outing to be found in the state. The ride is delightful … the rates are at a very reasonable figure, and what has been done so far at the park justifies the belief that in the near future it will be the best equipped pleasure ground in New England. A spacious pavilion has been built … arranged for dancing parties, and in case of a sudden shower can shelter hundreds. Attached to the pavilion are retiring rooms for men and women and there is also a first class restaurant where lunches can be procured at short notice … fruit and temperance beverages will be for sale.”

Sadly, the park’s success was tied to the fortunes of the electric trolley industry. The trolleys declined in the 1920s due to the mass production of the automobile. Attendance at the park declined as distant attractions became accessible by car. In 1925, the park closed.

My team of prospectors found the concrete ruins in the riverbank that had once supported the restaurant suspended over the river. We also found the foundation piers that supported the upland side of the building. With metal detectors humming, we combed this area thoroughly for dropped treasure. We moved on, and located where the trolley stopped and turned around for the return trip; passengers boarding here would have to pay the 10-cent fare and surely someone would drop a coin or two in the process. Then we searched the area around the ice cream stand where people had stood in line to pass a few coins through a window in exchange for sweet treats.

Next, I located where the changing building would have been for slipping in and out of bathing suits. This seemed like another prime area for lost coins, so we set our metal detectors to work and searched diligently. Then, hoping to find dropped money or lost diamond rings, we combed the riverbank beach where people spread out on towels in the sand and took dips in the river.

The gazebo is gone, but the knoll where the gazebo once stood was easy to find. Fourth of July pictures show large groups of revelers on this knoll. Some of them must have spilled coins from their pockets or purses as they lounged in the grass watching the fireworks. We metal detected all over this knoll now covered with trees.

Our haul for the day — rusty nails, old cans, a cable, part of a gas tank, horseshoes, a metal barrel hoop and one penny. Just one cent. Not getting rich today.