Don’t miss out on the town’s history and artistry 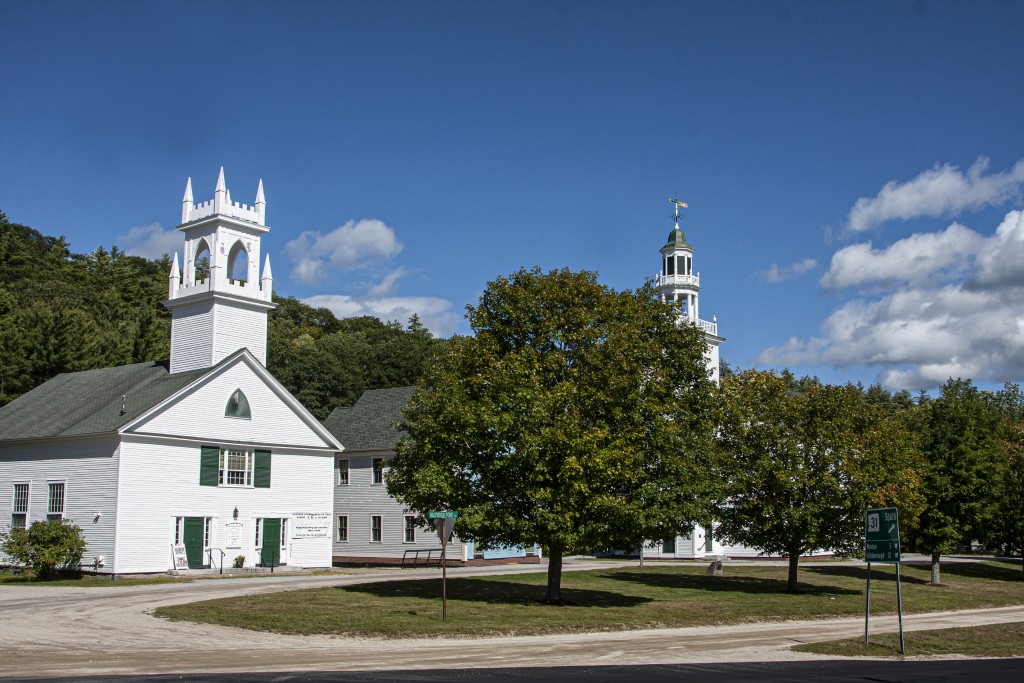 Our fascination with New Hampshire stones is not limited to those boulders dropped by the glaciers or worn by eons of tumbling mountain streams. We’re quite inclusive in our tastes, which extend to stone monuments, especially those of an unusual nature. It was an unusual, but manmade set of stones that took us to the town of Washington.

A milelong trail winds through the woods and across streams, punctuated by 40 engraved granite monuments that tell the story of the Sabbath, the foundation for the beliefs of the Seventh-day Adventists. At the highest point, the Ten Commandments are engraved on two large stones. Benches at each site provide a place to contemplate or just enjoy the surrounding forest and wildflowers that bloom beside the trail.

Their story begins with a religious movement in the mid-1800s led by preacher William Miller, who proclaimed that Jesus Christ would return to Earth on October 22, 1844. In anticipation of this, his followers, who were especially numerous in New England, gave away their earthly possessions and gathered on hillsides and meadows on that evening to await the Advent. The result — or nonresult — was thereafter known as The Great Disappointment, and his disappointed followers disbanded into various groups, some of which evolved into new religions.

Their Meetinghouse stands today on remote King Street, a seasonal unpaved road. Changed very little from its appearance when it was built in 1842, the simple one-room building has large windows low enough for a look inside. Over the backs of the wooden bench pews are colorful quilts and crocheted afghans for chill mornings, a homey note to the historic building that’s still in seasonal use.

On our route to King Street, along Faxon Hill Road from the center of town, we passed the Old Cemetery, where we found another unusual stone, dated 1804. Capt. Samuel Jones Jr., after losing his leg in a construction accident, held a burial service for the leg, which is in a grave marked by a slate stone. History doesn’t record where the rest of Jones was laid to final rest.

In Washington’s town center, alongside Route 31, is a classic ensemble of white clapboard public buildings facing a small green. The 1787 meetinghouse is still in use as the Town Hall; until the Washington Congregational Church was built in 1840, the meetinghouse also served as the community’s church. The third building, between the two, was a schoolhouse. 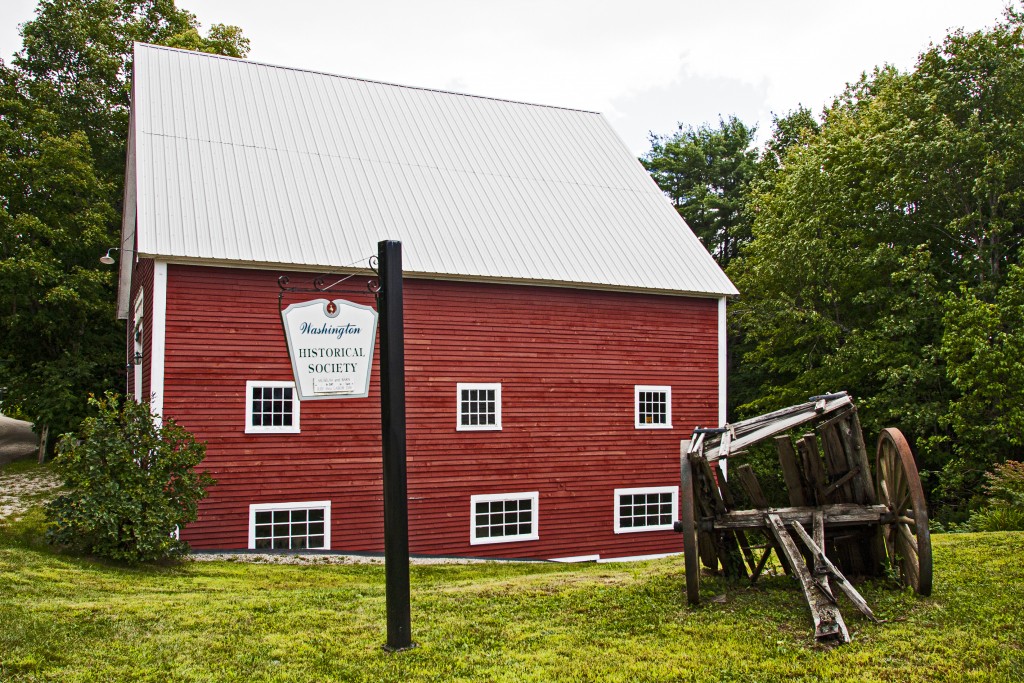 Washington Museum of the Washington Historical Society on Half Moon Pond Road. Photo by Stillman Rogers

A tablet on the green reminds us of another Washington first — it is the first town incorporated under the name of George Washington, in 1776, while he was commander-in-chief of the Continental Army. The town has some other distinctions as well — the first Civil War monument in New Hampshire, and the highest town center in the state at 1,538.667 feet.

Follow the street past the church to find two charming little museums, the Washington Historical Society and, next to it, the Barn Museum. Three 19th-century rooms are recreated, including a kitchen complete with household gadgets of the day, and in the historical society building is a huge loom, which Gwen Gaskell might demonstrate. Gaskell has a wealth of information about the other exhibits too, so don’t hesitate to ask about anything that piques your curiosity.

We learned a bit more about Washington at Gibson Pewter, in a large barn in the village center. Jonathan Gibson is the second-generation pewter artist, and the beautiful traditional and contemporary pieces he creates range from tankards and goblets to full tea sets. Smaller gift items, also in lead-free pewter, include charms, key rings and Christmas tree ornaments. The Gibson fruit bowl and woodgrain beaker are the only 20th-century pewter included in the permanent collection of the Museum of Fine Arts in Boston. Gibson spent part of June building a larger show room so that shoppers can browse with plenty of social distancing. In the process he created not only more space to display the pewter, but also gallery space for art by his wife Camille and other local artists. Visitors can watch him at work in his open workshop at one side of the gallery.

He told us that the barn had been behind a set of carriage barns for a large hotel that once stood between his brick house and the Town Hall. Evidently, Washington was once a thriving destination for summer tourists with the hotel and several guest houses. The brick house was a store, and on the back wall of his shop are old photographs of the store and the hotel.

Until our recent visit, our only trips to Washington had been to camp at Pillsbury State Park, one of our favorites for kayaking. Especially in August, when juicy ripe blueberries surround its shores within reach of our kayaks. Campsites are roomy and well-spaced throughout a large lightly forested area. Other shaded campsites are along the lake shore.

Several trails web through the park. Our favorite — no surprises here — is the Balance Rock Trail, a 1-mile gradual ascent to a glacial erratic perched on top of a larger boulder.