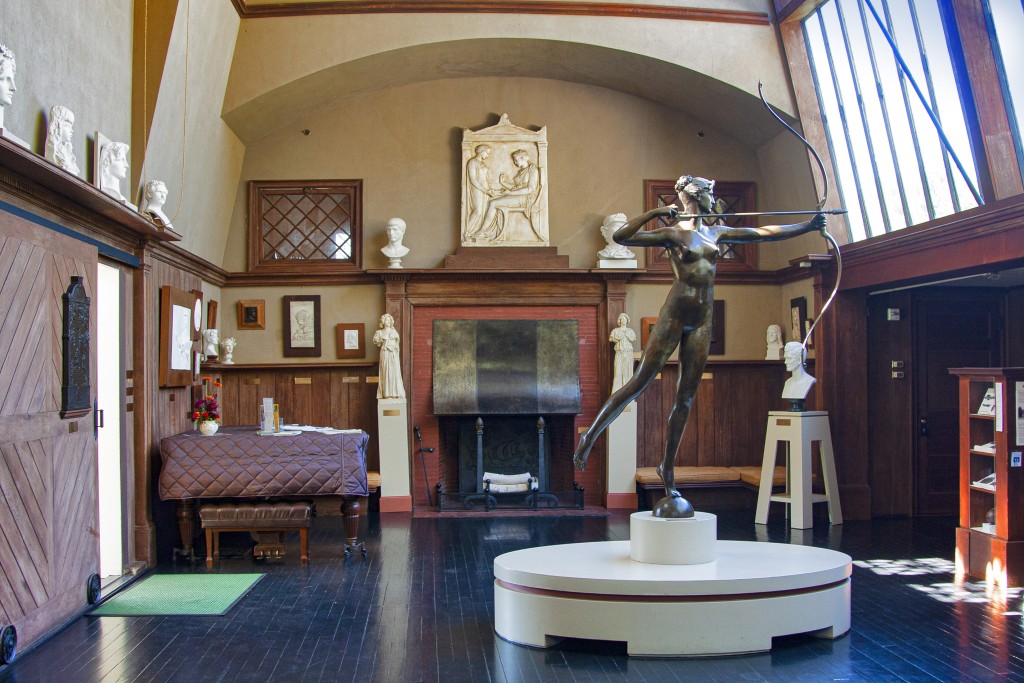 For a town of fewer than 2,000 residents, Cornish has more than its share of historic sites — 10 on the National Register of Historic Places with several more pending. These include four covered bridges, plus the home, studio and gardens of America’s greatest sculptor, Augustus Saint-Gaudens, founder of the Cornish Colony.

Saint-Gaudens came to Cornish in 1885, at first for summers, then moving there year-round in 1900. His arrival marked the beginning of one of the country’s best-known art colonies. Artist friends vis , like the sculptor, were enchanted by the gentle valley landscapes and views of Mt. Ascutney across the Connecticut River. Soon others began to spend summers here, and a community of creative people — which included illustrator Maxfield Parrish, architect Charles Platt and the author Winston Churchill — established summer or year-round homes in Cornish and neighboring Plainfield.

Aspet, Saint-Gaudens’ home, is the only one of these open to the public, although most still exist. Along with the house, which is furnished as it was when the family lived here, visitors at Saint-Gaudens National Historical Park can tour the sculptor’s studios and extensive gardens. In the New Studio are casts of some of his most famous works, US gold coins with his designs and changing art exhibitions. [Note: As of press time, the buildings at Saint-Gaudens were still closed due to COVID-19. The grounds are open.]

Full-size bronze casts of more of his works, including “Standing Lincoln,” the “Shaw” monument and the poignant “Adams Memorial,” are set outside amid the trees and flower beds. The formal gardens, with their fountains, hemlock hedges, pools and views of Mt. Ascutney, lie in a series of “garden rooms” between and around the house and studios.

Below the house, at the edge of a meadow, is The Temple, a marble copy of the plaster original designed by architect Charles Platt for a party celebrating the 20th anniversary of Saint-Gaudens’ move to Cornish. The marble replica was made as a memorial after the sculptor’s death and contains his and other family members’ ashes.

In addition to their artistic pursuits, the artists and others who gathered at the Cornish Colony enjoyed the active summer social life of wealthy bohemians. Featuring largely in these were theatrical performances, musicales, woodland frolics and “masques” — Renaissance entertainments that were enjoying a revival at the turn of the 20th century. These were often quite elaborate, with music, costumes and sets.

The set for one of these survives, designed by Maxfield Parrish for a 1916 performance of the play “The Woodland Princess,” written by Louise Saunders, another of the creative people who worked here. She was the author of “The Knave of Hearts,” one of the best known of the books Parrish illustrated.

Parrish lived in Plainfield until the 1950s, and his full-stage backdrop hangs in the town hall. Sadly, the annual Maxfield Parrish Vintage Print and Collectibles Sale at the town hall on Columbus Day weekend has been canceled this year, but is expected to resume next October.

The arts are still celebrated at Saint-Gaudens’ former home, at least in normal years, with a Sunday afternoon summer concert series, the Star Party, Sculptural Visions and other events. For the past two years, Opera North has staged performances at the nearby Blow-Me-Down Farm, which is a part of the park.

The Cornish Colony catapulted the town onto the national stage in 1915, when President Wilson left the sultry heat of Washington, DC, for the summer home of his friend, novelist Winston Churchill. For six weeks, as the world careened toward World War I, the Churchill home became the Summer White House. Wilson kept up with world events and domestic affairs via telegraph, his office hours interspersed with rounds of golf and walks in the woods.

Long walks in the woods were a favorite pastime of the artists and their families, and some of the trails they walked are open all year long. Although the buildings in the Saint-Gaudens National Historical Park are closed to visitors this season, you can still follow the 2-mile trail to Blow-Me-Down Pond. The wetlands and forests of pine, birch, maple, beech and oak are part of the Blow-Me-Down Natural Area, which also includes a former gristmill and a stone bridge in its 80 acres. A side path leads to a rare grove of sycamore trees, at the northern fringe of their range. 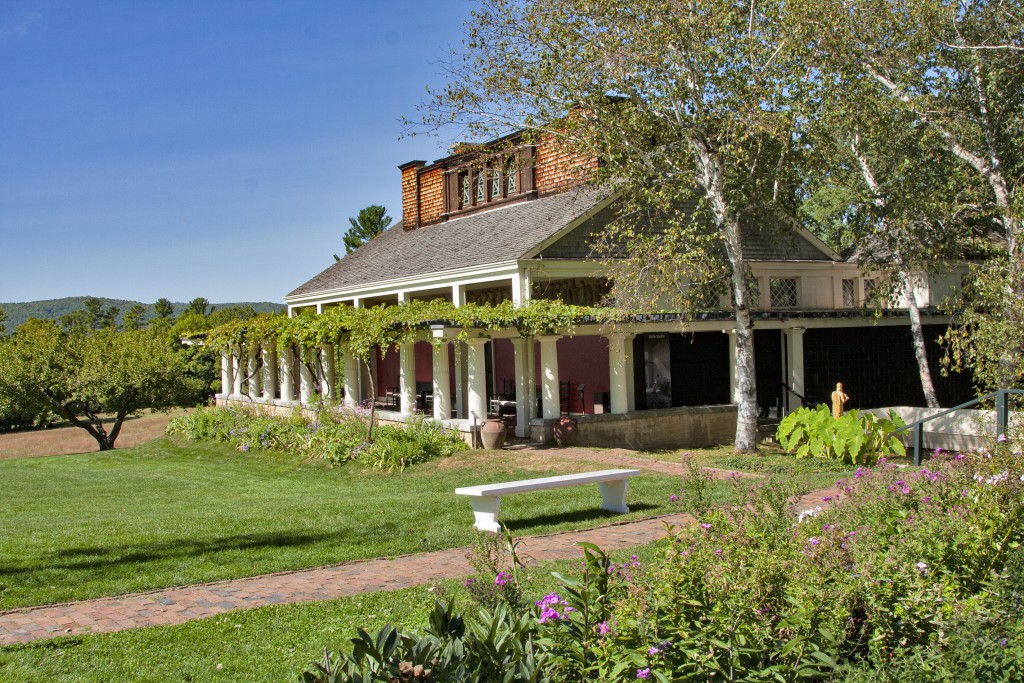 The beautiful grounds at Saint-Gaudens National Historical Park are home to a number of sculptures. Photo by Stillman Rogers

Not far down Route 12A from the Saint-Gaudens site, the longest wooden covered bridge in America crosses the Connecticut River to Windsor, Vermont. The Cornish-Windsor Bridge is the fourth one to cross at this point, the previous ones having been destroyed by floods.

Built in 1866, the structure is still essentially original and continues to carry two lanes of traffic. This bridge, and the other three covered bridges in Cornish, were built by a man who could neither read nor write. James F. Tasker of Cornish has been called an intuitive engineer, who without formal training was able to conceive and construct bridges to last a century and a half.

For a unique perspective of the longest bridge, canoe or kayak underneath it from the small boat launch on Route 12A not far upstream from the bridge. It’s a wide, quiet stretch of river and not far downstream is Chase Island, which can only be reached by boat.

The Chase name weaves through Cornish history from its beginnings: Dudley Chase was one of the town’s founders, Col. Jonathan Chase led his regiment to Fort Ticonderoga in 1776, and Philander Chase founded Trinity Church, just down Route 12A from the Cornish-Windsor bridge. Dating from 1803, the church is still in its original form with few changes; hand-hewn timbers, mortise-and-tenon joints, small-paned windows and wide-paneled pine pews date to its construction.

At the northern end of Cornish, a historical marker identifies a stately white Colonial as the birthplace of yet another Chase. Salmon P. Chase was chief justice of the Supreme Court of the United States, appointed by President Abraham Lincoln after having served as secretary of the treasury during much of the Civil War. Prior to that, he was a US senator active in opposing slavery.