A mill town transforms into an arts center 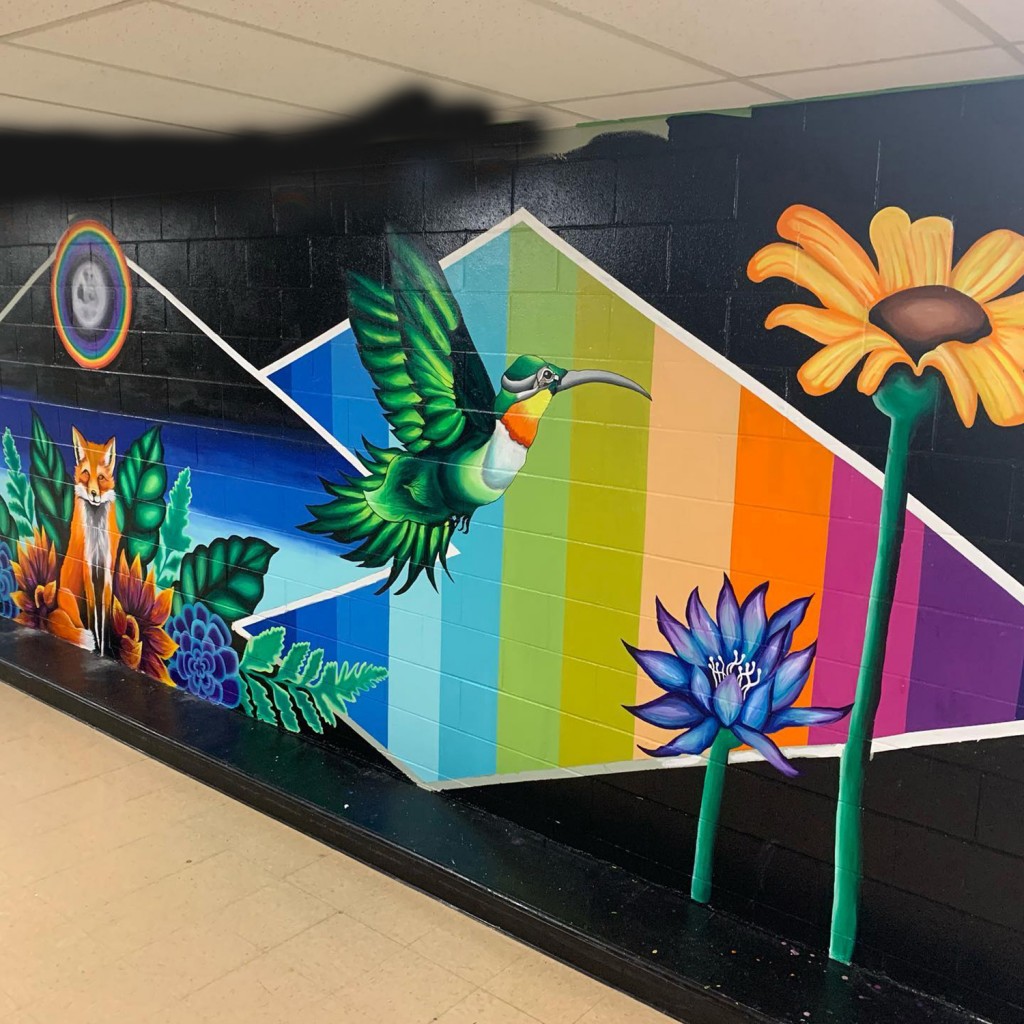 The Rochester Museum of Fine Arts commissioned Bianca Mireles to create this mural at the Rochester Community Center. Photo by Stillman Rogers

I’d like to be able to tell you that it was my fascination with New Hampshire’s early theaters and opera houses that drew me to Rochester. But it was a hamburger. We were passing through and hungry, so I checked my phone for something close to the 202/16 intersection. Wild Willy’s Burgers was just around the corner, and I found myself in the burger joint of my dreams, biting into a thick, juicy Rio Grande made from Pineland Farms natural beef. That was a few years ago, and since then I have actively sought routes that take us through Rochester at lunchtime.

Burgers aside, Rochester’s Opera House is a worthy reason for visiting the city. In the post-Civil War era, when communities began building public performance spaces, the word theater implied places of questionable morals. So these venues, which hosted everything from vaudeville shows to religious revivals, were euphemistically called opera houses. Rochester’s, built in 1908, combined the city hall with an auditorium worthy of a much larger city.

The new venue had an impressive proscenium, a curved balcony, murals, stenciled walls and ceiling, and excellent acoustics. The highlight was a movable floor designed by the building’s architect George Gilman Adams, with a mechanism that could raise the back of the floor a full 36 inches for performances, lowering it to flat for dancing.

It was a busy place for several decades, used for plays, musicals, public meetings, dances, high school graduations and basketball games (for which the chandelier and windows were caged in chicken wire). But Spaulding High School opened in 1939 with its own auditorium, and movies drew crowds away from the live stage, so the Opera House slowly declined in use and condition until it finally closed.

Attempts to restore it in the 1980s ran aground, but in 1996, a final drive brought volunteers and donations to fully restore the theater, replacing the fallen ceiling, uncovering painted-over stenciling, even repairing the unique floor, whose mechanisms had been unused and hidden for decades.

Since its 1998 reopening, the theater has been an active cultural and community venue, hosting nationally known performers, a professional theatre series and appearances by political candidates including Presidents Clinton and Obama. The theater has been largely responsible for the economic revitalization of Rochester’s downtown.

When the theater first opened in 1908, its stage equipment included 10 beautifully handpainted curtains with elaborate scenes used as backdrops (regular readers knew there’d be a painted curtain somewhere in the story). Sadly, only tattered remnants of one curtain were found during the restoration. It was too far gone to save, but the surviving pieces have been restored and framed, and are now displayed in the Rochester Public Library.

An opera house of this elegance is an indication of Rochester’s prosperity at the turn of the 20th century. Its location on two fast-running rivers — the Cocheco and the Salmon Falls — made it a prime location for mills, which used the water to power looms and other machinery. 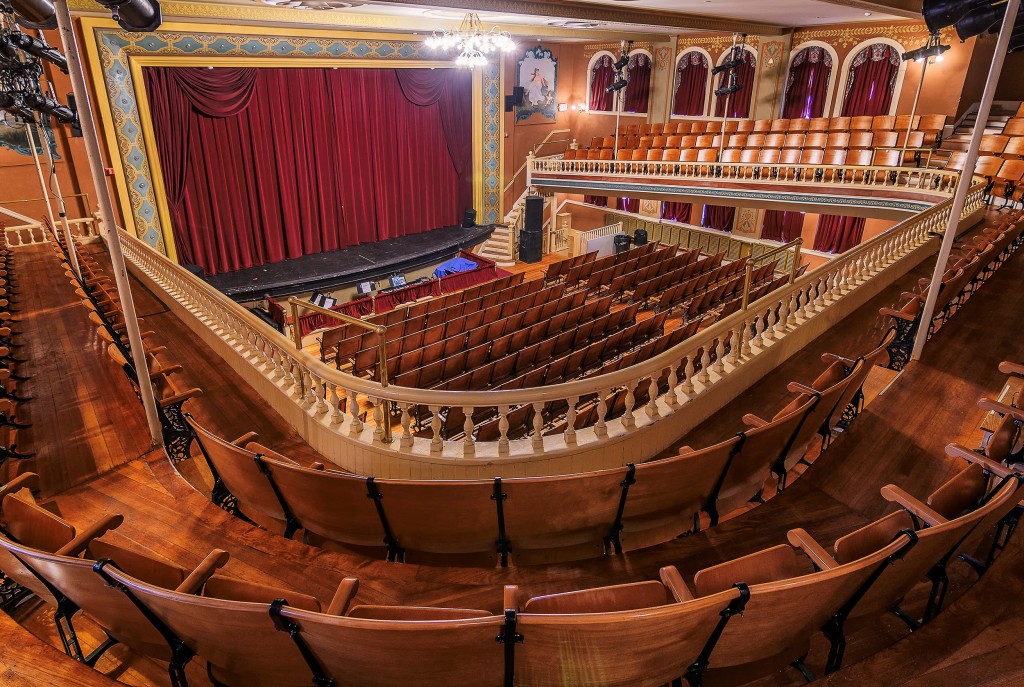 From the town’s beginnings, water-powered grist and sawmills served locals. The first major industry came with the founding of Gonic Woolen Mills (later known as Gonic Manufacturing Co.) in 1811, followed by Cocheco Manufacturing Co. in East Rochester. These, along with the shoe industry that began in East Rochester in 1843, prospered by supplying blankets, uniforms and shoes to troops during the Civil War.

By the 1880s, most of the Gonic woolens were designed for women’s clothing, and achieved national acclaim with gold medals in both the 1893 and 1904 world’s fairs. At the turn of the 20th century, the mills produced 1,450 pounds of fine yarn a day and more than 900,000 yards of wool a year.

Prosperity was also boosted by Rochester’s position as a rail center. Prior to railroads, it had been the staging point for coaches traveling from the seacoast to the lakes and White Mountains. At one time, four different rail lines ran through its station, later combined into the Boston and Maine Railroad. Beginning in 1932, sections and lines were abandoned, beginning with the line connecting Gonic with Epping. Service between Rochester’s station and the mills of Gonic continued into the early 1980s.

Along with East Rochester and Gonic, North Rochester had its own set of mills, built by J. Spaulding & Sons to manufacture what was known as leatherboard, used to make containers such as lunch boxes and violin cases. The mill was powered by damming rapids in the Salmon Falls River near the Milton line. Sons of the original builder, Huntley and Rolland Spaulding, continued operating the company and, in turn, each served a term as governor of New Hampshire.

A historic marker across the street from City Hall and the Opera House describes Huntley and Rolland Spaulding as “among the foremost industrialists and philanthropists of their times.” The brothers built the two elegant 19th-century homes, which are now The Governor’s Inn and a pair of popular restaurants, The Garage and Spaulding Steak & Ale. In normal summers, The Governor’s Inn hosts free live performances four days a week as part of a community-sponsored music series.

The Opera House overlooking the inn seems to be a magnet for Rochester’s cultural life. Next to it, in the Community Center, the Rochester Museum of Fine Arts is an entirely volunteer initiative to bring fine art into people’s lives. The collections and frequently changing exhibits spotlight contemporary artists — local and those with nationwide and international reputations.

Along with the gallery in the Community Center, the museum is also located in the Andrew Carnegie Gallery at the Rochester Public Library and curates the exhibits at The Art Gallery in the Rochester Performance & Arts Center. With the mission of bringing art into the fabric of the community, the museum sponsors public art, including murals and the whimsical “Katydid” sculpture by Nathan Walker. Artist Bianca Mireles has just completed a striking mural inside the Community Center.