Take a peek into the past and explore museums, hiking trails and more 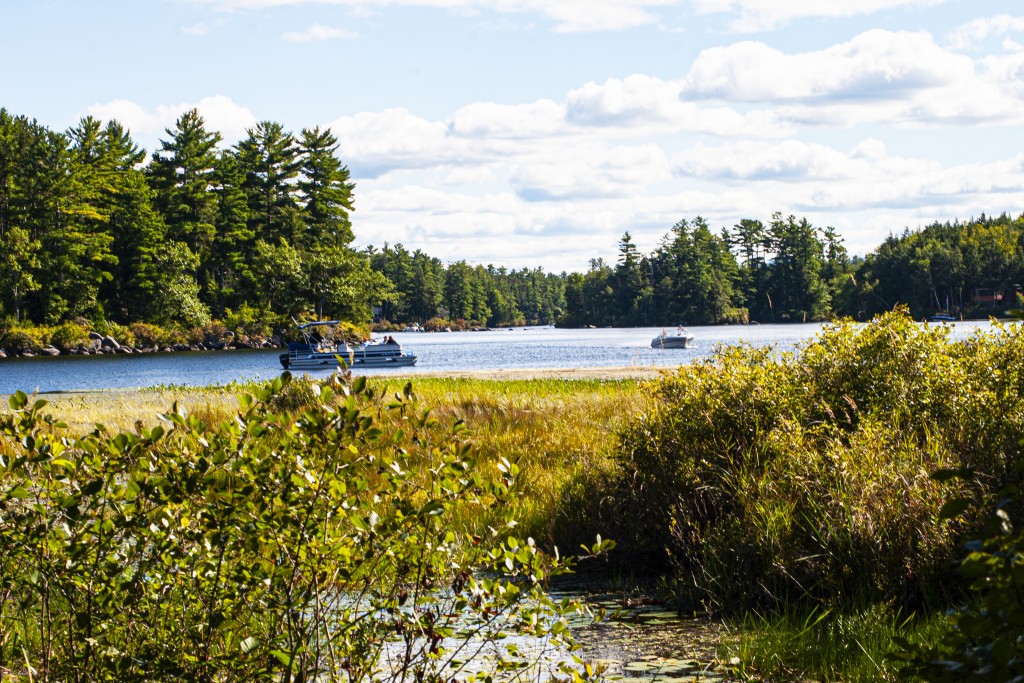 The Loon Center at Markus Wildlife Sanctuary in Moultonborough. Photo by Stillman Rogers

Moultonborough shares three prominent Lakes Region features with its neighbors: Lake Winnipesaukee, Squam Lake and the Ossipee Mountains. While both lakes are major attractions for tourists, the mountains are of prime interest to hikers and those — like me — fascinated by geology.

The triangle-shaped town includes Moultonborough Bay and the long peninsula of Moultonborough Neck separating the bay from the rest of Lake Winnipesaukee. Long Island, appended by a bridge, is included in the town by a wiggly boundary line through the lake. Another sharp corner of the triangle includes a wedge-shaped slice of Squam Lake.

The interlocking puzzle of town boundaries began with land grants from Royal Governor Benning Wentworth to grantees from Hampton and nearby towns. More than a dozen of these were Moultons, hence the town’s name. When the town was incorporated in 1777, Jonathan Moulton was elected town clerk.

One of the wealthiest men in the province, he was a controversial figure and subject of several tales of supernatural activity. He was called the “Yankee Faust” for his rumored deal with the devil, and another ghostly legend became the theme of a poem by John Greenleaf Whittier.

Moulton sold land at the intersection of the roads to Ossipee and Center Harbor (now Routes 25 and 108), and a general store opened there around 1781. Today The Old Country Store is one of the oldest in the country. Town meetings were held there in the early 1800s, it housed the library, and for at least a century it was the post office.
The current owners’ family bought it in 1972 and retained its antique counters and fixtures, including the pickle barrel, still in use. The store carries aged cheddar, candies, common crackers, cream soda and other staples of New England country stores. Upstairs is a free museum of antique store features, tools and advertising items such as cigar-store figures.

The store was a coaching stop, and outside in a glass-enclosed porch is Concord Coach No. 22, thought to be the oldest remaining in New Hampshire. It is also one of the few private coaches built by the Lewis Downing Company, and is one of the smallest.

A 1784 map shows the store as the only building here, but it wasn’t long before this became the village center. The Town House was built in 1834, and by then there were several houses, a school, tavern, inn and blacksmith shops. The Town House is now the Moultonborough Historical Society Museum, part of a complex that includes a former schoolhouse, the Emerson Barn and the Old Moultonborough Inn.

The Town House is on the National Register of Historic Places, and the buildings house a variety of collections. The Emerson Barn displays farm tools and transportation, including sleighs, a corn husker, and a horse treadmill that was once used to power a lake boat (an old print shows it in action). Particularly interesting is the collection of dollhouses, fully furnished in minute detail. 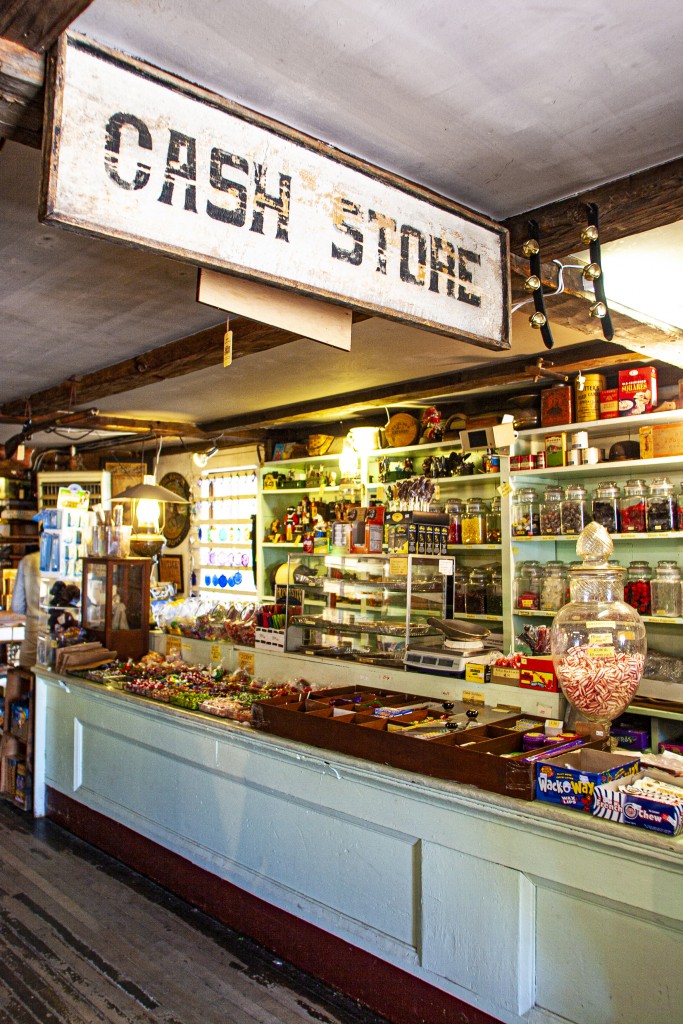 The candy counter at The Old Country Store. Photo by Stillman Rogers

Overlooking Winnipesaukee, Castle in the Clouds is a 16-room Craftsman-style mansion built in 1913-14 for millionaire shoe manufacturer Thomas Gustave Plant. No expense was spared in creating a house filled with fine craftsmanship and the latest innovations such as a central vacuum system. The stained glass is by Tiffany, windows were imported from England, and roof tiles came from Spain.

Listed on the National Register of Historic Places and usually open to visitors from May through October (though this year’s stay-at-home order delayed opening to June), the castle has sweeping lake and mountain views, along with a café, art gallery and carriage house. But there’s more to the story of this idyllic mountaintop. It begins with a favorite local viewpoint called The Crow’s Nest, the high point on a large acreage owned by B.F. Shaw, who had built a summer home/hotel below. Shaw built a viewing platform with benches at the summit, a road to it, and trails to a series of waterfalls, all of which were open to the public.

When Plant bought the land in 1911, he was not satisfied with the several thousand acres Shaw had owned, and he set up a campaign to force the Lee family, who farmed 150 acres of lowland below, to sell at a price significantly lower than they had been offered by a relative. When they refused, he turned surly, built a 20-foot-tall spite fence to block their view, and splashed all the buildings in sight with black paint.

This caused quite a ruckus locally, even catching the attention of The Boston Globe, which sent a reporter to investigate. He further noted that Plant was desecrating the Lee family cemetery, and Plant was ordered by the town to restore the damaged stones and rebuild the wall around it. Tiring of harassment, the Lees finally sold the land their family had farmed since the 1700s, and Plant blasted away The Crow’s Nest to build the estate he called Lucknow.

You can still hike Shaw’s Brook Walk to see the seven waterfalls, the largest of which is 40-foot Falls of Song. Signs include pictures of the falls as early visitors to Ossipee Mountain Park saw them. The trailhead is just east of the Castle in the Clouds entrance road on Route 171. Also a part of the Lakes Region Conservation Trust lands is the moderate Oak Ridge Trail Loop, with spectacular views and signage explaining the area’s ecology, history and geology.

You knew we’d get back to geology. The Ossipee Mountains are the remains of a 125-million-year-old volcanic ring dike, a circle of peaks about 8 ½ miles in diameter. The peaks we see today, created about 90 million years ago, are what’s left of a volcano that may have topped 10,000 feet. For geology fans like me, the highlight is the columnar basalt (a smaller version of Ireland’s famed Giants’ Causeway) visible beside the Bald Knob Connector Trail off Shannon Brook Carriage Road.

A shorter, flatter walk can be found at the Markus Wildlife Sanctuary, a 200-acre area of forests, marshes, ponds and streams protected as habitat for loons. The Loon Nest Trail follows Winnipesaukee’s shoreline through the forest, where it passes several glacial erratics. Other trails explore the property and displays explore the impact of humans on loons.