Take a peek into the past and explore museums, galleries and more 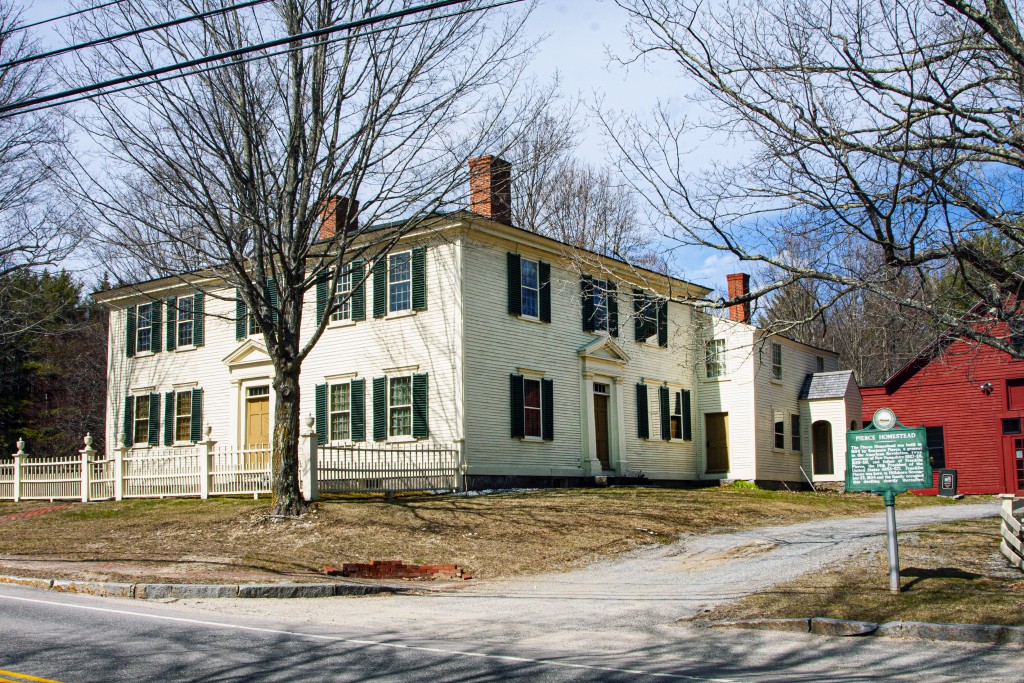 A quest for painted theater curtains took us to Hillsborough, following an interest we had acquired while exploring Haverhill for an “Our Town” article a few years ago. In our research we learned of a few other such curtains in the state, and we were particularly intrigued by the story of the two that are now on display in Hillsborough’s former fire station.

The story of the two curtains, which originally hung in the Hillsborough Grange Hall, is a longish one involving the town of Goshen’s Grange Hall, where several curtains were discovered. Three of these were identified as originating in Hillsborough because of landmarks they depicted — one of the still-existent Rosewald Farm, one of the town’s distinctive Twin Bridges, and a third showing a Main Street scene with several identifiable businesses.

These curtains had been painted for the Hillsborough Grange and, when it disbanded in the 1960s, were sold to the Sunapee Mountain Grange in Goshen. They had been stored there ever since. Large hand-painted canvases such as these were common in Grange halls in the years from the end of the Civil War through the 1930s. Used as backdrops for performances and for Grange rituals, they were painted by itinerant artists and often financed by selling advertising to the local businesses, which were identified in the paintings.

The curtains needed restoring, and even with the help of volunteers the project was too costly for Goshen to undertake alone. So an agreement was reached between the two towns: In exchange for two of the curtains, Hillsborough would pay for the restoration of the third, to be kept in Goshen.

The two chosen were those with the most distinctive local scenes, the stone arched Twin Bridges and the curtain advertising Hillsborough businesses, which preserved a snapshot of the town in the 1930s. Fundraising by the Save our Curtains! Committee combined with a grant from the New Hampshire Charitable Foundation financed the cleaning and stabilization of the curtains, which are now displayed in the Hillsborough Heritage Museum.

The museum is a project of the Hillsborough Historical Society and the Fireman’s Association to save the century-old fire station as headquarters for the society, and a place to store and display firehouse memorabilia and historical collections. The building, which is located on Central Street, is easy to spot from Main Street by its tall hose tower. The museum is normally open on Wednesday and Saturday mornings. 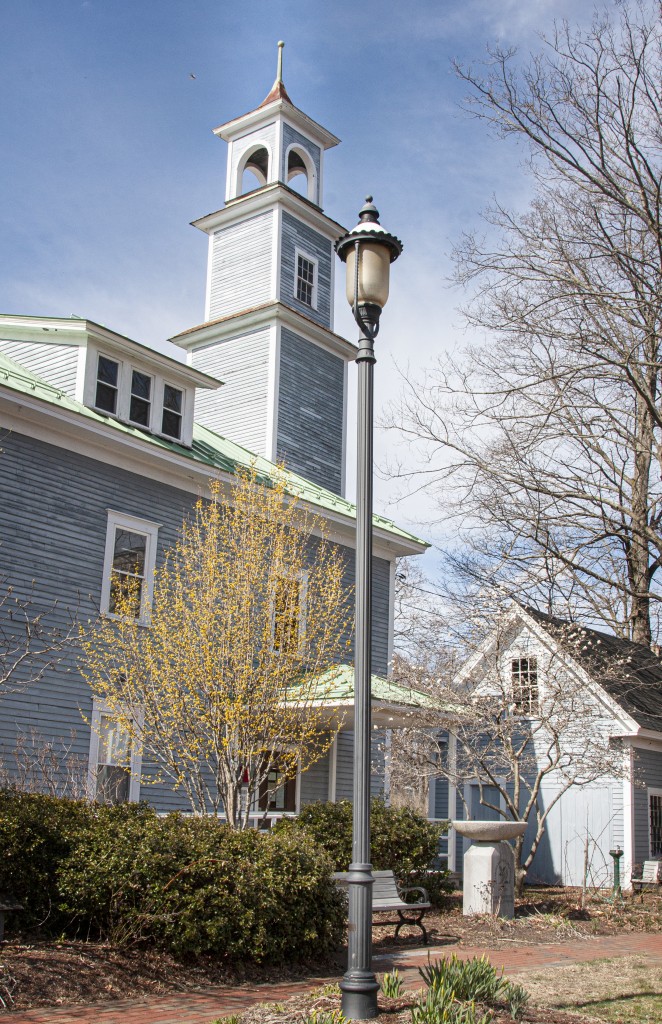 Hillsborough’s best-known historical attraction is the Franklin Pierce Homestead, on the 2nd New Hampshire Turnpike (now Route 31) near its intersection with Route 9. Also managed by the Hillsborough Historical Society, this Federal-style house was the childhood home of the 14th president, built by his father in 1804.

Benjamin Pierce, a prosperous and influential man who had twice been governor of New Hampshire, entertained here some of the day’s most notable figures, including Daniel Webster.

The house has been beautifully restored, with the vivid colors matched from remaining paint samples. The walls of the parlor are hand-stenciled, and the French Balfour wallpaper is some of the finest in any restored home. A ballroom extends across the entire second floor — not uncommon for a prosperous gentleman’s home in the early 19th century.

When Franklin married Jane Means Appleton, he and his bride moved to a nearby house (not open to the public) across Route 9 on the 2nd New Hampshire Turnpike. Follow that road downhill through Fuller Corner and the tidy little Union Village, with its small Union Chapel, and across one of Hillsborough’s five stone arch bridges. The best view of it is from Barden Hill Road, to the right just past the bridge.

The 2nd New Hampshire Turnpike was once the main road between Boston and Claremont, and three more stone bridges lie not far from it, north of Route 9. Shedd Road leads off to the right shortly beyond the Franklin Pierce Homestead, and wanders through hilly woodlands to the double-arched Old Carr Bridge at the intersection with Beard Road. Not far to the left, Beard Road crosses over the Gleason Falls Bridge, spanning a rushing little waterfall. A third stone bridge crosses the same stream off Gleason Falls Road, just beyond.

At one time, Hillsborough had twice this number of stone arch bridges, which replaced earlier timber bridges that were repeatedly washed out by flooding. They are built of closely fitted stones with no mortar, a method known as dry stone. These were sturdier than those built with the mortar that was then available, and have lasted more than a century and a half with their stonework intact. The five remaining bridges have been named National Historic Civil Engineering Landmarks.

Driving a few miles out of town on Center Road to Hillsborough Center feels like driving back two centuries. Two beautiful hillside farms seem to frame a gateway to an almost pristine village ensemble of houses and two churches set around a sloping green. Next to the Methodist church, built in 1863, is a former tavern dating from 1816. There’s an authentically furnished one-room schoolhouse, a town pound and a cemetery with stones dating from Colonial times.

The barn of one of the historic homes is now The Gallery at Well Sweep, with works of local and other artists and fine craftspeople. Preserved here are the last reminders of one of Hillsborough’s more eccentric attractions, the Kemp Museum. No longer can we wander through Dick Kemp’s collection of more than 150 antique trucks, which were auctioned off in 2009, but paintings and photographs of them displayed here hold onto that piece of local history in much the same way as the theater curtains recall their era.