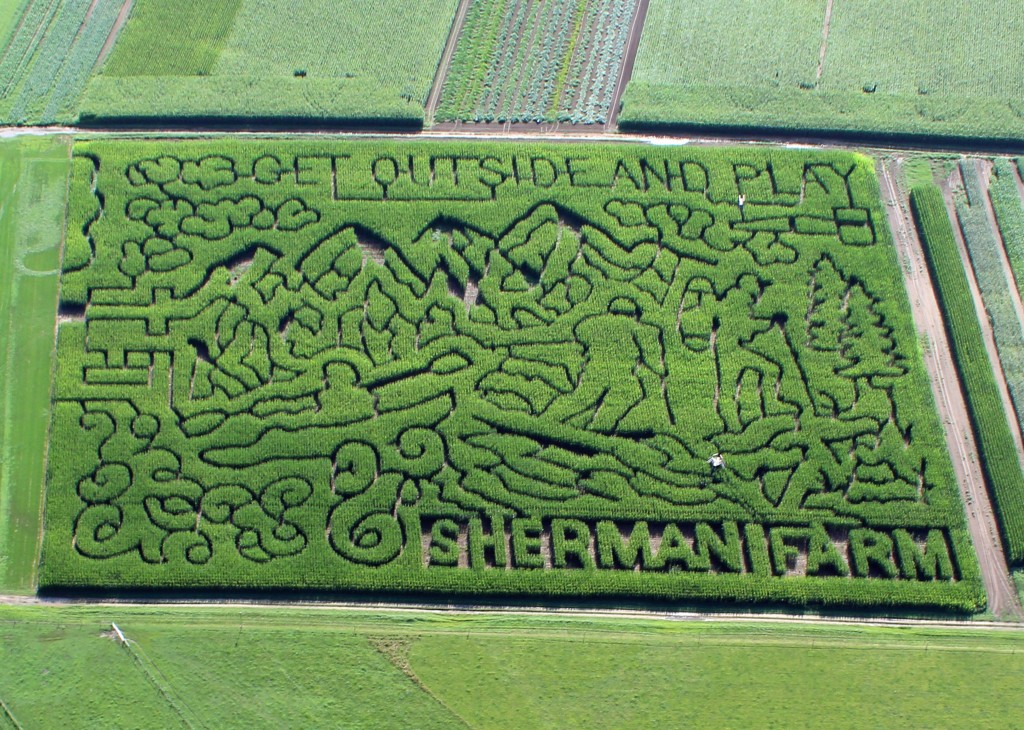 Conway has always been the plain little sister of jazzier North Conway. Even an early guidebook noted the differences, commenting that Conway was “visited by people who wish to enjoy quiet rest and pure mountain air, and who dislike the brilliant display of N. Conway.”

Route 16 was — and still is — a main conduit for visitors to the White Mountains, and the completion of the Kancamagus Highway in 1959 funneled added traffic along Conway’s Main Street. To many today, Conway is a pass-through town, best known for its weekend traffic tie-ups. But even within sight of busy Route 16 are places that are worth stopping to see.

The Swift River, which tumbles through Rocky Gorge and over a rocky bed beside the Kancamagus, ends its short-but-swift course in the center of Conway, joining the Saco at a pair of covered bridges. The two bridges are less than 1,000 feet apart, but cross two different rivers. The earlier bridge, built in 1870, crosses the Swift River and is now closed to cars; the Saco Bridge, also a Paddleford truss construction, was completed a decade later.

After traveling southward from Crawford Notch, the Saco River’s twists and turns become even more pronounced as it reaches Conway, where it turns abruptly east and heads into Maine. This meandering route through the relatively flat valley leaves Conway with sandy-bottomed swimming places and expenses of flatwater for kayaking and canoeing (there’s a put-in along Route 302).

The flat river valley created a rare expanse of good farmland in this mountainous region, and West Side Road was once lined in farms. As agriculture declined, most farms closed, and only a few are still active.

After it enters Maine, the Saco turns north along the New Hampshire border, creating another area of alluvial farmland, where the Sherman family started Sherman Farm, a small dairy farm, in 1964. Generations later, the Shermans have expanded steadily, with a year-round farm shop where they sell vegetables, their own milk in glass bottles, cider donuts and baked goods along with ice cream in the summer.

Entering the field of agritourism more than a decade ago, Sherman Farm’s 12-acre “Corn Maize” features a different theme each fall, from Peanuts to the Patriots. Harvest activities for all ages include a mini-maze for younger children, hay rides, a petting zoo and pumpkin patch.

Among the throngs of tourists that were drawn to the region’s beauties in the early 1900s were artists who came to paint, among them Thomas Wilmer Dewing and Maria Oakey Dewing, whose summer cottage was not far from the Sherman Farm. The Leita Monroe Lucas Preserve includes the remains of their cottage and gardens, which can be reached by a one-mile walking trail. A branch of Weeks Brook cascades beside the trail, and signs explain the history of the Dewing cottage and other historic and natural sites of what was once a thriving little hamlet. (A trail map can be found on the Upper Saco River Valley Land Trust website, usvlt.org.) 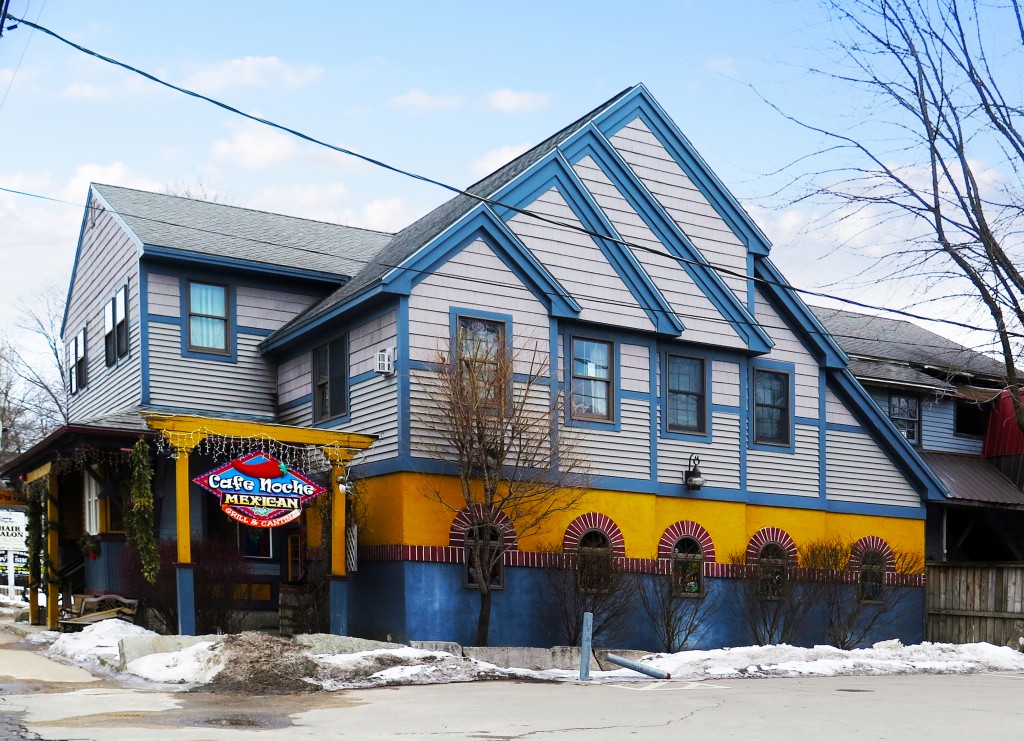 We knew that we couldn’t follow a trail to find the Washington Boulder, a giant glacial erratic that was once a popular destination for afternoon excursions from the valley hotels. Unlike neighboring Madison’s larger boulder, which is still there, the once-famous Washington Boulder met its end when it was quarried into the granite slabs that form the foundation for the Conway Public Library. But the library didn’t let the boulder’s legacy die.

In the center of Conway, not far from the pair of covered bridges, the Conway Public Library is a landmark building on the National Register of Historic Places. Thanks to the fascinating Mt. Washington Valley History blog by Bob Cottrell, curator of the library’s Henney History Room, we know a lot more about the Washington Boulder and other lost bits of Conway’s past.

The interior of the library, like its exterior, is impressive in its artistry, with carved oak paneling and stained-glass windows, and over the mantel in the Reading Room is a framed set of four photographs showing the process of quarrying the Washington Boulder into the slabs for the library’s foundation.

Only scant relics remain of another early Conway tourist attraction, the White Mountain Mineral Springs. Founded in 1882, the White Mountain Mineral Spring Co. bottled spring water for which they made expansive curative claims. The water was shipped to valley hotels, and tourists came to stay in the guest house and “take the waters” at a hexagonal Victorian spring house. When we first saw the spring house, it was sagging and forlorn in neglect, appearing like a ghost out of the woods on the edge of a clearing. Today, the restored pavilion is on the grounds of the new Kennett High School.

More Conway history lurks in the nooks and crannies of the Eastman Lord House, the museum of the Conway Historical Society. Built in 1818, the house was the home of a local mill owner, and until it was given to the society, only three families had lived in it for 150 years. The society’s extensive collections are displayed in rooms decorated and furnished to various eras from 1818 onward.

Changing exhibits highlighting particular events or eras in local history are presented in the former St. Charles Catholic Church next door, now the Salyards Center for the Arts. These have included subjects ranging from the Native American period to the impact of World War I in the valley.

Sitting in Conway’s notorious traffic slow-down always reminds our kids to put in their bid for at least one dinner at Café Noche during our stay. When they were little it was the bright lively décor filled with colorful Mexican artworks that inspired their loyalty, but as they have grown older and their palates have matured, it’s now the equally lively cuisine and irresistible mango smoothies.