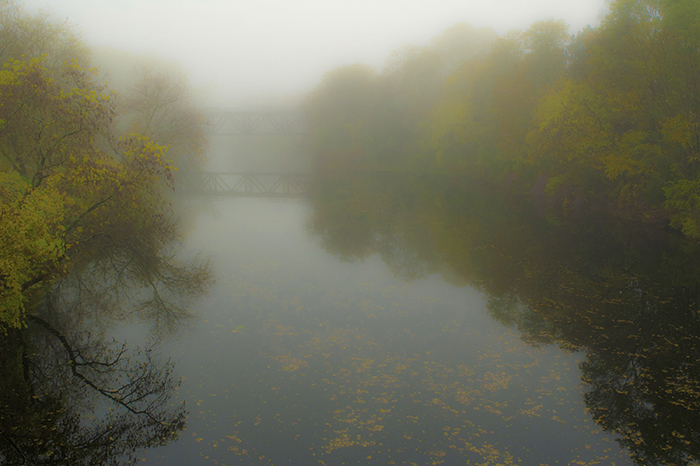 Fog on the Cocheco River in Dover

Recently, I went to one of my favorite parks to photograph a field of dead trees. They were atmospheric on a low-light winter day — eerie, in colors ranging from pale gray to light black. New growth is already filling in where the old is decaying — new beginnings.

Being a photographer means being open to the moment. That means surrendering control, but it also makes you aware of your surroundings and the gifts presented to you. Surrendering control is something on my mind a lot lately. I have been diagnosed with stage four pancreatic cancer. Just over a year ago, I was told I had between six and 12 months to live. A lot of photography is about time, and time has new meaning now.

I was the oldest child in the family, so I became the record keeper with a camera, photographing family events. Thus the journey began. I didn’t think I had an artistic gift, but I found that the more I played around with the camera as a practical tool, the more I developed my creative eye.

My favorite place to photograph is the Great Bay Wildlife Refuge, a nature preserve that was once part of Pease Air Force Base. It’s the church I go to for peace. Time stops there. It is typically quiet and I come out with fewer troubles than I carried in. For me, the outdoors is a holy place and every trip into nature is a pilgrimage.

Photography is a big part of all my journeys as I attempt to capture the beauty I see and the peacefulness I feel when I am outside. My favorite photo, though, is one I took at my daughter’s birthday party years ago, I think she was 10. Sometime between the serving and eating of birthday cake, the celebration transformed into a full-on cake fight between my two daughters. I captured the aftermath, with cake crumbs and frosting and joyful grins on my daughters’ faces.

Family time captured in photos will live on long after I am gone. It’s a beautiful way of reflecting on my life and on our lives together. Now, my photos will outlive me, perhaps sharing our lives and the world as I saw it through my own eyes with others. 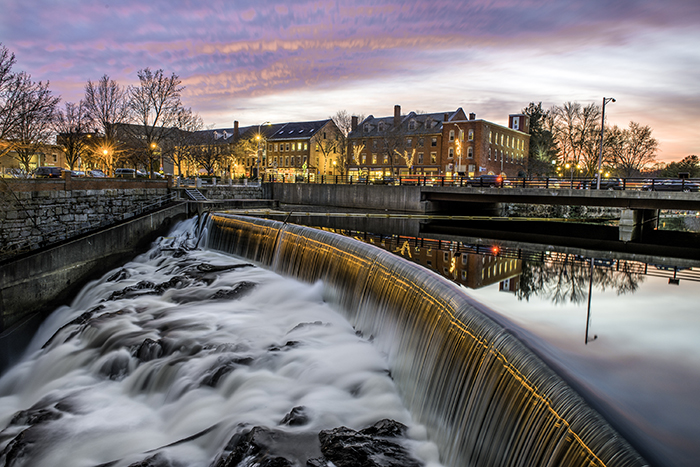 For some years, even before my diagnosis, I’ve thought about dying. I guess as we grow older and lose others we start to turn the inevitability over in our minds and wonder, “How would I like to leave this earth?” — not that I wanted to set a date. I knew I didn’t want to die in a crash: too quick, no goodbyes to loved ones. Also, no long, drawn-out living in a hospital bed with tubes running in and out, please. Something in between would be better, I guessed, and I got it. After months of vague symptoms, weight loss, testing, the doctor says, 6 to 12 months. I got an acceptable type of death, but too early. Such is life.

I think things are always a matter of how you look at them. Having faith, employing philosophy and focusing on the good has become my motto. It’s just carpe diem, in a sense, but instead it’s carpe annus: seize the year. What a gift, you’ve got a year, what shall we do with it? We counted our blessings and planned for more. I am blessed with a beautiful soul of a wife so the bucket list has become an entity in itself, no pity party around here. It’s time for family, friends and where would we love to go. We’ve filled our calendar with time spent with loved ones and we traveled back to Ireland for a second year in a row.

Now a year has come and gone, my doctor has kept my health in good shape, and now we are working on a new bucket list. Short or long, life is good! Being at peace is a gift as well — it’s a place inside where you know it’s all going to be OK. I married my love and she is my world. We’ve raised our kids and are proud of them. I’m happy with where I have been and who I shared my time with. The images I’ve captured along the way are my testament to this. The next year is another gift, an unexpected blessing. And my camera is always close at hand. 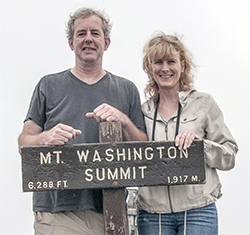 Ken Kartes’ love of nature began with visits to the zoo in his hometown of Stoneham, Mass. He now finds inspiration in his beloved New Hampshire, around the Seacoast area and the White Mountains. kenkartes.com 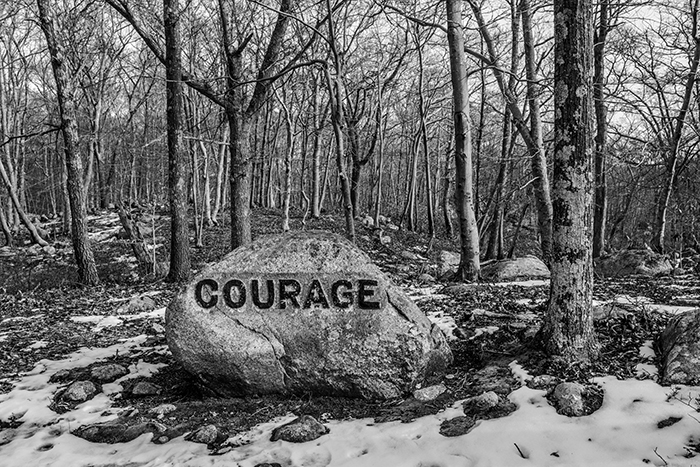 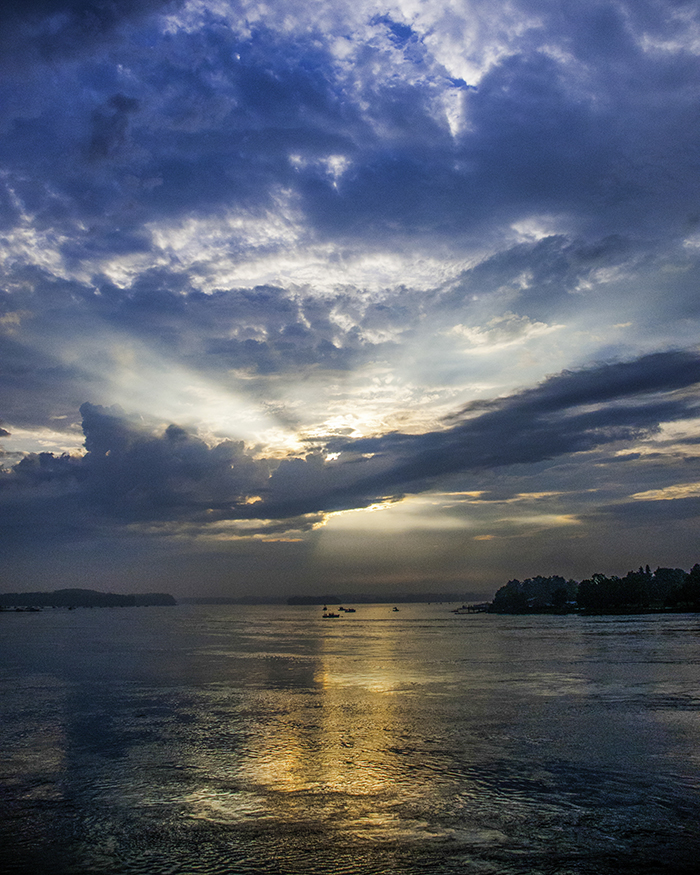 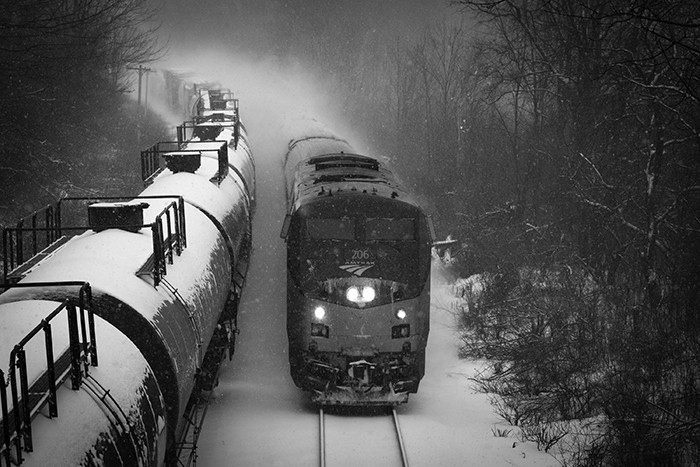 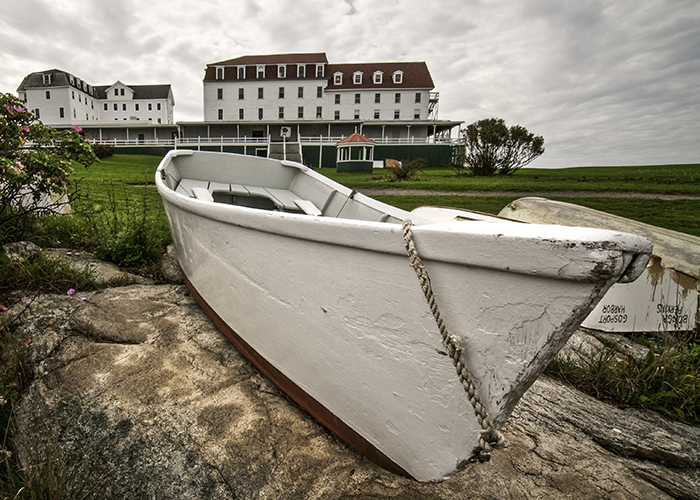 At peace on Star Island 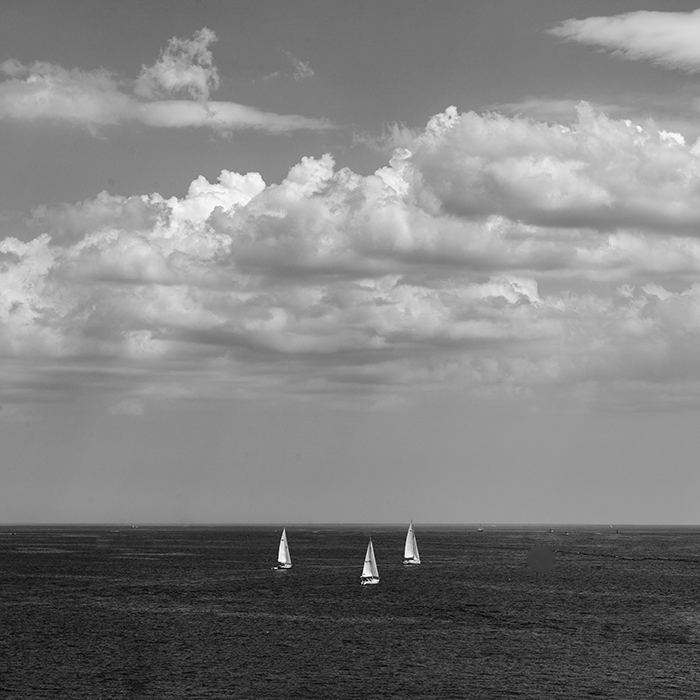 Sailing by the Isles of Shoals

From the editor: I met Ken Kartes at a photography club meeting in Hampton a number of years ago and after that he and I mostly kept in touch via social media and by simply enjoying one another’s work on Instagram and Facebook. When a mutual friend reached out last year to tell me that Ken was dying, I asked him to compile some of his favorite photos for us and we hustled to get them in to print as a tribute to his work and his special point of view on nature and New Hampshire. Kartes outlived his doctors’ forecasts and remained active and creative practically right up to the end. That end came on April 24, 2020 when he passed away with his family by his side at his home in Melrose, Massachusetts at age 58.

Although that was his final home, Kartes’ obituary notes: “Ken adored time spent outdoors. New Hampshire may not have been where he was born, but in his heart, it was where he was from. Dover was his home, and the state was his playground. He enjoyed trips to the White Mountains, Great Bay National Wildlife Refuge, the seacoast, and so many other places, far-and-near. Ken felt many lessons could be learned in nature if one only took the time to watch and learn.”

We are grateful that Ken Kartes also took the time to share the lessons he learned with others though his photography and through a life well lived.