Live free and wait in line

A note from New Hampshire Magazine: The writer filed this before COVID-19 changed everything and he had no idea that he would soon be missing exactly those same lines and traffic jams. But the irony is not lost on him, and he looks forward to seeing every person in the state in line at Brown’s later this summer. 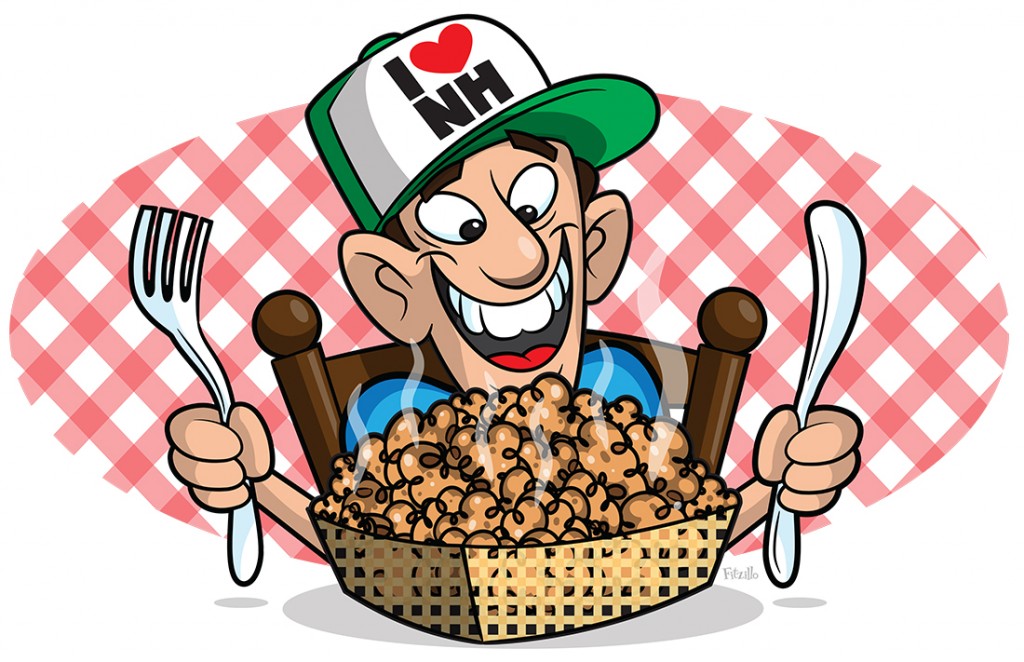 I can’t think of a better place to live than New Hampshire. Everything about it is great, except for the things that aren’t.

I prefer to live as an optimist, however, and to that end I’d be hard-pressed to come up with anything more perfect than taking the top down and going for a drive to Brown’s Lobster Pound on a warm Friday night this time of year. I know the Hampton tolls will likely slow me down for 20 or 700 minutes, but once I get through them, Route 286 will whisk me straight to my favorite fried clams. Wait, I’m being told “whisk” means something completely different than I thought it did.

At least I can log on to my hometown’s Facebook page to see if there’s a quicker route. I’ll just stand stock-still near the front living room window of my house and lean to the left so I can get some of that delicious cell phone reception. If I can get online, I’m sure I’ll find help, because those New Hampshire community pages are welcoming places populated by a tolerant, friendly folk who love to rationally talk about topics as varied as property tax, sales tax, state tax and federal tax. You can ask questions such as “How are the roads?” and “Did anyone else hear those gunshots?” They’ll set me straight. Or tell me to wake up and go back to Taxachussetts, sheeple.

Once I’ve arrived at Brown’s though, I’ll share my excitement with the entire population of Seabrook in front of me in line. They like clams too. Every single one of them.

Maybe I’ll head to the White Mountains instead, where everyone expects me to hike. It’s there that I retreat to find solace among all the New York people and ticks. On the third date with my now-wife, we climbed Cannon Mountain. It was beautiful, but some advice to others whose exercise regimen consists of not really exercising: It will absolutely kick you right in the Effingham. That day I swore I would never do that again, and after 28 years, I’ve patronized Cannon’s fine tram several times with a lot less wheezing and complaining — which is not what I’m here to do.

There is a lot to love about New Hampshire, as any number of its notable residents will tell you. New Hampshire has a number of celebrities who have called the Granite State home. We claim Ronnie James Dio, who was born in Portsmouth but moved away as an infant, and Mandy Moore, who was born in Nashua but moved away as an infant. Of course, there is Adam Sandler, who everyone loves and says is a great guy, but I wouldn’t know because I’m usually about a day behind him at the Red Arrow.

If it sounds like I’ve got a lot to complain about, I don’t. I travel a lot, I’ve been all over the country and there really is no place I’d rather work, live, sit in beach traffic, wheeze or not get good cell phone service. It’s absolutely worth it.