The Serious (or Not) Task of Picking Blueberries 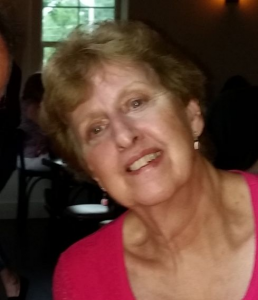 July is blueberry month in New Hampshire. Every day I water and bless my three wild blueberry bushes. My goal is to pick enough berries to sprinkle on my cereal at least once before the birds and chipmunks devour them. It could be my imagination, but I think wild berries taste better than cultivated berries.

With the exception of my three bushes, I’m not patient enough to pick tiny wild blueberries. Once or twice during the season, before breakfast, I go to Berry Bog Farm at Bow Lake in Strafford.  Right away, I start popping the fattest, juiciest berries into my mouth. Thankfully, Berry Bog does not follow the example of Harding Metals, the recycling center in Northwood.  I’m not obliged to step on the scales as I enter Berry Bog or again when I leave.

I remember blueberry picking with Mother and Aunt Lizzie when I was five. Their favorite spot for high bush berries was on Shannon Road at the edge of Dick Price’s pasture a short walk from our home in Gilmanton Iron Works.

Where to PYO blueberries

Mother took a blanket for me to sit on with my coloring books and crayons. The few berries I picked went directly into my mouth, as  ]Dick Price’s inquisitive cows watched us from their side of the stone wall. I worried one of those cows might be a bull that would crash through the gate and chase us. Thankfully, the cows were more interested in eating and communing with one another than charging.

Besides making pies, my mother canned blueberries in Mason jars. They looked pretty lined up neatly on the pantry shelves. On winter days, blueberry sauce was a welcome taste of summer.

My mother-in-law, Doris Codding, was a voracious picker. She had a gazillion buckets created from two-pound coffee cans, each equipped with a wire bail fitted into punched holes at the top. In order to keep both hands free, we tied a bucket to our waist with an old belt or piece of clothesline. Every bucket had to be full before she allowed us to return home. The length of the day depended on the abundance of blueberries. Some days were very long.

At the beginning of each picking marathon, she admonished us to “pick clean.” No leaves, stems or tiny green berries should take up valuable space in our pails. That method eliminated wasted time sorting at home. Doris Codding wanted to plop those berries directly into blueberry cake and blueberry pies.

One summer, my 14-year-old son, Brian, visited his Grammy Codding during blueberry season. She loaded her Rambler station wagon with those gazillion pails and off they went, up the Reed Road hill to the farm in Marlow. She anticipated an exciting day of harvesting berries. Brian, on the other hand, was bored before the excursion even began.

At the farm, Grammy tied a pail onto his skinny waist with a short length of clothesline. He waited until she was out of sight and engrossed in picking, then he located a rock that filled the bottom of his pail. The few berries he picked completely hid the rock.

The following day, Grammy Codding was up early baking pies that were cool enough to eat by lunchtime. After Brian polished off his sandwich, she placed a plate covered with an overturned mixing bowl in front of him. He removed the mixing bowl, but instead of a juicy piece of pie, there was the rock. His brilliant trick had backfired.

Recipe courtesy of Chef Steve James, Certified Master Baker and owner at Popovers on the Square in Portsmouth and Epping.

Combine all ingredients in a heavy-bottom pot and slowly bring to a simmer. Let simmer for about 50 minutes and store in glass jars. The chutney will keep about 2 weeks in the refrigerator. Believe me, it won’t be around that long once you get a taste of this. 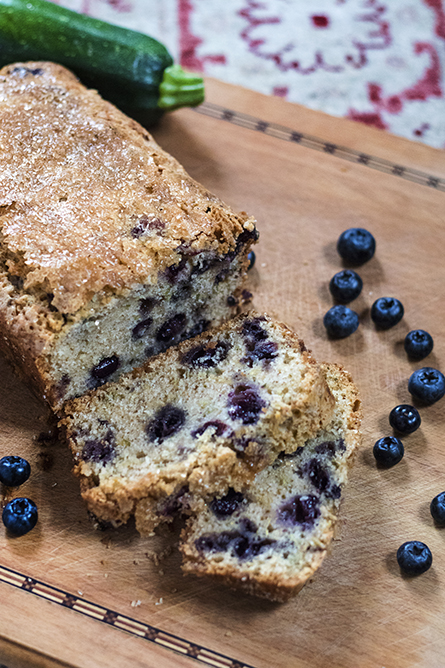 Beat the eggs until light and foamy. Add the sugar, oil, zucchini and vanilla, and mix lightly, but well. Combine the flour, salt, soda, baking powder and cinnamon, and add to the egg-zucchini mixture along with the blueberries. Stir until just blended and pour into two 9x5x3-inch greased loaf pans. Sprinkle a couple tablespoons of raw sugar crystals on top of each loaf. Bake in a preheated oven at 350°F for 60-70 minutes. Cool on a rack.