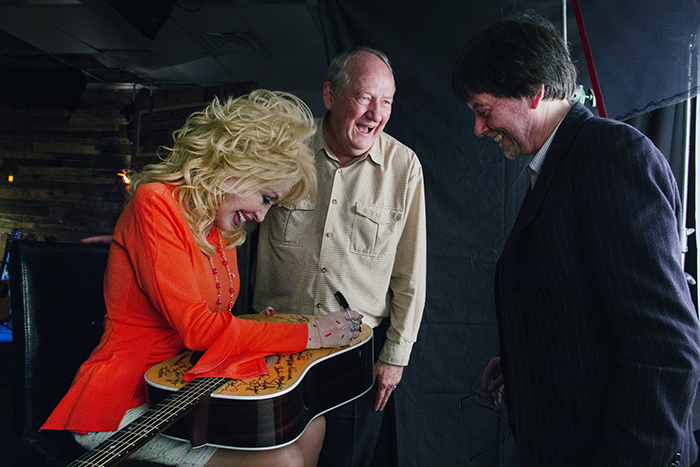 No one has told the story this way before.

That’s what PBS is saying about the soon-to-air documentary series “Country Music.” And no doubt it’s true, because the story is being told by the talented, nay legendary, team of Ken Burns and Dayton Duncan, whose work, lucky us, is based in the southwestern New Hampshire town of Walpole.

Their quest, says Duncan, is to trace the history of a “uniquely American art form and the remarkable people who created it.” And, in doing that, he adds, they hope to get past “the narrow stereotypes” of country music. “For a lot of reasons — some driven by commerce, some simply by a human need to categorize the world — narrow stereotypes have grown up over the years about country music,” Duncan says.

Even before the new series airs, it’s having an impact. Duncan says people who have attended screenings have “arrived thinking they couldn’t stand country music, but after watching an episode or two, they realized that they hadn’t understood that a certain song they always liked was country, or they’ve discovered a country artist whose songs and story they find utterly compelling. It opened them up to a lot more.”

The series traces the origins of country music, which Duncan says “isn’t — and never was — just one style of music. It’s always been a mixture of styles — from Appalachian ballads brought over from the British Isles to work songs and the blues sung by black slaves, from church music to drinking songs and minstrel songs and much more. During the course of the 20th century, as it spread across the nation, thanks to the first commercial recordings and the brand-new technology of radio, the music kept evolving, sprouting new branches.” 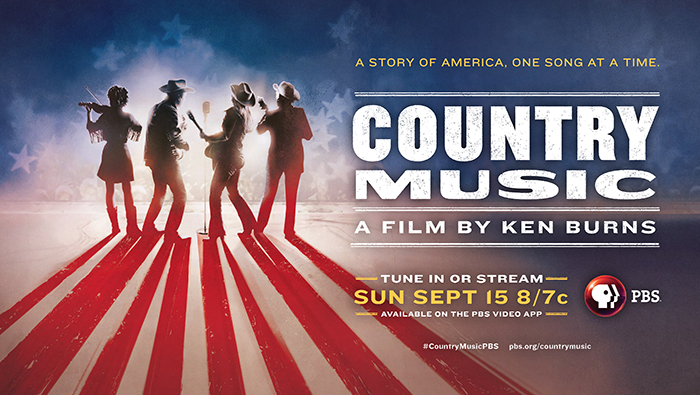 The branches explored in the series include the cowboy songs of Gene Autry in the 1930s, the bluegrass of Earl Scruggs and others in the 1940s, the smooth “Nashville” sound of Patsy Cline and the harder-edged “Bakersfield” sound of Buck Owens and Merle Haggard in the 1950s. Also, in Memphis, rockabilly, a precursor of rock and roll, led by Elvis Presley and Johnny Cash. And, in the late 1960s in Nashville, always the epicenter of country music, there’s the country-folk of Bob Dylan and the country-rock of the Byrds, and later Willie Nelson becoming a country music “outlaw” in the distant city of Austin.

The music that has been described as “three chords and the truth” deals with, as Duncan puts it, “the most basic, universal experiences and emotions — falling in love, falling out of love; struggle and hardship; the sorrow of death, the hope of redemption; the raucous joy of Saturday night or seeking forgiveness on Sunday morning.”

What country music teaches us, Duncan says, is that we’re all in this together: “As Garth Brooks says in the film’s introduction, ‘we’re all human.’ And as Dolly Parton told us, ‘You can dance to it, you can cry to it, you can make love to it, you can play it at a funeral; it just really has something in it for everybody.’”

How Country Music Evolved
There were the cowboy songs Gene Autry made popular in the 1930s, and the Western swing that Bob Wills created by applying fiddles and steel guitars to the big band sound. Bill Monroe and Earl Scruggs and others created a syncopated string band sound called bluegrass in the 1940s. Hank Williams didn’t invent honky-tonk music (it grew out of the beer halls in the Southwest) in the late ’40s and early ’50s, but he was its biggest star.

In Memphis, in the 1950s, “hillbilly” music (the name for country at the time) reconnected with gospel and rhythm and blues and the result was rockabilly, a precursor of rock and roll (with Elvis Presley and Johnny Cash out front). There was the smooth “Nashville Sound” (think Patsy Cline) and out in California the harder-edged “Bakersfield Sound” (Buck Owens and Merle Haggard).

In the late 1960s, Bob Dylan came to Nashville to record albums with a country-folk sound; the Byrds went there and created country-rock.

In Austin in the 1970s, Willie Nelson and his friends became known as “outlaws,” because they wanted to make their country music different from Nashville’s. And so on. At the same time, periodically, other artists have tugged country music back to its original roots. It’s a dynamic thing, because it’s art. ­— Dayton Duncan