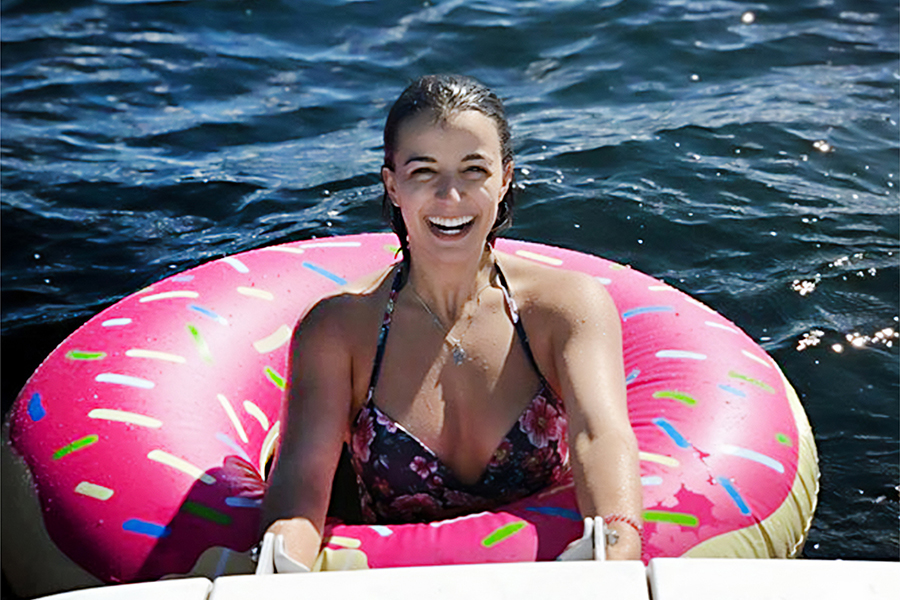 Victoria Arlen’s life drastically changed in 2006 at the tender age of 11 when she developed two rare conditions that left her paralyzed from the waist down. The Exeter native went on to defy the odds and not only recovered but has since become an accomplished motivational speaker, television host and swimmer. Her swimming resume includes three silvers and a gold medal from the London 2012 Paralympic Games as well as multiple world, American and pan-American records. Then in 2015, Arlen made the transition from athlete to sportscaster and joined ESPN as one of the youngest on-air talents. A year later, after spending nearly a decade in a wheelchair, she learned to walk again — and then some. In 2017, she stepped up her dance skills as a contestant on “Dancing With the Stars.”

Now, when back home in New Hampshire, her must-do list includes spending as much time in the Lakes Region as she can. Here are four of her favorites.

“If you are an avid skier and hiker, I recommend Gunstock Mountain because it gives you the best of both worlds. Each season has different outdoor adventures to embark on.

Lake Winnipesaukee is my favorite place in New Hampshire. You can never go wrong with a day on Lake Winni. There are plenty of swimming spots and towns you can dock at and explore.

Some of my favorite spots on the lake are downtown Wolfeboro and Meredith. One of the best crêpe cafés I have ever been to is 48 Main Cafe & Creperie in Meredith. I always get an almond milk vanilla latte and a honey butter and lemon gluten-free crêpe. (Although, if I’m being honest, all of their items are delicious!)

Don’t forget to stop at Bayberry Juice Bar in Wolfeboro for a yummy smoothie or juice, and catch a show at the Bank of New Hampshire Pavilion in Gilford for a fun night out.”