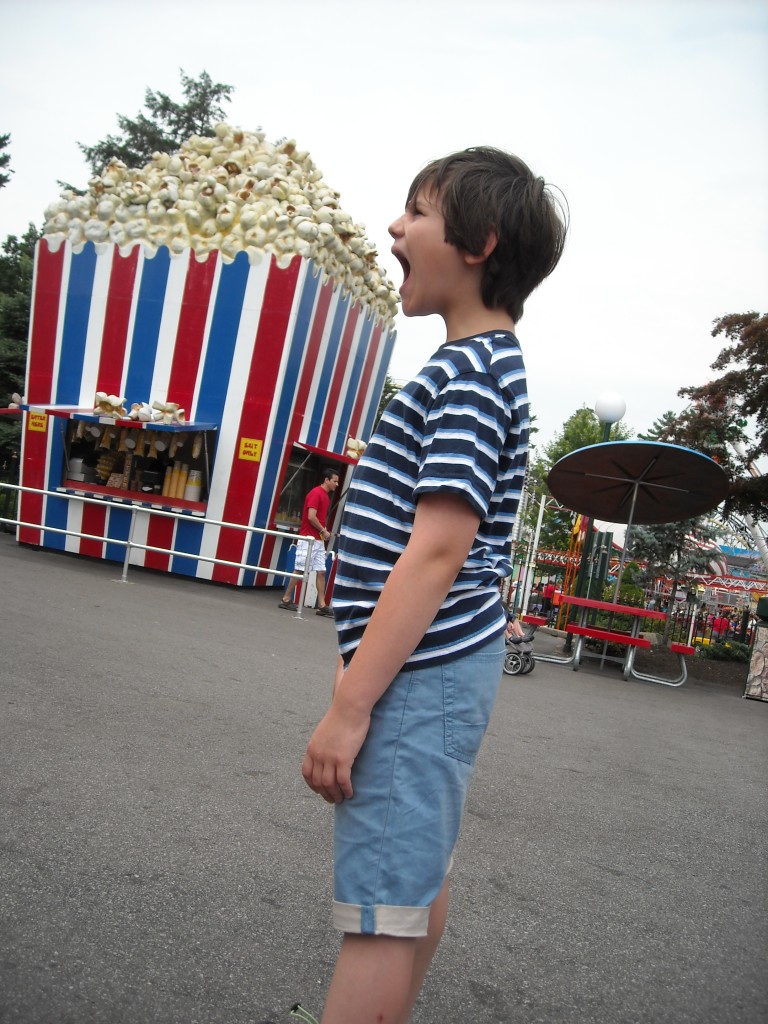 Here are Darren’s six favorite spots in the Granite State to snap “Tacky Tourist Photos,” which are pretty much the visual equivalent of “dad jokes.”

“Beach Plum Lobsters (North Hampton/Epping/Portsmouth/Salem) — All locations of this popular ice cream and seafood stand feature a large wooden sculpture of a grinning lobster double-fisting ice cream cones. If you’re feeling macabre, you can pretend to feed him a plate of the Beach Plum’s award-winning lobster roll.

Do the Polyanna Wave (Littleton) — Anchoring the lawn of the Littleton Public Library is a bronze statue of children’s book character Polyanna Whittier, an optimistic orphan girl who plays a “glad game” to jumpstart her daily gratitude and positivity. Pollyanna, who was created in 1913 by local author Eleanor H. Porter, now has her own townwide holiday every June. But you can mimic her statue’s “embrace the world” pose year-round. Extra points if you bring your own wide-brimmed hat. 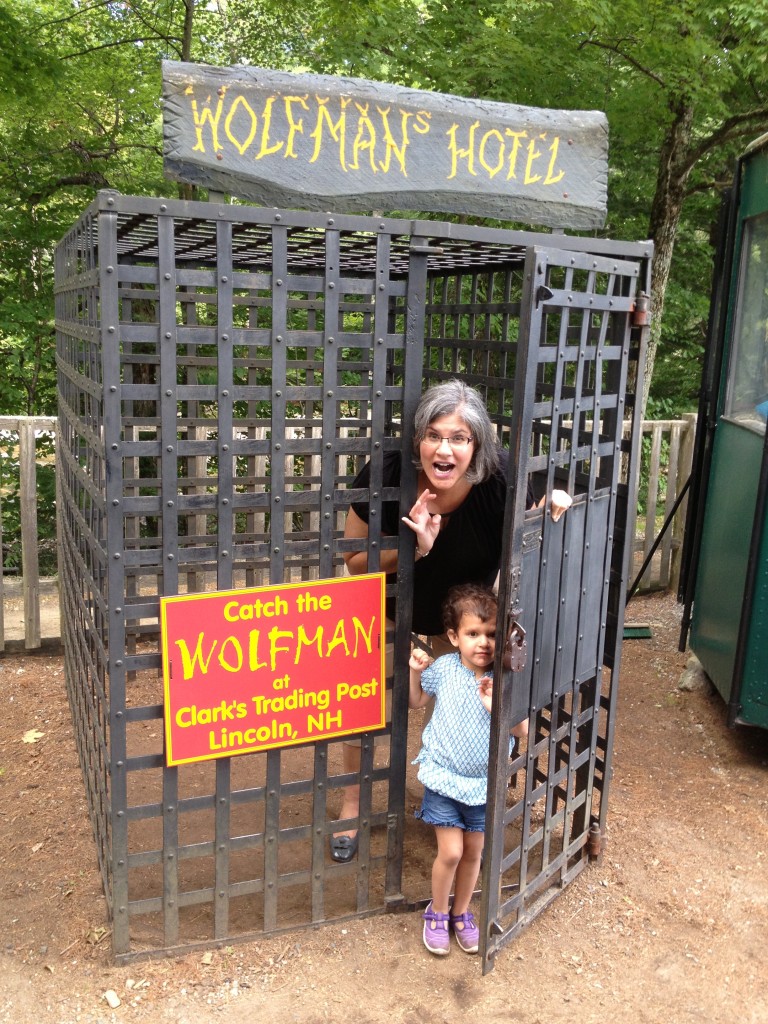 The Wolfman’s Hotel (Lincoln) — Perhaps the antithesis of Polyanna, the Wolfman is the surly hermit who chases the train ride through the woods at Clark’s Trading Post theme park. His “hotel,” an open-air cage with a dirt floor, taps into the odd tourist desire to be photographed behind bars.

Kiss the Sphinx (Glen) — Story Land amusement park has one of the largest collections of Ancient Egyptian statues and props outside of Cairo or the British museums. It’s all for the ambiance of its “Splash Battle: Pharoah’s Reign” water ride. You can smooch with the Sphinx or do your best hieroglyphic poses with Egyptian royalty.

New Hampshire’s Friendlest Rodents (Manchester) — The New Hampshire Fisher Cats, the Double-A affiliate of the Toronto Blue Jays, have not one but two furry rodent mascots roaming the concourse: Fungo and Slider. The team is rebranding itself as the Manchester Chicken Tenders for one game this summer, so perhaps a poultry photo-op is also in the works.

World’s Largest Box of Popcorn (Salem) — One of Canobie Lake Park’s concession stands is appetizingly shaped like movie popcorn. With a low-angle foreground shot, you can make your child appear to be Godzilla at snack time.”