On a snowy winter day, John Broderick finished his presentation on mental health to students at one school and then drove another two hours on the slick backroads of Vermont to speak on the subject with kids at another high school. Though classes had let out and there was a long and hazardous ride home, he stayed behind because a line of kids wanted to talk with him individually.

Even more so, they needed to.

“A junior boy came up to me and wanted to talk. I was so tired, but I said sure. He started out and his life was just on fire. He said, ‘Can I tell you something? I’m going to kill myself. I even know where I’m going to do it and I how I’m going to do it,’” recalls Broderick. “I don’t know this kid. I just hugged him and said, ‘No. No. No. We’re not doing that. That’s not who you are. That’s what’s bothering who you are. I think anybody would be having a hard time with all you’re dealing with.’”

Broderick told the student he wanted him to meet with a counselor right then and asked if he would do so. The young man agreed.

“I brought him to the counselor, and I said, ‘Now you promise me you’re going to tell her what you told me.’ He promised. Then he hugged me,” he continues. “You can’t do this work and not think, ‘What’s going on? What’s happening here?’”

Broderick, the senior director of external affairs at Dartmouth Health, knows the answer all too well. 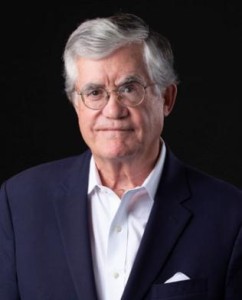 Former New Hampshire Supreme Court Chief Justice John Broderick, now the senior director of external affairs at Dartmouth Health, has authored a book “Back Roads and Highways: My Journey to Discovery on Mental Health,” which was released in September.

He tells the story of his family’s experience and writes about his campaign to educate young adults and others about the mental health crisis gripping the country. He’s already visited 375 New England schools and spoken to 90,000 kids and tens of thousands of adults in an effort to change the conversation. Nevertheless, he wants to reach more people.

“I’d love parents to read it because, in the last six years, probably 30 schools have tried to have parents come out in the evening to hear my talk, which I think is a great idea, but parents don’t assemble. I’m not unsympathetic. I know life is moving at 100 miles per hour. The topic is one that is off-putting. Some parents think that, if they go to that others will wonder why they’re showing up. I’d like parents to read the book because, even though I won’t be talking about their children, I will be talking about their children, if you know what I’m saying. That’s my hope,” he says.

The book is available at go.d-h.org/mental-health. Net proceeds from the sale will benefit the Broderick Fund to support psychiatric services at Dartmouth Health, along with community education and advocacy efforts to overcome the stigma of mental illness.

There is a mental health crisis in the United States and an inordinately high percentage of kids are among those suffering. That’s why for past six years he’s been on a campaign to confront and end the stigma surrounding mental illness. In that time, he’s traversed New England, visiting more than 375 schools while speaking to, in his estimation, 90,000 kids and thousands of adults.

“I was going to be the guy to get the gold watch. I was going to have one job for my whole life,” says Broderick, 75. He is a renowned trial lawyer who served on the New Hampshire Supreme Court as an associate justice and then chief justice over 15 years, the former dean and president of the University of New Hampshire School of Law, and a professor at the Tuck School of Business at Dartmouth College.

“I’ve had four or five jobs and I’ve loved every one of them, but I’ve left every one of them. That tells me something. In an odd way, this work that I’ve been doing in the last five or six years is important in the broad sense, but it’s the most meaningful work I have ever done in my whole life. And I’m the last guy to be doing it, at least in my own mind,” he says. “Now it’s become in many ways my purpose in life. I wish I had discovered it sooner. I wish I could do it more. Those are my only regrets.”

Broderick, with his wife Patti, was initially called to this work after their family experienced a nationally publicized personal mental health crisis involving one of their two adult sons in 2002.

In 2015, he was asked to co-chair a mental health campaign in New Hampshire and his presentations are part of Dartmouth Health’s R.E.A.C.T. Awareness Campaign, which was inspired by renowned clinical psychologist Barbara Van Dahlen. She created the “Five Signs” model to make the symptoms of mental distress — withdrawal, agitation, hopelessness, decline in personal care, and change in personality — as recognizable as those of a heart attack or stroke.

“It took a family tragedy to bring me to this point, and it took the genius of Barbara Van Dahlen, because even though I realized our family story was so public, and thank God we’ve healed, I learned in the process of that how ignorant I had been and how much harm I had done, unintended as it was,” he explains. “But I didn’t give it voice because I wouldn’t have known how to do that. I had no vehicle to do it. I’m a baby boomer, so those things were not talked about. In my case, they were more public, so people would talk to me. It drew me out some, but I didn’t go public until the campaign came along, and I got involved in that. It took off and I found myself speaking to so many people.”

The reaction from all quarters has been overwhelmingly positive, and Broderick’s mission has touched many lives while taking on a life of its own.

“When I started this campaign, my goal was to get into one school. I didn’t have a strategy. I was simply hoping somebody would invite me, and they did. Then that would go well, and they’d tell a colleague who would invite me to another school. Then I started being asked to the private schools. It has been an organic growth,”
he says.

Though this work is rewarding, Broderick admits it’s time-consuming and emotionally draining.

“There is the frustration you feel after a while. I know the problems are real. I know they’re widespread. These kids who confide in me are looking for an answer and I’m not equipped to provide it,” he says. “I can support them. I can let them know that I believe them and that their problem is real. But it’s also not without a solution. Thank God we have school counselors and community mental health centers. But we don’t have the apparatus and the information we need, so it’s not only hard to listen to, it’s disempowering to know you can’t fix it for them.”

To reach even more people, especially parents and adults, Broderick has written a book, “Back Roads and Highways: My Journey to Discovery on Mental Health.” The significance of his mission cannot be overstated.

“It’s very important to me. I’m just frustrated that I’m only one person and that I can’t wave a wand. At least when I was on the court, I could issue an opinion that somebody had to follow. When I was a judge, I had that privilege, but I don’t now. Dartmouth Health has been amazing to allow me to do this, to underwrite what I’m doing, and to support the book. I’m grateful to them. They don’t have to do this. I just wish I were 10 years younger. I’ll do it as long as I can, but I wish I were younger and understand what I now do.”