The pandemic exacerbates the problem 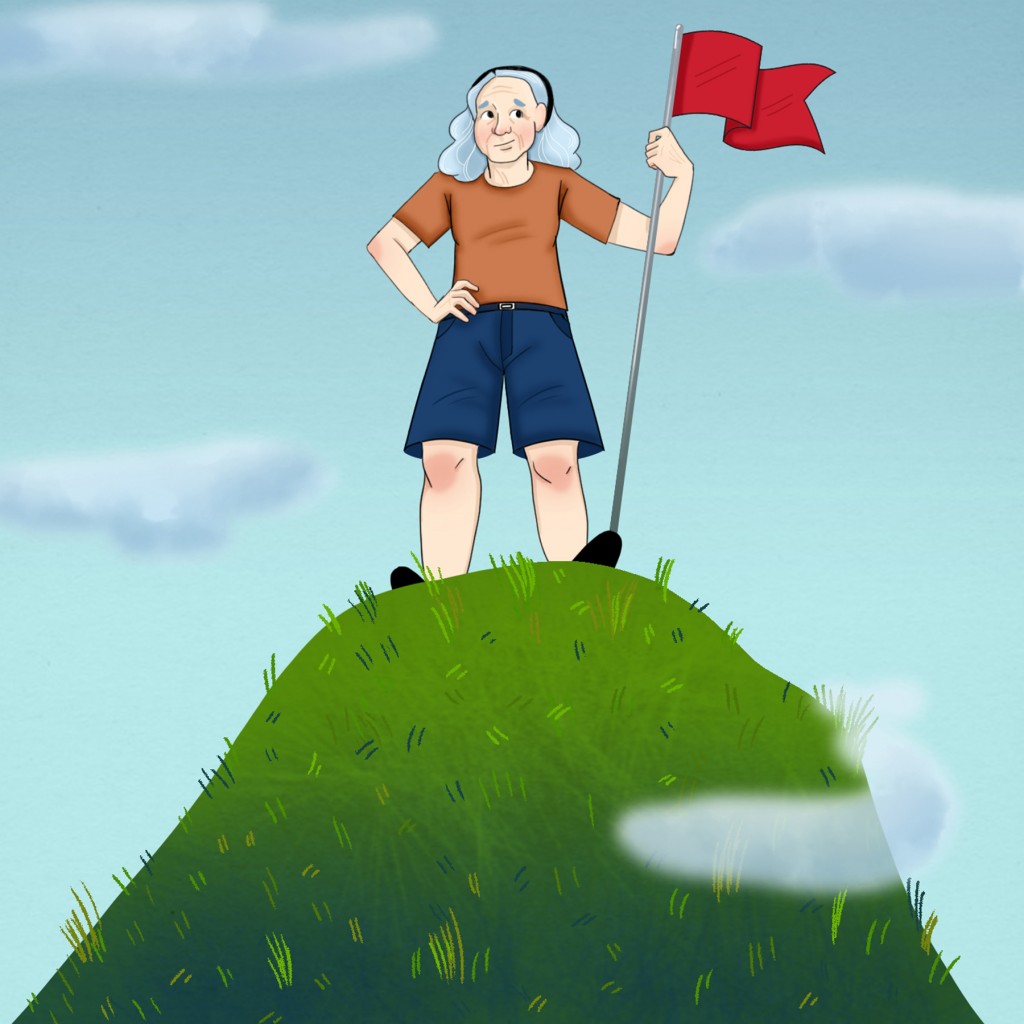 I love being called ‘Little Lady’ or ‘Pops’ by a total stranger,” said no senior ever.

Yet language that diminishes, degrades or devalues older people is common, and it’s just one of the many ways they experience stereotyping, prejudice, discrimination and far worse based solely upon their birth date.

That’s known as ageism, and it is entrenched in our culture.

The term was devised in the late 1960s by the Pulitzer Prize-winning author and medical doctor Robert Butler, who envisioned ageism would take its rightful place among the battles being waged against racism, sexism, anti-Semitism and the other “isms” during that era marked by social change and cultural shifts.

But it’s only recently that this type of discrimination has attracted the level of attention it deserves.

She is the co-director of the Center on Aging and Community Living at the University of New Hampshire, and in her role she works hand-in-glove with the New Hampshire Alliance for Healthy Aging and the newly created New Hampshire Commission on Aging in the nation’s second-oldest state.

“Ageism is pervasive. We see it in a variety of different ways,” says Rabalais. “Certainly, we see it in advertising and mass media, in greeting cards, and in the jokes about older people that are commonly told in our society. It’s so pervasive that on some level folks are telling those jokes and saying these things without realizing they are feeding into ageism.”

The UNH center and Dartmouth College’s Center for Health and Aging are among the many university programs across the United States and Canada now researching this issue. Internationally, the World Health Organization is currently leading four in-depth studies.

What experts know is that attitudes about people over 50 are baked in during childhood by the tender age of 6. By then it’s believed that seniors can’t see or hear well, are no longer competent in their careers, have memory loss, are slowed physically and mentally, and are breaking down.

“It’s everywhere, and it feeds into that singular view of aging, which is common within the general public, that aging is synonymous with decline and with deterioration,” says Rabalais. “That doesn’t allow folks to acknowledge that there is quite a diverse experience of aging. While decline and deterioration can be a part of it, it is not a part of it for everybody, and it certainly is not within the same time frame as others. There is a range of how we all experience aging, but the jokes, the ageist attitudes, and the advertisements all feed into this singular vision.”

COVID-19, which is much more deadly to people over 60 than to other age groups, exacerbates the problem. During shutdowns, some high-ranking politicians and poular media personalities insinuated that seniors are disposable, that this segment of society should be sacrificed to open the economy and save the country.

COVID-19 became known as the “old person’s disease.” Even worse, it was called the “boomer remover.”

“There were many instances of referring to older people as expendable, suggesting they should just stay indoors so the rest of us can live our lives. Absolutely, COVID-19 amplified ageism in many and almost horrifying ways,” says Rabalais. “What it has done is really amplify the impact, and it’s become apparent ageism. The only good thing about that is that with the recognition of ageism, especially if we know that the recognition of it can reduce it, people are now talking about those horrible statements.”

She says that academic research proves conclusively that increasing awareness of the problem and discussing it openly is the most effective weapon for combating it.

It’s even established that seniors who refuse to buy into the stereotypes and mistaken beliefs that old age is a less-valued status are significantly healthier mentally and physically and have a greater life expectancy than their peers. Conversely, seniors who do buy into ageism are more prone to drinking, smoking, poor eating habits, and other unhealthy and risky behaviors.

“This is a long-term social change endeavor that looks to change the public way of thinking about and talking about aging to include the many contributions that older people can bring to society,” explains Rablais. “It looks to address ageist beliefs. Our tactic to address ageism here in New Hampshire is through education and reaching out, having conversations. That is a key part of the solution. It’s not something that happens overnight. When getting the information out slowly, we begin to change how we talk about aging as a society and that will shift how we think about aging.”

Moreover, that has a direct effect on policy, and when those policies are passed by the Legislature and put in place they will benefit younger people as well. Gen Xers, Millennials and Gen Zers may not realize it, but one day they’ll be old.

“We see that a lot, even outside of Covid, that there is a zero-sum thinking that there is a finite amount of resources so if we support policies and resources for older people, then that means we must be taking them from someone else, versus the thinking that everybody in society deserves to have equal access to opportunities,” says Rablais.

“By supporting and creating resources for people as they age, it’s better for all of society. We’re all aging. We’re just on a spectrum of age,” she adds.

In American culture, which places an inordinately high value on youth and physical beauty, it is vitally important to question those stereotypes and myths.

“Absolutely,” Rablais says. “That’s where we can all start.” But to really make a difference, it’s important for people to advocate and push back against stereotypes, she says. “We can make comments to family, friends, and in business meetings when we encounter ageism,” she adds. “But it’s important that, as we recognize it, we look to how we can change it rather than making people feel like they have to apologize. We don’t want to shame anyone. One of the challenges I face when I talk about reframing aging is how do I get folks to understand the importance of shifting the language that we use and elevating how we talk about ageism. It’s still a tricky area.”

Pervasive ageism, which devalues older people and consigns them to a reduced status in society, is endemic and insidious. Nevertheless, there are steps that everyone can take to fight back.

• Watch your thoughts, words and deeds. Don’t buy into the stereotypes and myths about older people and aging. Challenge them. Everyone ages differently and there is no “one size fits all.”

• Speak up. If you find something offensive, say so. If anyone tries to talk to your family member, friend, or caregiver instead of to you directly remind them that you are the patient, client or customer.

• Stand up. Refuse to let anyone treat a senior citizen or you as “less than” or invisible just because of the numbers on the calendar.

• Stay Positive. If you can’t find your car keys, it’s no reason to freak out. You misplaced them when you were in your 20s too. Don’t reproach yourself. You possess a wealth of wisdom and a treasure trove of life experience.

• Embrace your age. It’s only a number. Remember: Everyone is the perfect age right now for where they need to be at this stage of life’s journey.

Struggling with addiction? You’re not alone.

Where to Retire in New Hampshire

How to Choose a Retirement Community

The Best Events Happening in March

The Wonderful Fans of Disney

Is This the Oldest Known UFO Photo? One NH Researcher Finds Out