For all its seasonal color and glee, there’s something a little spooky about a New Hampshire winter when the wind howls and the stars shine like watch lights over the barren trees. Scary stories are just a little scarier in the winter, and for fans of supernatural there’s a name to look for next time you’re browsing the Horror section of your local independent bookseller: J.W. Ocker. Here are three of his most terrifyingly delightful books on the subject. 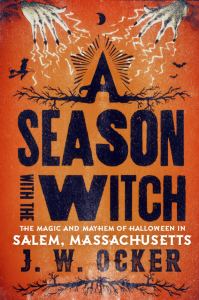 A Season with the Witch

Ocker, an occult enthusiast and Edgar Award-winning writer, moved his family to Salem, Massachusetts, to experience Halloween first-hand in one of America’s spookiest towns. Salem might have remained just another small coastal town were it not for the Salem Witch Trials of 1692. The trials, which resulted in the deaths of 25 innocent people who were accused of being witches, forever haunted the community. Today, Salem embraces its “witchiness,” and Ocker explores every aspect. He visits historical sites and bizarre attractions, talks to citizens and visitors, entrepreneurs and civic leaders, Wiccans and psychics. The result is an intriguing and complex picture of this mysterious town. Readers also get a colorful picture of what the “season of the witch” is truly like when thousands of witches, goblins, ghouls, ghosts and their followers come together in the waning days of October. 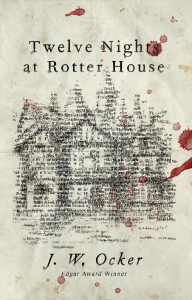 Would you dare to spend the night in a haunted house? What about 12 nights? Ocker’s novel finds a travel writer, who specializes in writing about spooky places, getting the dream (or nightmare) opportunity to spend 12 nights in the infamous Rotterdam Mansion. The writer believes the stunt will make his career but finds it may break his mind in the process. A friend joins him, and the two embark on their curious quest. They stay up nights, shun contact with the outside world, and immerse themselves in the home. Then the terror begins. Soon, they realize their time at Rotter House has turned from freaky adventure to the truly horrifying. While there are screams, visions and grotesque surprises, the most bone-chilling aspect is confronting the workings of their own minds. 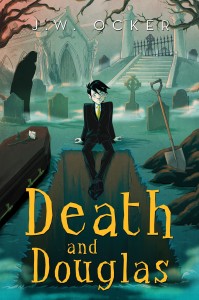 A funeral home may be an unlikely setting for a middle-school novel, but Ocker pulls off a story that is by turns funny, scary and intriguing. Douglas works at his family’s small-town funeral home and has grown up with a keen understanding of the business of death. For him, caskets, morticians and grave diggers are all part of life, so to speak. Then, as Halloween approaches, things take a creepy turn when murder victims start showing up with letters carved into their cheeks. A serial killer is terrorizing Douglas’ town and he and his friends must try to stop his murderous spree. A good story for the fireside for readers young and old.

ABOUT THE AUTHOR: Ocker admits to sometimes scaring himself when home alone. “Spooky places don’t get me, but alone at home at midnight, then I hear voices in the creaking floorboards or see shapes outside the window.” Originally from Maryland, Ocker has now lived in New Hampshire for more than a decade. Winner of the Lowell Thomas award, he is also the author of “Poe-Land: The Hallowed Haunts of Edgar Allen Poe” and “Cursed Objects,” and has written for The Boston Globe, CNN and The Atlantic, among others. Ocker hopes to next explore the sites of famous cults.