Wielding shears like a conductor’s baton, Steven Dillon makes a visible symphony out of hair, each cut an opus for just one client. An expatriate of Manhattan, he ditched the Empire State lifestyle for something a bit more sane. Despite an A-list client sheet and a residency in NYC’s finest salons, he answered his own needs for a certain peace and moved to southern New Hampshire. Although he hasn’t lost any of his vision, rhythm or energy, here he is finally able to get some sleep. 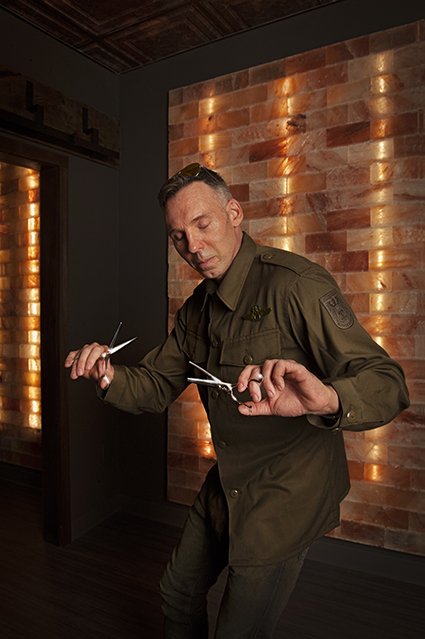 Salt of the Earth: Bien Soigné, the salon in Salem where Dillon works his tonsorial magic, is also home to one of the state’s largest “salt caves.” Lined with 18 tons of Himalayan salt, one can sit in a zero-gravity chair and simply soak up the health-inspiring atmosphere or enjoy guided meditation, massage or a variety of events, such as yoga sessions or their “Full Moon Gong Bath” (the next full moon is September 24). They also sell a variety of salt lamps to send some health home with you.